Seriously, here’s a link.  It’s a tough choice in determining who to hate more, a guy shitposting on Facebook, or the politician that appears to be trying to get him to lose his job.  No arbitrary abuse of power here…

This is my review of Highwater Brewing Sugaree Maple Pecan Pie 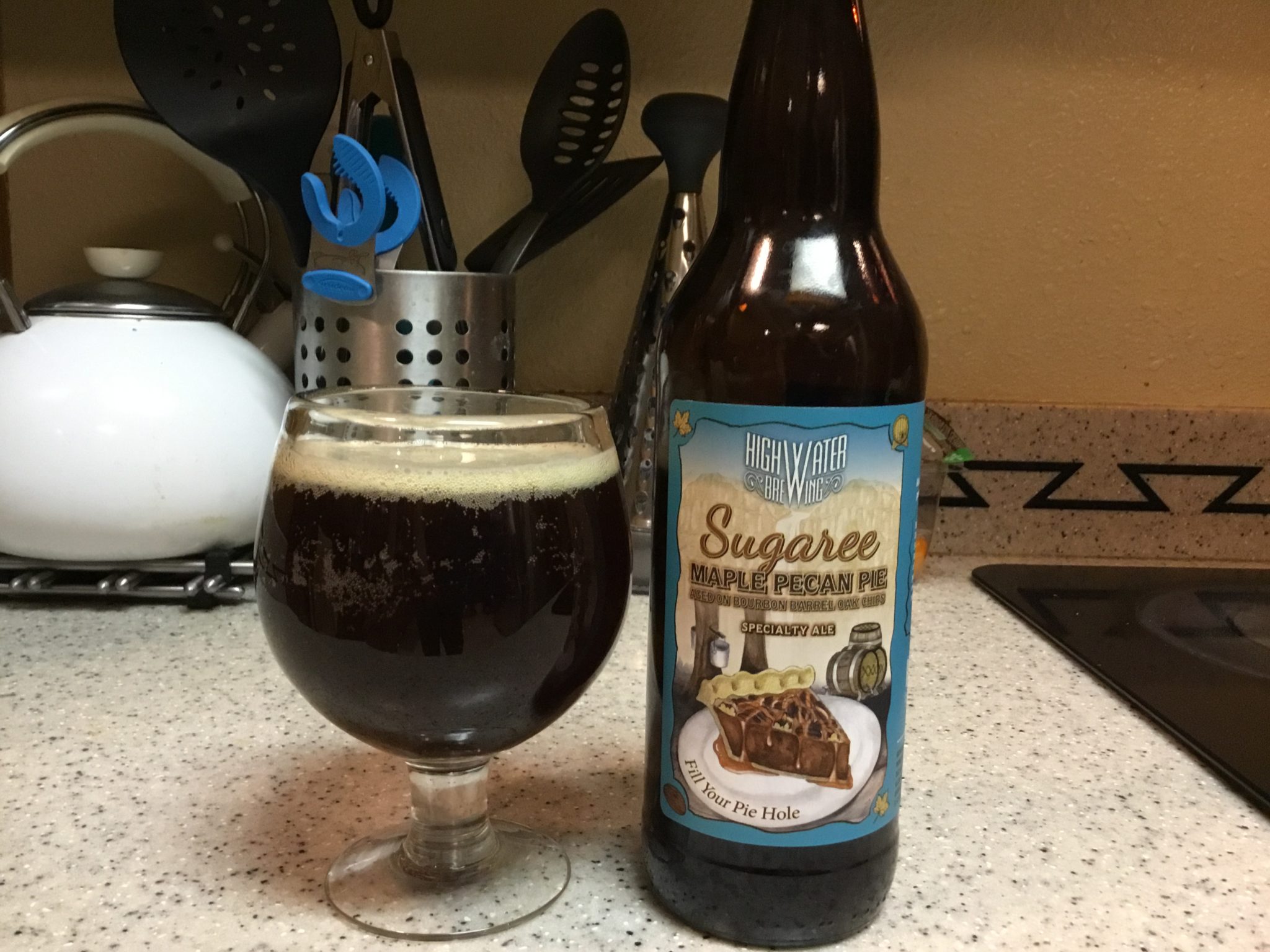 Is this the new norm for political discourse?  When did we turn into a bunch of assholes?  This is not that kind of article where I lecture you about proper discourse, or a plea for civility in political discussions, I promise you.  I am here to present a solution: 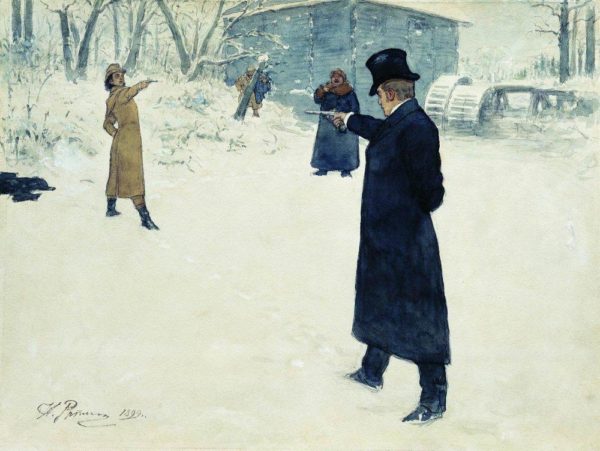 I know what six of you are thinking, “doesn’t this violate NAP?”  The rest of you are probably thinking, “Hell Yeah!”  For those six I submit there were indeed rules to dueling.

Rule 2. But if the parties would rather fight on, then after two shots each (but in no case before), B may explain first, and A apologize afterward.

N.B. The above rules apply to all cases of offenses in retort not of stronger class than the example.

Rule 3. If a doubt exist who gave the first offense, the decision rests with the seconds; if they won’t decide, or can’t agree, the matter must proceed to two shots, or to a hit, if the challenger require it.

Rule 4. When the lie direct is the first offense, the aggressor must either beg pardon in express terms; exchange two shots previous to apology; or three shots followed up by explanation; or fire on till a severe hit be received by one party or the other.

Rule 5. As a blow is strictly prohibited under any circumstances among gentlemen, no verbal apology can be received for such an insult. The alternatives, therefore — the offender handing a cane to the injured party, to be used on his own back, at the same time begging pardon; firing on until one or both are disabled; or exchanging three shots, and then asking pardon without proffer of the cane.

If swords are used, the parties engage until one is well blooded, disabled, or disarmed; or until, after receiving a wound, and blood being drawn, the aggressor begs pardon.

N.B. A disarm is considered the same as a disable. The disarmer may (strictly) break his adversary’s sword; but if it be the challenger who is disarmed, it is considered as ungenerous to do so.

Rule 6. If A gives B the lie, and B retorts by a blow (being the two greatest offenses), no reconciliation can take place till after two discharges each, or a severe hit; after which B may beg A’s pardon humbly for the blow and then A may explain simply for the lie; because a blow is never allowable, and the offense of the lie, therefore, merges in it. (See preceding rules.)

N.B. Challenges for undivulged causes may be reconciled on the ground, after one shot. An explanation or the slightest hit should be sufficient in such cases, because no personal offense transpired.

Rule 7. But no apology can be received, in any case, after the parties have actually taken ground, without exchange of fires.

Rule 8. In the above case, no challenger is obliged to divulge his cause of challenge (if private) unless required by the challenged so to do before their meeting.

Rule 9. All imputations of cheating at play, races, etc., to be considered equivalent to a blow; but may be reconciled after one shot, on admitting their falsehood and begging pardon publicly.

Rule 10. Any insult to a lady under a gentleman’s care or protection to be considered as, by one degree, a greater offense than if given to the gentleman personally, and to be regulated accordingly.

Rule 11. Offenses originating or accruing from the support of ladies’ reputations, to be considered as less unjustifiable than any others of the same class, and as admitting of slighter apologies by the aggressor: this to be determined by the circumstances of the case, but always favorable to the lady.

Rule 12. In simple, unpremeditated recontres with the smallsword, or couteau de chasse, the rule is — first draw, first sheath, unless blood is drawn; then both sheath, and proceed to investigation.

Rule 13. No dumb shooting or firing in the air is admissible in any case. The challenger ought not to have challenged without receiving offense; and the challenged ought, if he gave offense, to have made an apology before he came on the ground; therefore, children’s play must be dishonorable on one side or the other, and is accordingly prohibited.

Rule 14. Seconds to be of equal rank in society with the principals they attend, inasmuch as a second may either choose or chance to become a principal, and equality is indispensible.

Rule 15. Challenges are never to be delivered at night, unless the party to be challenged intend leaving the place of offense before morning; for it is desirable to avoid all hot-headed proceedings.

Rule 16. The challenged has the right to choose his own weapon, unless the challenger gives his honor he is no swordsman; after which, however, he can decline any second species of weapon proposed by the challenged.

Rule 18. The seconds load in presence of each other, unless they give their mutual honors they have charged smooth and single, which should be held sufficient.

Rule 19. Firing may be regulated — first by signal; secondly, by word of command; or thirdly, at pleasure — as may be agreeable to the parties. In the latter case, the parties may fire at their reasonable leisure, but second presents and rests are strictly prohibited.

Rule 20. In all cases a miss-fire is equivalent to a shot, and a snap or non-cock is to be considered as a miss-fire.

Rule 21. Seconds are bound to attempt a reconciliation before the meeting takes place, or after sufficient firing or hits, as specified.

Rule 22. Any wound sufficient to agitate the nerves and necessarily make the hand shake, must end the business for that day.

Rule 23. If the cause of the meeting be of such a nature that no apology or explanation can or will be received, the challenged takes his ground, and calls on the challenger to proceed as he chooses; in such cases, firing at pleasure is the usual practice, but may be varied by agreement.

Rule 24. In slight cases, the second hands his principal but one pistol; but in gross cases, two, holding another case ready charged in reserve.

Rule 25. Where seconds disagree, and resolve to exchange shots themselves, it must be at the same time and at right angles with their principals, thus:

If with swords, side by side, with five paces interval.

N.B. All matters and doubts not herein mentioned will be explained and cleared up by application to the committee, who meet alternately at Clonmel and Galway, at the quarter sessions, for that purpose.

Because there a rules each quarreling party must abide by this appears to be the ideal solution, particularly because both parties enter into the duel voluntarily.  Instead of getting the Shitposter’s employer involved, the Politician simply could demand an apology.  If…more likely when, the Shitposter refused, she could then defend her honor by challenging the Shitposter to a duel.  The American rules appear to have provisions in the event swords are chosen.  Because I can count on one hand the number of people I know that can handle a sword thanks to his medieval sword fighting hobby, I assume most people will choose pistols.

Furthermore, there would necessarily have to be some kind of referee involved, if nothing else to file the forms with the local courts and probably the Sheriff’s office.  I suggest we keep this modest and not have duels wind up like this: 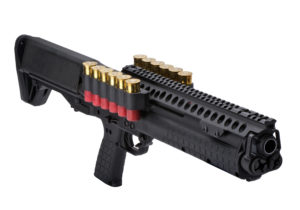 ”…can you at least tell me where to find one?”

Pistols would need to be kept simple as possible.  In the past, this was easy enough given the prevailing technology at the 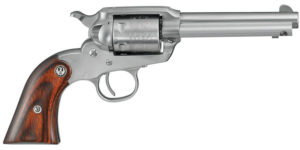 time meant sister smoothbore, flintlock pistols of various style and caliber.  Heavy triggers, slow ignition, limited practical accuracy, and at least one of duelists having the good sense to chicken out at the last second reduced the likelihood that somebody was going to die.  A modern Glock 17 might be suicidal.  A .22LR, single action revolver might be more prudent.  Why .22?  If I don’t want to get shot with a .22, I sure as hell don’t want to get shot with a .38…

A referee to ensure adherence to the rules, and provide a witness in the event the duel turns into murder, means the quarrel ends fairly.  I assume only three or four people will necessarily have to die because they called somebody a Nazi over disagreement on an excise tax on soda.  Once this happens, people might choose their words just a little more carefully, or at the very least not attempt to endanger their livelihood because they criticized a politicians actions.  Somebody criticizing your actions comes with the territory of being a politician, and your opinions being expressed on a public forum are subject to interpretation and criticism by the public.  Grow up.

As for the beer.  This is sweet.  In fact I will go so far as to say it is probably too sweet for Sugarfree.  It is essentially a nut brown ale with a touch of maple, which results in the beer tasting an awful lot like pecan pie, which I happen to like. Highwater Brewing Sugaree Maple Pecan Pie: 2.4/5

As you read these, SP and I are already out of the house and heading north on a road trip.…