Let’s drink to the EU elections

The EU parliamentary elections came and went – not that you people noticed – and the results in Romania had some significance in that the ruling Party lost massively – they are the worst, as the kids say these days. This was compounded by their leader being sentenced to jail for three and a half years on corruption charges on the very next day after the elections, with possibly more to come. This of course led to a wave of the optimistic delusionals saying Romania “turned a corner” and is heading in “the right direction”, although the actions of the government show little cause for such optimism.  This is my review of Oriel HopSaSam Ţuiple’up. 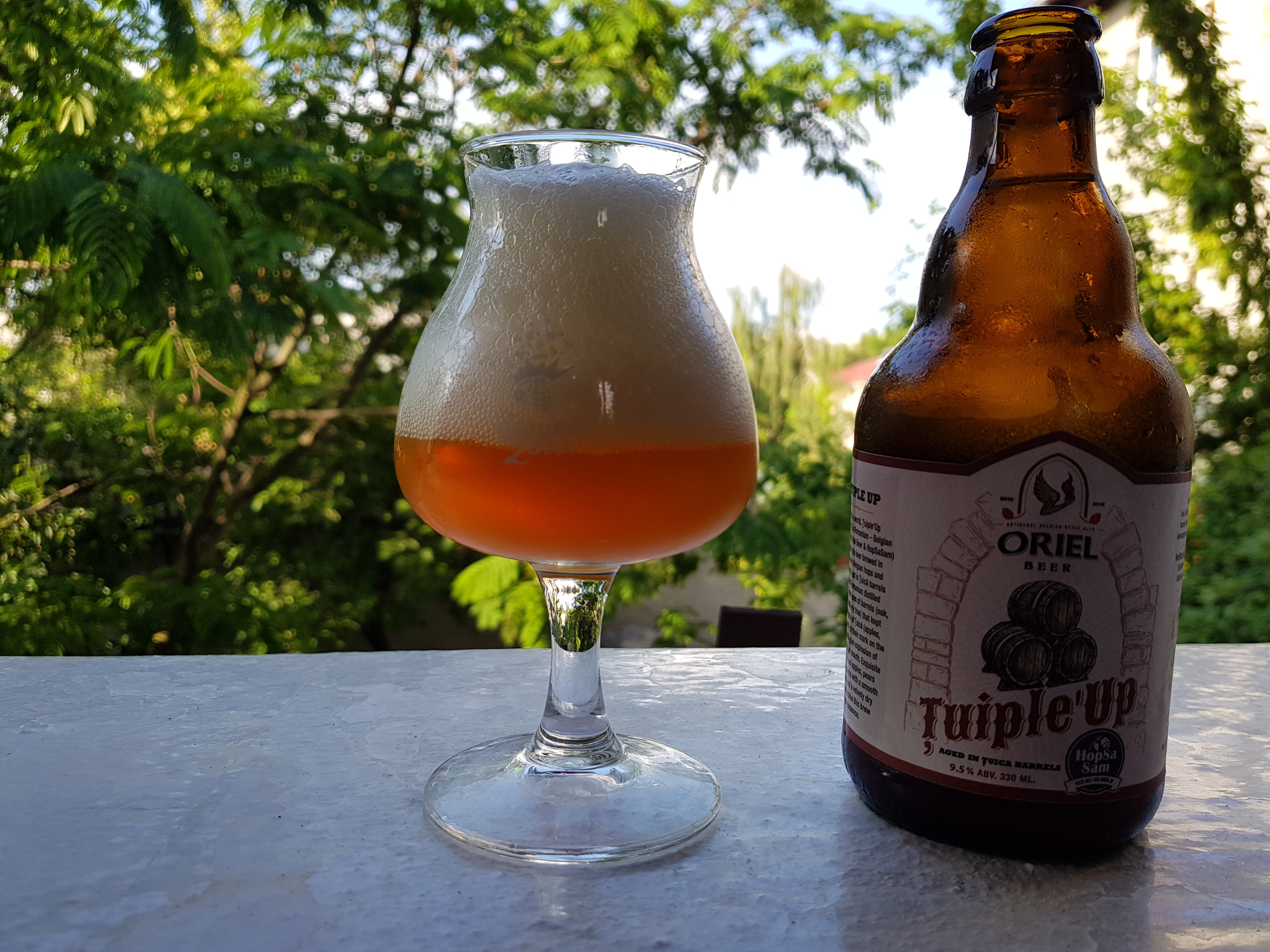 I was thinking of doing a more proper write-up on the EU elections, but I am not sure I can be bothered, so I will give a short summary of the Romanian situation. I voted myself in these ones, I am not even sure why, and chose based on potential amusement. I also voted yes to both questions of the referendum. One of them said no amnesty or pardons for corruption charges, and the second said the government would no longer be allowed to change criminal justice laws by executive order.

The results are fully in and one of the traditional “center right”-ish parties (what I call the conniving little bitch wing party), the “National Liberal Party,” PNL – European liberal,  winning most votes, followed by a virtual tie for second between the traditional left ruling “Social Democratic Party,” PSD (a mob wing party in general) and the fresh new left-right-center anti-corruption upstarts, Save Romanian Union, USR – a hipster wing party with a slight whiff of something more sinister. You never know when the same old cabal is behind the latest young hip party.  The urban youth voted quite strongly for the latter. Three more parties hit the required 5% threshold to get in. The Democratic Union of Magyars UDMR, PRO Romania party – an offshoot of PSD led by former Prime Minister Ponta and Popular Movement Party, PMP, led by former president Traian Basescu, one of the most able, for better and worse, politicians in post commie Romania. The results are mostly meaningless, as the PSD still hold the central government and most local governments, and the EU elections did not change shit, except give a bit of satisfaction the opposition. It may at least be a sign of things to come. A few more weasel parties did not make the cut. As in the last few elections, there was great scandal as polling stations for Romanians living abroad were insufficient and the voting procedure deliberately slow, as such many could not vote, as the polling stations closed despite people who had waited 8 hours in line still not getting in. The ruling party got about 3% of the vote abroad.

Now on to the beer, it is the first one made with a truly local twist – it is aged in former barrels of ţuică – the local fruit brandy for those not in the know. When I bought it, I doubted it would by my cup of, well… beer. It is a triple and I am not a fan of Belgian styles. It has 9.5 alcohol, which is more than I like. It is collaboration between Romanian microbrewery Oriel and a Belgian brewery HopSaSam. According to the owners “The name Oriel comes from the archangel of light, wisdom, illumination and sun.” They produce small batches of a wide variety of Belgian style beers. They are among the few which actually list their equipment on their site. For whoever may be curious, here they be.

The beer was aged in 3 types of barrels which held 3 types of ţuică – the traditional plum, apple and pear, made of wood used for such things in Romania – oak, cherry and mulberry. The beer costs about $3.5 American for a 333 ml bottle. For my taste in ţuică, I am all about the plum. It has the strongest and most distinctive taste (except quince that is, but quince is rare). This is the same reason many people do not like plum ţuică. So I was slightly disappointed that it was not 100% plum ţuică mulberry barrels. Honestly, you can feel the stuff in the beer, but not that much. It looks, smells and tastes mostly like a triple, which is expected and which I don’t like, too sweet and alcoholic. The plum brandy is there, but more as an afterthought, a gimmick.

While not my thing, they are among the first if not the first in Romania to try to barrel age beer, so it is overall a good thing. I also tried their quadruple aged in Belize rum casks. Same verdict, I just don’t like the beer style, so no barrel aging will change that. Smell is subdued, taste is bold, sweetish, alcohol, dark malts, some rum, some vanilla, some wood . Long finish with some bitterness, but overall sweet taste dominates. 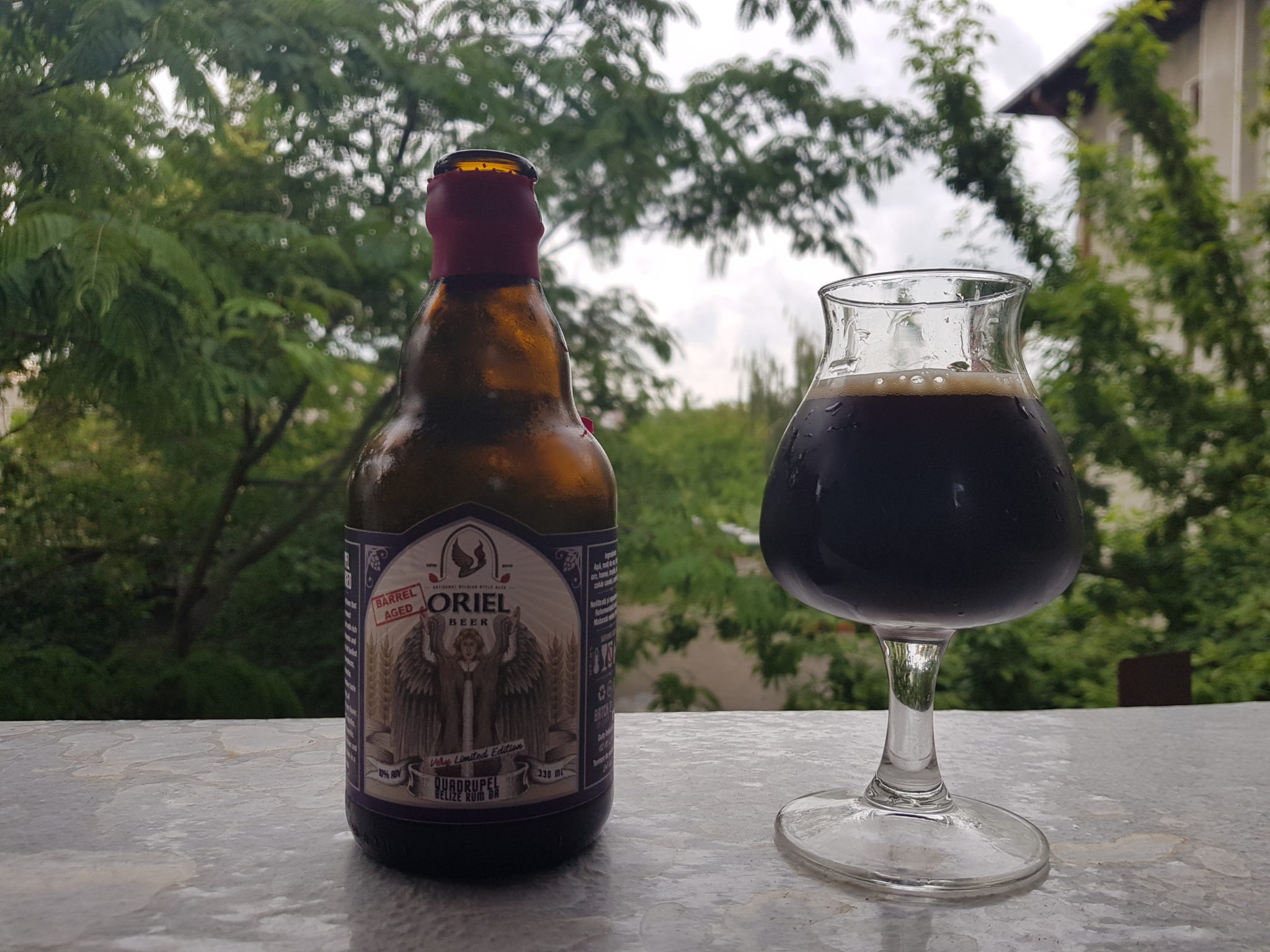 I tried to clean my palate with an IPA from a new brewer called White Collar, but it was quite disappointing, albeit more palatable to me. For a beer called Zero Taxe I expected more, but thems be the breaks. Not the best beer day for Pie. 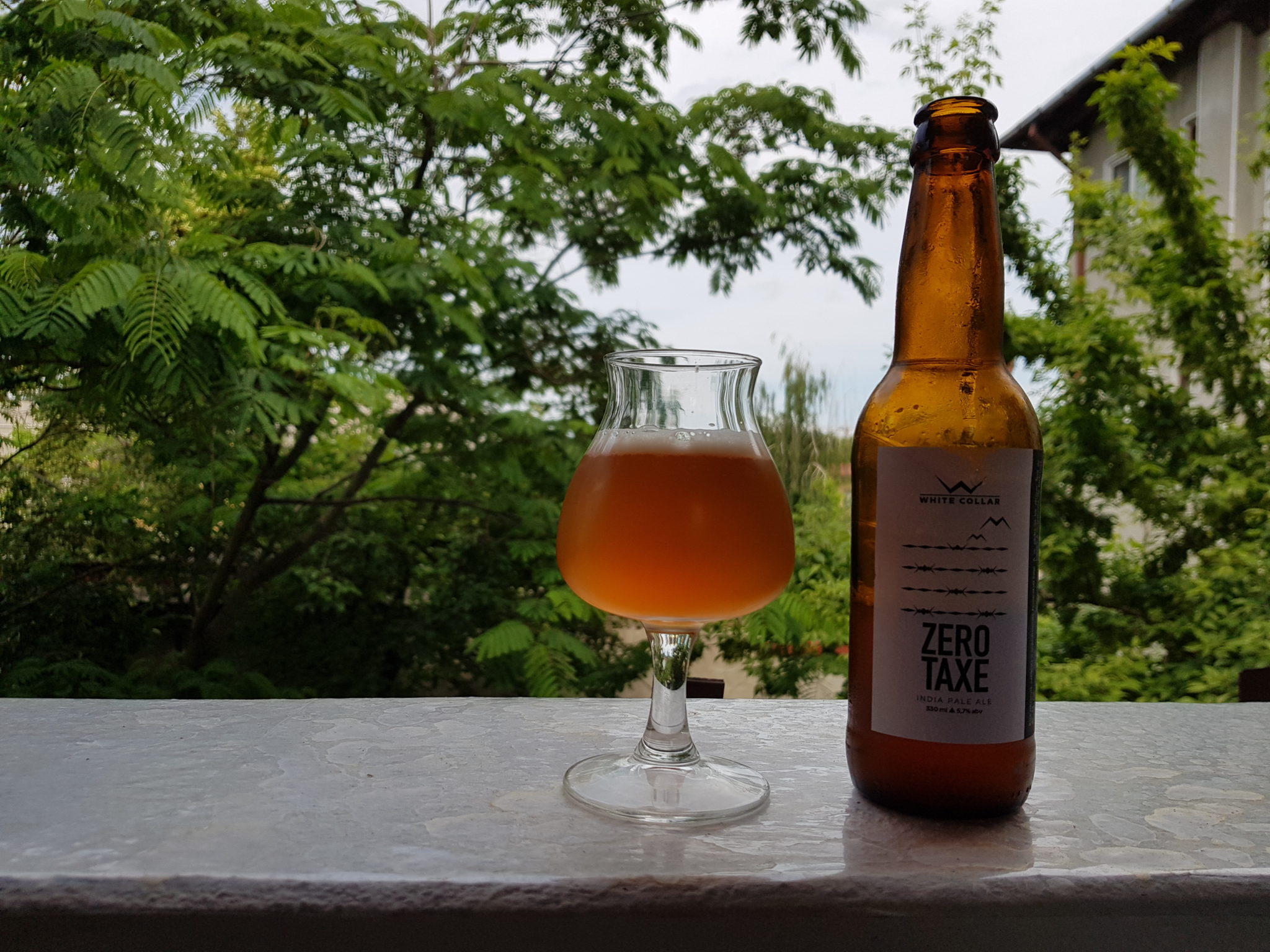 I have a doctor's appointment today. Have to go in so they can tell my cholesterol is back below the…

Good morning my Glibs and Gliberinas!  And what a glorious morning it always is!   Key figure in Mueller…