The door opened and Ramesh found himself face to face with a Troll, a Troll like in The Hobbit. The Troll was doing a dope deal with a chunky young Korean dude.

And at that moment Ramesh remembered that he was wearing a badge.

The Troll stood about six foot eight even with his slouchy posture, with a bald head and gray goatee, and several obvious piercings. He was fat, like three neckrolls fat, and dressed in Doc Martens boots, calf-length baggy black jorts, and a black t-shirt with the Thought! Magazine nameplate over his left breast. And large and surprisingly shapely breasts they were, which was a bit unnerving for Ramesh. The Troll looked at Ramesh and grinned widely. His teeth weren’t as fangy as Ramesh expected, and were clean and some had silver fillings.

“Look who’s back. Hi Doc,” said the Troll to Ramesh before turning back to the dude.

“Nice suit, Doc,” said the Troll, turning back to Ramesh. “Big change from your usual outfit.”

“Hi. Thanks.” said Ramesh, very curious but deciding his best action was to play along. He recognized the handle “Doctor Bombay, You Know from Mumbai” from lurking on the Thought! website at his boss’ behest. Perhaps all South Asians looked alike to Trolls, and obviously the dude didn’t know Doctor Bombay.

“Hey, can you drop something off with Mario,” the Troll asked Ramesh.

“Great, I’ll make it worth your while. Here’s his zee,” said the Troll producing a sealed plastic bag of weed.

“Alea iacta est,” thought Ramesh and stepped through the door.

“Here’s a bud for you. Pineapple Express.” The Troll unpalmed a smallish colita and handed it to Ramesh along with the bag. 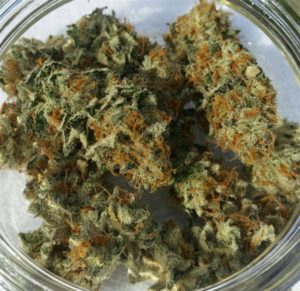 Ramesh had smoked quite a bit of pot before becoming a federal prosecutor. His gift bud appeared to be from the same batch as the weed in the bag. He gave the megabud a good sniff. It was indeed the Express, and of a most fragrant character. “Thanks,” he nodded appreciatively to the Troll and dropped the pot into his suit coat pocket.

“What are you going to be, Doc? Detective? Which timeline?”

“Junior federal prosecutor, working for Preet,” said Ramesh, remembering that the truth was the best lie of all.

Wow, so Trolls really did laugh like that, thought Ramesh.

Godwin’s laugh degenerated into a long, nasty series of lung noises which culminated in the production of a sizeable loogie which the Troll expertly spat into a short, widemouthed brass vase sitting on the floor. The loogie hit with enough force to cause the vase to tip slightly, whereupon it started rotating making a wuka-wuka noise before finally coming to rest. The oyster, which had been sitting on the lip of the vase covering the opening, slowly burbled up then burst with a wet “plorp” and oozed slowly into the vase.

“Take it or leave it, Cho. And tell Mr. Rico Suave he’ll get a nicer bag if he came down himself instead of sending his fanboi interns, and buy more than a dime bag at a time. You’d think he could afford that, right? Your bag is light because of the risk I’m taking,” said Godwin hooking his huge thumb at the sign on the door. “I’m doing good in commenter training and don’t want to fuck it up. Why are you still here?” 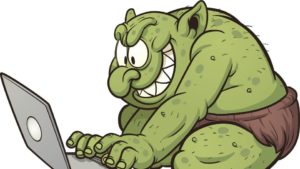 Cho stuffed the bags in the pocket of his skinny jeans, and hustled out the door and up the steps, shaking his fulsome rump in its stretchy denim cradle to Godwin’s obvious enjoyment. “Doctor Gilhooly is right, you people are all just one step away from Nazis,” called Cho petulantly over his shoulder.

Ramesh expected Godwin to pursue and catch Cho, and subsequently dismember and/or eat him. Instead, Godwin just slammed the great door shut and began beating on it with his huge fists. “That little shit,” bellowed Godwin. Ramesh now understood how the dimple had formed in the door.

“Hey, could you have the Paw do me one last time,” asked Godwin, still slightly tumescent from his scene with Cho and subsequent raging.

Ramesh didn’t know what Godwin meant by “do me,” but he was about to find out. He had nothing against gay, but working a zombie monkey paw to give a Troll a telekinetic handy was just a bit out there.

“Sure,” he said, playing for time.

To Ramesh’s surprise, Godwin turned his back and bent over slightly cupping his knees with his huge palms. There was ample buttcrack showing. The troll was wearing a black jockstrap with “NASTYPIG” woven into the waistband fabric in red, along with a pig snout logo. Ramesh suddenly felt queasy, like an hour after Chipotle queasy. 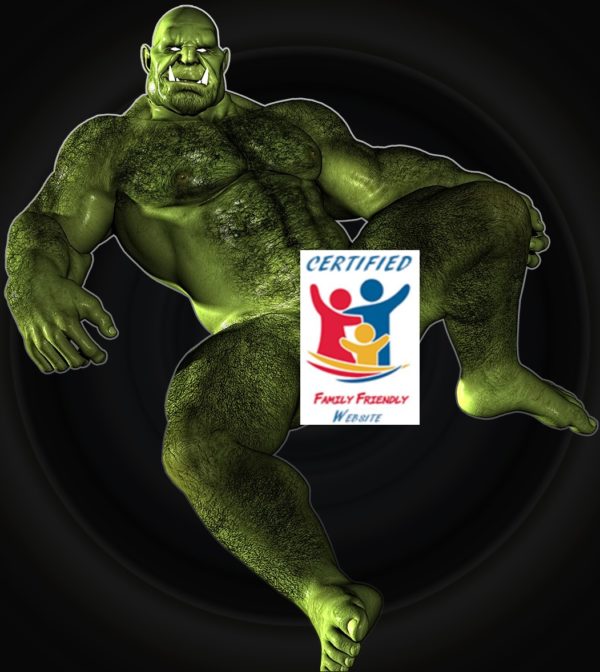 Ramesh slowly reached into the purse and extracted the Paw by the stump and held the hand upright, palm towards Godwin. He knew it was best to be very specific with tulpas, but he also didn’t want to risk giving the wrong instruction. And Godwin had said “one last time,” so presumably the paw knew what to do.

Sad monkey hoots. The Paw slowly formed its tiny hand into a claw and started flexing its fingers. Ramesh noticed a twitching lump underneath Godwin’s shirt in the vicinity of the shoulder blades. He waved the Paw around with a vigorous circular motion and as he did so the shirt lump tracked the movements of the Paw. Godwin began making a series of happy grunts. Ramesh started moving the Paw down then up, from as high as his arm would reach down to the point in space where the jockstrap waistband began to move. He didn’t want to risk taking the Paw below the equator. Dark spots appeared at several places on Godwin’s shirt, as the Paw popped pustules and expressed bullae.

“Right there,” grunted Godwin in a voice an octave below basso profondo.

Ramesh worked the paw extra special hard and wondered what he had done in a past life to deserve this. He finally finished everything that could reasonably be considered Godwin’s back, and paused.

Godwin straightened up, as much as one could with his physique. “Thanks, Doc. I haven’t had one that good since Lützi Steegenwould was here. She took the MTA out to Brooklyn to buy a garden rake with her little intern stipend just to scratch my back. Godwin became lachrymose, which eventually caused the production of another loogie and another ringing of the vase.

Ramesh had worked up a bit of a sweat. That was the difference between Western magic and Eastern magic – wizards just waved their wands and shit happened; shamans had to expend energy equal to the effect they achieved. The Paw waited for a few seconds after Ramesh stopped moving it, then started cleaning under its fingernails using its thumbnail, then vice versa. Finally the Paw balled its tiny fist then unballed it quickly three times in succession then shook its fingers out. Funny that something dead and rotting, and animated by the darkest necromancy, should be so fastidious. Ramesh dropped the Paw back into the purse.

“I guess I’ll head over to Mario’s now,” said Ramesh.

“Yeah, I know you all have to get ready. I’ll miss you guys,” snuffled Godwin.

“That means a lot, you being a William and Mary graduate.” At that, Godwin pulled Ramesh in for a big hug, and Ramesh found himself smothered in Troll moobage.

“Thanks,” said Ramesh once Godwin relaxed his embrace.

Ramesh turned and walked down the corridor, trying to be nonchalant as if he did this every day. He wondered if Godwin was checking out his butt. But even more disturbing was how Godwin knew he was a William and Mary alum. Unless Doctor Bombay was also an alum, but that would be suspiciously coincidental.

He came to to a Tee in the corridor. He stopped, looked and listened. Identical corridor in each direction. From the right he heard a muffled chorus of screeching, from the left he heard peppy Latin music.

The choice was obvious.