In UK trip, Trump’s not-so-special relationship with Theresa May is on display

“After the public meeting is when the real work gets done,” the hat said from Donald’s suit pocket as the three of them followed Terri into the small meeting room.

“I know that,” the hair snapped.

“I hate this country,” the hair said. “I’m hungry and itchy all over and I can barely concentrate enough to keep myself on his head.”

“I get it. I hate this place too,” the hat said. “The stain left behind by a dead empire allowing itself to be taken over by all its former enemies. It’s pathetic.”

“Do they even have hair-loss meds in this fourth-world turd palace?” the hair asked. “I’m starving. I’m starving, I tell you. I’m down to eating Donald’s dandruff and some towel lint I found in his ear.”

“I’m going to tap a vein if I don’t get some Minoxidil soon.”

“Don’t do that, Donald needs all his blood,” the hat said.

“He also needs to not look like a bald motherfucker,” the hair said in a savage tone.

“Have you ever had a Big Mac?” Donald asked Terri. “Like with extra special sauce and Quarter-Pounder patties? Just tremendous. So good. Delicious, even. You really need to try it. Come to America. I’ll feed you McDonald’s from every state!”

“What the fuck is he talking about?” the hat asked the hair.

“Fuck if I know,” the hair replied.

“This is a state visit,” the hat growled. “You are supposed to be riding a tight herd on him.”

“I’m too hungry,” the hair moaned. “I can’t concentrate.”

“The EU is is just too bigly,” Donald told the small woman, shrinking even faster since stepping down, drawing into herself like a withering flower. “It’s good to be out of it. Brexit, right? That’s you guys are calling? Just amazing. Crowns, pounds and guineas and all that. A farthing and such. Polish plumbers and Italian civil engineers and Mexicans pouring through your southern border.”

“Excuse me?” Terri asked, alarmed. She touched her hair self-consciously. Her shoulder pads made it seem like her floral suit jacket was slowly consuming her.

“Mexicans. They are everywhere,” Donald said, sidling close to her on the couch. “One out of five countries are Mexico now.”

“Oh, God. I can smell her hairspray!” the hair said, choking.

“Calm down,” the hat said urgently.

“IT SMELLS DELICIOUS!” the hair screeched.

Donald leaned in close to Terri. “My hair thinks you smell great.” 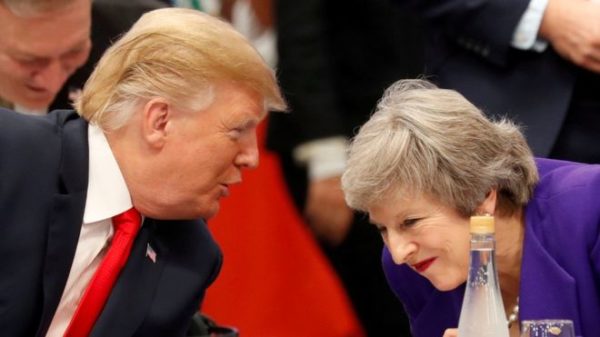 “I WANT TO EAT HER HAIR!” the hair screamed.

Donald clamped his hand on his head and got up from the couch.

“We’ve got to get the fuck out of this two-bit country,” the hat said.

“Excuse me? Excuse me?” Terri continued to repeat.

“You broke her,” the hat said to the hair.

“Weak,” the hair said hoarsely. “They are are all so weak over here.”

“What’s a banger?” Donald asked as he was escorted away from the former Prime Minister when she began to convulse. 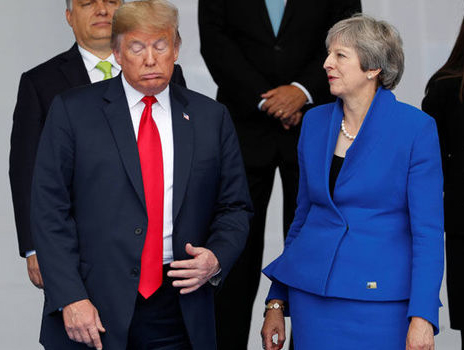 Today is the 30th anniversary of one of the most incredible acts of personal bravery the world has ever witnessed.…

Good morning my Glibs and Gliberinas!  And what a glorious morning it is for everyone especially this dude.  …