Social justice is a term that gets thrown around a lot these days, so it’s worth taking a little time to define it and talk a little bit about its history. In its original and broadest sense, social justice refers to the rights an individual possesses in relationship to the society of which the individual is a part. For centuries, to the extent that social justice was distinguished as a separate concept it had to do with the moral obligations that either institutions had to individuals within society or that members of society had to one another above and beyond their legal obligations. The Catholic Church in particular used the latter meaning to promote charity as a moral duty.

To sum it up, social justice is the idea that being a member of society entails certain obligations to society in exchange for certain benefits from society; social justice, then, is that state wherein an individual fulfills those obligations to society and vice versa. This isn’t just a matter of expecting that your garbage will be picked up because you’ve paid your bill. This has more to do with the individual’s role as a part of society, and the less transactional, more ephemeral expectations one might have of society. In some cases this overlaps with more traditional senses of justice, e.g. you would expect equal treatment under the law no matter your ethnic background, while in others it goes into ideas such as the expectation of being treated with dignity or respect.

The idea of social justice changed rapidly towards the beginning of the 20th century as the Progressive movement and the Socialist movement both seized it to add moral gravitas to their platforms. The idea itself is deliciously vague. If society has an obligation, who specifically has to fulfill it? Who determines if a person has fulfilled their duties to society? What are those duties, and what does society owe in exchange? As those movements and others since have adopted social justice as a moral justification they’ve offered their own answers, giving us social justice as we know it today.

Social justice in the modern era has a few key characteristics. It is first and foremost a revolutionary movement very similar to the Cultural Revolution. It is largely a vehicle by which a minority composed largely of young academics attempt to gain political power by breaking down traditional moral norms and establishing themselves as a new moral authority. Like the Cultural Revolution, adherents want to destroy tradition, which they see as a tool of oppression. Also like the Cultural Revolution, it is a movement based more on faith than evidence, and sees logic as a tool to be used or discarded depending on its utility in achieving goals rather than as a set of rules by which ideas should be evaluated. Finally, just like the Cultural Revolution, adherents use social pressure, fear, and shame to attack rivals or foes, particularly those who they perceive as being members of a cultural or political majority. It is this aspect in particular which makes social media, especially outlets such as Twitter, so appealing to the social justice movement.

One might think of social media in terms of eras. The ancestor of modern social media is the BBS, or Bulletin Board System, a simple, popular, effective format that lives on today in comment sections across the Internet, for better or worse. As access to the Internet became cheaper and more widespread and as web technology advanced, people began making their own websites. Later, services arose that offered an individual web presence without requiring any technical knowledge, with a heavy emphasis on personalization, such as MySpace and LiveJournal, and ultimately Facebook, which took the basic format of a personal webpage and added a social aspect. The prevalence of mobile devices brought us full circle with services like Twitter, which sacrificed some of the “webby” flavor of services like Facebook in favor of rapid broadcast communications not unlike the BBS of old. Social media started off with people talking to each other, then went to people advertising themselves, and has now arrived at people advertising themselves and talking to each other. Or, if you’d prefer, we talked to other cat owners about our cats, then made websites so that people we don’t know could look at our cats, tried to meet other people with cats, and now keep everyone updated about our cats whether they care or not.

An important trend in the development of social media is that the barrier to entry has lowered significantly. Access is dramatically cheaper and easier than it was thirty years ago, for instance. This means more people have access to social media, which means more cat updates, more responses to cat updates in terms of volume and frequency, and faster responses to the responses. Instead of sitting down at a computer, dialing the modem, waiting for the connection, and downloading text, anyone with a smartphone can post something in seconds while doing something else–unthinkingly, one might say.

Recall that the social justice movement is motivated by a desire to attack and displace what it views as the dominant power structure using tactics such as public shaming and ridicule, upsetting traditional social structures and values, and replacing them with its own, with social justice adherents taking political power from the old guard. Now, consider a platform such as Twitter. It’s a free communications service that lets users broadcast short messages to groups. It offers an extremely low transaction cost, which is to say that a person can broadcast a message instantaneously without fear of interruption, immediate physical reprisal, or damage to reputation–provided that the user has insulated himself or herself by using a pseudonym. Contrast this to, for instance, public speaking, where a person can be shouted down by a crowd, threatened with physical violence, or attacked.

Consider also the nature of social media as its own parallel social environment. Social connections made via the Internet differ from those made in any other venue not just in geographic distance but in the way in which Internet societies tend to exist in isolation from other traditional societies. In every other context, be it face-to-face, print media, television, or radio, participants maintain a connection to their personal lives. On the Internet it’s much more common, in fact it’s the default condition, that people create a separate persona. How many people reading this are using their real names as user ids, for instance? It’s not a coincidence that the phenomenon of “doxxing” didn’t arise until social media, despite the fact that for centuries now people have been able to write something anonymously and send it to a printer for publication.

One way to think of social media is as if it were taking the game of traditional social interaction and shaking the board. In this new environment you can recreate yourself. A cat may look at a king, as the saying goes, but even further, the cat can become a king. Clout in social media is largely based on one’s ability to attract attention. There’s also a deep personal investment that’s encouraged by the medium despite the potential for anonymity. Social media attention is measured in metrics such as “likes” or followers or friends. It is an environment that is extremely personal and driven by noise, rather than truth. It is, ultimately, a clamoring mob looking for direction from the loudest member, without regard for credibility. And the emotion that it evokes has consequences in the real world.

If you’ve observed discussions about topics of social justice in person, you may have noticed that they tend to falter once they start to get to details. The inability of the term itself to support any rigorous defense quickly leads to a situation where advocates must rephrase their argument more specifically and lose the moral cushion of the broader, meaningless term. In a social media context, however, the medium lends itself to an emotional argument to the crowd. Most people can explain why, for instance, a minimum wage is counterproductive to the people it’s supposed to help, but if forced to do so in a Facebook comment or a tweet, that’s a much more difficult proposition. Anyone who has tried to explain to a toddler that they can’t have ice cream until tomorrow has seen this first-hand.

So, how do you handle social justice and social media?

Ideally, don’t. Don’t engage. Social media’s low transaction cost means that people who don’t value your time or attention can throw a thoughtless comment out and go on with their day. It also means that people who have more energy and vitriol than sense and responsibility can occupy the field longer than you. Bear in mind also that these people are trolls. The goal is to get attention, not to resolve a conflict or arrive at a deeper truth. There is no scenario in which you engage in reasonable debate and both arrive at a better place.

If you absolutely must, however, never–NEVER–apologize. Never concede the point. Never even concede the terms of the argument. This not only lends credibility to their argument but it puts you in a position of guilt you won’t escape. Celebrity after celebrity makes the mistake of offering a conditional apology–”If I’ve offended anyone I apologize…”–and suffers for it. You will not be forgiven just because you did nothing wrong. The point was the attention. Therefore, if you must engage, ridicule. Poison the attention they’re getting. If there’s one thing that is absolutely deadly in the world of social media, it’s humor. Few survive becoming a laughingstock.

The shame of the modern social justice movement is that they took a benign but meaningless term and used it as a hammer for socialism and radical Progressivism. A society can neither be just or unjust; only people can be just or unjust. To say that a society can act in that sense is the same fallacy that lies behind people saying that a market failed to do X; it’s no coincidence that these same people tend to advocate for statist solutions, believing as they do that the state, whether it’s called “society” or “the market” dictate human choice. Social media is dominated by statists because statists dominate social media. In this sense it’s no different than traditional media. 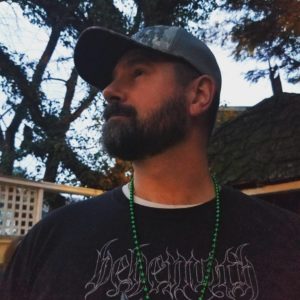