When I was younger, I used to be a robotic hacker.  There’s like four ways to parse that, but I was the most boring kind.  I hacked at it until it worked. And I wasn’t a robot, I made robots. It was a great hobby back when you had to dumpster dive for a Pentium II board, take measurements, and then beg time on a Bridgeport to make a Lexan case to whatever size the board was.

Two decades later, and I’m not making fighting robots anymore.  Or any kind of robots, really. Unless I’m doing it with my first kid.  On easy mode. With Legos or Arduino. The kid is funny. He also does exactly what I tell him to, which is really pretty weird for a kid, right?

Everyone thinks their kids are great.  And smart. And special. And cute. So how is a Dad supposed to know when their kid really is great.  And smart. And special. And cute. Well, my son is cute. He’s gorgeous. He has the warmest, most soulful eyes God’s ever put into man.  We’ve had pro, working photographers give us free sessions in exchange for a release to photograph him for their portfolio. And he’s smart.  He’s not even in middle school, and he’s reading at a college level. He’s been playing piano for a couple months, and he’s working on books for adults in their third or fourth year.  He breaks every paper-based standardized test he takes because he doesn’t get any of the questions wrong. And he’s great. He has more empathy in his heart than even his eyes would lead you to believe.  If I come home from work and have a bad day, he doesn’t say anything to me. He just comes over, puts his arms out, and lumbers in the last few steps for an awkward hug.

Why is it awkward?  Because he has to think about every step, and every motion of his hands, and where to place his chin.  Why does he do that? Same reason he’s always awkward. He needs me to show him how to take all kinds of physical actions and he repeats them.  Exactly. Robotically. Because he’s special.

Special.  I’ve never said that before, or typed it out.  My son is Special. He is “On the Spectrum” is how it’s usually put now.  And it only took me half a decade to figure it out and another half a decade to admit it.

The first time my infant son made eye contact with me and giggled, my stomach dropped out.  Babies who can’t do this sometimes never do. It’s an early sign of Autism if they can’t. I felt like I was out of the woods  As my kid grew up, it became very clear that he was very social. He never made a lot of eye contact, but he would play mirror games with adults, and he would make prosocial hand-to-hand contact.  He would echo back baby noises. He would laugh and giggle and cuddle up with anyone within arm-range. Normal baby stuff. Normal toddler stuff.

But as he grew older, the behaviors and modes of thought common to people on the spectrum started showing up more and more.  The aversion to eye contact got worse. He always needs something to chew on. He likes heavy blankets and one-piece pajamas.  He freezes when confronted with confrontation. He keeps a pair of earmuffs in his book bag because he can’t process the noise and chaos of a school bus some days.

Most days, it’s not a problem.  But sometimes it is. This year, his mother and I agreed that he was responsible enough to own a firearm.  Honestly, I think he could have handled it years ago, but we don’t own land and public ranges have age restrictions.  But now we have Secret Outdoor Range we can go to, so now he owns a bolt action .22.

And if you sat down in a lab to design up a hobby that’s perfect for my kid, you couldn’t do better than target shooting with his Dad.  For a systematic thinking, the hobby provides SO. MANY. SYSTEMS. There are four rules. Would you like to hear them? Because he can spout them off at the drop of a hat.  You want a series of repeatable physical motions? Ask him what the steps are to load, shoulder, fire, and cycle his rifle. When he goes to execute these motions he is smooth and fast.  I’ve seen more variation out of a FANUC. Safety checklist? This is a kid that makes checklists for fun. Social contact with someone like him, but where there’s no pressure to make eye contact?  Target shooting with Dad requires close social contact and has a big rule that says you have to keep your eyes down range and on your gun.

It is perfect.  Except for one small problem.

Or more accurately, one big problem.  A big BOOM!

You see, .22LR out of a rifle is pretty damn quiet.  The first time we went to Secret Outdoor Range, it was all we shot.  And it was the best day of his life. His big soulful eyes were wide above the most confident grin you have ever seen.  A year ago he looked like a cross between a baby colt and a baby giraffe. Dedicated exercise has solved most of that, but this activity merged his mind and his body in a way he’s never felt before, and his pride at his mastery of self rolled off him in waves.

So we went to Secret Outdoor Range again recently with a couple friends.  It was our second time there. I brought my 12 gauge that I always try to put a few rounds of buckshot through, just to stay in muscle memory.  The friends’ Dads both brought a few of their own firearms, including a few AR-15. After “.22 Time” it was “Daddy Gun Time” and we started with the buckshot and 5.56.  12 gauges are loud. 5.56 is loud. Daddy Gun Time is loud.

Daddy… is an idiot.

Stress is a funny thing for a body.  It doesn’t really matter where it comes from, it impacts the body the same way.  I know of one doctor who teaches his patients how to meditate so that they can meditate before he cuts them open.  Exposing internal organs to atmosphere is incredibly stressful, and leads to Postoperative Nausea and Vomiting (PONV).  Anything you can do to reduce stress before surgery reduces the incidence of PONV. He swears by this meditation trick.

Some stress responses include white face, the shakes, and anxiety.  About 15 seconds into Daddy Gun Time, and my son’s face is white as a ghost, his whole body is quivering like a leaf, and he’s wobbling his way into the cabin by Secret Outdoor Range to get away from the noise.  A few hours later, and he’s puking up the contents of his stomach.

You see, my son, who is On the Spectrum but generally doesn’t have a problem, now has a problem.  This hobby, the one that has helped him grow more in one day than anything we’ve ever seen, produces Very Loud Noises.  Noises his body interprets as stress.

In a civilized society, the answer is simple.  Go to the hardware store and pick up a few mufflers back by the auto parts.  Stick em on the end of your guns and you are good to go.

But we do not live in a civilized society.  In order to purchase this safety device, we need to play mother may I with the ATF, wait for the better part of a year for approval, and pay $200 for the pleasure.  And this needs to be done for each and every purchase. Then, once you’ve done that, you need to try to navigate a Byzantine web of state and federal laws where, if you accidently fuck up, you are instantly and accidentally a felon.

So I’ve been doing a lot of reading in the past couple of days.  Some of it has been about the ballistics properties of a little misfit round that has come to be called the .300 Blackout.  Some of it has been about the properties of various mufflers. But mostly, I’ve been trying to learn about the Byzantine web of state and federal laws surrounding the purchasing and ownership of these safety devices.

And it feels like I’m walking on a balance beam.  At the end is quality time spent with my special son in the most supportive environment he’s ever been in.  But there’s no net. If I slip, I’m a felon. 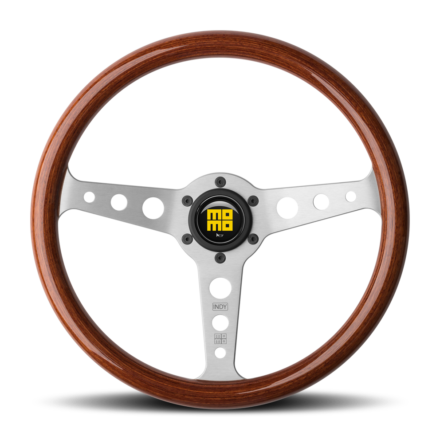 Whycome We Explode Things to Celebrate?

Good Morning my Glibs and Gliberinas!  And what a glorious morning it always is!   Sit back, relax, and enjoy…