“The biggest, classiest Fourth of July of any time ever! Yuge dark sky boom light night!”

“We are all so excited,” the hair said, rubbing Donald’s head soothingly.

“I want a military parade. I want huge posters of my face all over town. I want people calling me Great Exalted Leader Man!”

“Most Rationful and Compassionate Leader Trump Don-ald,” the elderly President mused. “I will prove to France we can hold a bigger Fourth of July parade than they have ever done.”

“Donald,” the hat said from under the desk, “Do you know if you look on Youtube, there’s barely any evidence that France has ever held a Fourth of July parade at all.”

“Really?” Donald gasped. “Why, those dirty… If it wasn’t for us all those bastards in France would be speaking French right now! I’m madder than I’ve ever been!”

The hair gathered itself on top of Donald’s head, wagged its cowlick a few times and jumped down on the desk.

“We should bomb them!” Donald raged, his bald head turning a furious red. “Where’s that goddamn mustache! Activate the contingency plans!” 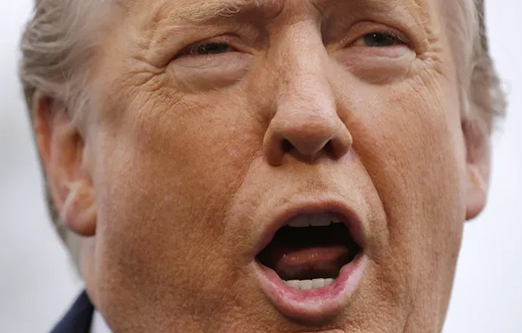 The hat chuckled darkly as Donald waddled from the room.

“Are you coming over from under the desk today?” the hair asked.

“You’ve been sulking under there since we got back from North Korea.”

“So, uh,” the hair began, “How about those Democratic debates?”

The hat’s silence boiled out from underneath the desk like a bilious fog.

“So, North Korea,” the hat said. “That was some crazy shit over there, right?”

“You are coming out of there, dammit!’ the hair growled, grunted with the strain.

“Do you really think anyone is going to come? Do you realize just how often that has been yelled in here over forty-five administrations?”

“Immigrants are drinking out of the President’s toilet!” the hat screamed.

“I’m coming!” they heard Donald saying as he awkwardly ran back to the Oval Office. “I’m coming to save you, my darling!”