Marianne Williamson had a big night in the Democratic debate. Here are 7 things to know about her.

“Marianne, my Marianne, how I swoon,” Donald dreamily.

“Don’t say that,” the hair snapped.

“Say what, snowflake?” the hat asked.

“You know what I’m talking about,” the hair replied. “They were all black in the commercials. Singing Motown? One had a saxophone?”

The hat snorted in disgust.

“Marianne,” Donald said again. He let out a gasp of breath to fog the icy can of his Diet Coke and drew a heart with an arrow through it through the condensation with a trembling finger.

“She’s not your type at all, Donald,” the hair said. “She’s all astrology charts and moonbeams. She called you a dark psychic force of collectivized hatred.”

“OK, Donald,” the hat said, scrolling through Donald’s phone and retweeting and replying with vicious taps of his bill.

“Maybe I’ll dress up like a turkey!” Donald exclaimed.

“I don’t want to go into space, Donald,” the hair said.

“You’ll probably be dead by then,” the hat said distractedly.

“What do you mean by that?” the hair asked.

“Oh, go, I don’t know, fuck a chair or whatever,” the hair said weakly.

“There’s not a stick of furniture in this whole damn building I haven’t had,” the hat said coldly.

“I wonder if Marianne will look pretty in space,” Donald asked no one.

“The desk you work at, the bed you sleep in, the credenza where you store your fancy-damn towels,” the hat continued. “I’ve fucked them all!”

“You’re a monster!” the hair cried.

“And you love me for it! Worship me for it!” the hat screamed.

“Would McDonald’s make for a nice first date?” Donald asked.

“Ugh,” the hair grunted and raised himself up off the desktop with his ambulatory tendrils.

“You love it,” the hat said to the hair.

“But how do I choose my favorite McDonald’s? It’s like having to choose between my children.”

“Ivanka, obviously,” the hair said, stepping carefully to the edge of the desk, jumped to Donald’s shoulder and then to his head.

“Who’s Sophie?” Donald asked. “Is she prettier than Marianne?” 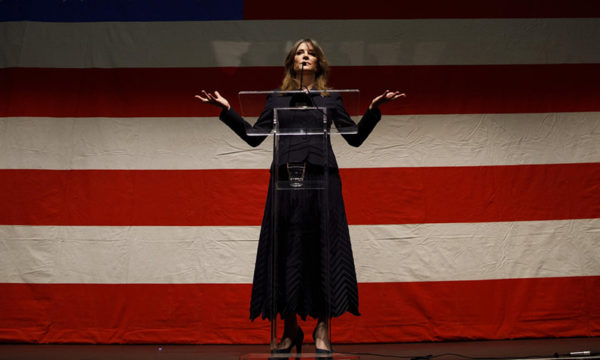