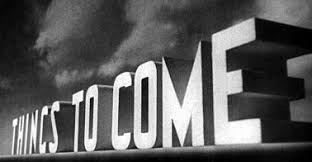 That was quite a week on Glibs. Looks like our cryptids have things sorted out…for now. You never know what they are going to get themselves into next. I wanted to second OMWC’s thanks to all of you. I know you are often on the end of the narrowed gazes, and occasional chiding from me – but lots of you have been very nice, and have even tried to help with what you can. Good on ya.

With that all said, here is our preview of the week to come.

Monday – Animal tells us of another shitlord. Later, Tulip asks a question.

Tuesday – Leon does his own look into the Future. That Mexican Sharpshooter feller has a few questions for us.

Wednesday – Begin to focus your chi….for it appears that you will need all your strength to survive a SugarFree TWO POST DAY!!!  MUHUHUHUWAHA!

Thursday – TBD for the morning. Later on, blackjack goes to the park.

Friday – You get to hear What We Are Reading. Someone in the cryptid rotation will pop in.

Weekend – OMWC, Not Adahn, Mexican Sharpshooter and a cast of thousands! OK, not thousands. But you will be entertained and informed!

I would also like to thank our contributors – you make this site more than it would be otherwise. I would encourage the rest of you to follow their good example!

The comments section is open. Have at it.