What Does This Button Do?

Well, I’m in love.  No, not with anyone I’ve met online. (Some guy called “Papa” messaged me.  His profile is “Sex, sex, sex, sex, sex, sex.”  That’s it, the entire profile. **Slams laptop shut** Eww.)  No, I’m in love with Bruce Dickinson – lead singer of Iron Maiden – as portrayed in his autobiography “What Does This Button Do? ” He’s definitely my new imaginary boyfriend.

I wasn’t a huge fan of Iron Maiden, but I had friends that were.  I appreciate what talented musicians they are and what a talented singer Dickinson is.  I’m always impressed by how long he can hold a note.  Especially since he runs all over the stage.  The concert videos look like a real workout.  Dickinson is a favorite for vocal coach reaction and analysis videos that make much of his control and technique. 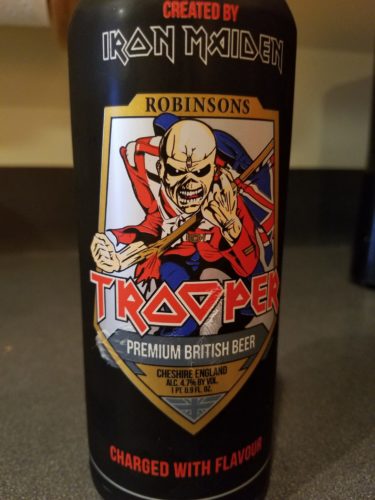 So, I put Number of the Beast on the stereo, cracked open a can of Trooper, and sat down to read.  It starts slowly and I found the early chapters before he goes to boarding school unclear.  I re-read them a few times and I still find them confusing.  Once he hits boarding school (and it hits back) it’s a great read.

He attends an incredibly horrible and sadistic boarding school where he is bullied by upperclassmen and beaten by teachers.  He does find a few bright spots.  He loves drama and readily takes to the stage.  He has a great metal working teacher that tells the boys not only will he teach them to make a sword, he’ll teach them to use it.  So, he becomes a fencer.  There is also an art teacher that arranges rock concerts at the school.  Bruce attends the concerts – Wild Turkey and Arthur Brown among others, and they blow his adolescent mind.

Once reaching university, he joins a band (teaching himself to sing properly from books) and is eventually recruited into Samson, which already had a record contract.  Samson led to an opportunity to audition for Iron Maiden.  The band liked him and he was invited to join once he passed studio checks, hearing tests, eye tests, drug tests and blood tests.  He was happy to learn he was STD free.  He didn’t just join a band, he joined a serious business, and Iron Maiden’s management treated it that way. At an award dinner an American executive tries to chat up Ron Smallwood, their manager, who snaps at him “I’m not in the music business.  I’m in the Iron Fucking Maiden business.”

The Number of The Beast album was huge.  The tour was extended several times.  While drugs were around and easily available, Iron Maiden mostly stuck to beer, generally after the work was done.  They weren’t just messing around.  They did drink a lot and engage in rock-n-roll shenanigans.  On tour in Japan, he doesn’t like what the constant partying is doing to him and decides to make a change.  He starts bringing his fencing kit with him on tour and training and competing whenever he gets the chance.  Eventually (after changing from right handed to left handed fencing), he represented the UK at the European championships.

The Iron Maiden machine rolled on, making new albums every year or so and going on tour. Creative differences started to arise and none of his songs made it onto the Somewhere in Time album.  Bruce decides to just be the singer and writes a novel.  It sells, so he writes a second.  Because, why not.

On the next album, he’s again part of the writing team, but still discontented, probably with his personal life as well.  He mentions that Iron Maiden’s success had changed his living circumstances.  He now had a big house with a pool (because he hates to swim), a fancy garden (because he hates to garden), a tennis court (because he doesn’t play) and he can’t walk to the local pub (because he wants a pint without having to drive) and a fancy garage for the expensive car he never drives.  He thinks a lot about leaving music altogether.

He doesn’t.  Instead, he makes a solo album, then a second and pursues getting his pilot’s license.  Once the second album is complete, he leaves Iron Maiden.  While pursuing a solo career, he does a concert in Sarajevo during the war.  He writes the screenplay for Chemical Wedding.  Because, why not. 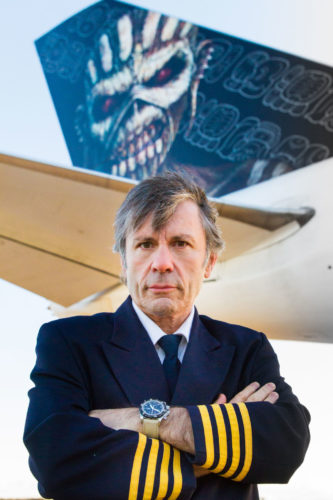 He gets his pilot’s license and buys a small plane but really wants to fly the big planes.  So he becomes an airline pilot.  He didn’t like the training program, so he writes a study guide and ends up one of the trainers for British Airways.  Because, why not.

He eventually returns to Iron Maiden and is one of the pilots for Ed Force One – the Iron Maiden plane that they use to tour the world.  Note that the entire time he is working as an airline pilot, he is continuing to tour.  I love the image of him requesting time off to go do a gig.  Oh, and somewhere along the way, he helps make Trooper, the Iron Maiden beer. The last part of the book covers his battle with throat cancer (he’s not impressed with morphine) and return to singing.

Overall, this book is very focused on his musical career and activities that touch on that.  He leaves out his personal life and much of his entrepreneurial activities.  (He is apparently a big investor in air ships as well as an airline maintenance firm.)  I enjoyed his self-deprecating humor and his discussion of image in rock.  He says he realized early on that he would have to be ‘substantial’ because he wasn’t good at the image part.  As examples, he describes his stage outfit for Samson, which included a custom made, gold lame jock strap to be worn over his pants and his design for his Somewhere in Time tour outfit – an outer space D’Artagnan maybe made from a space lizard.  His descriptions made me giggle.

I have no doubt that this autobiography is every bit as carefully curated as Billy Idol’s.  I just like the person portrayed much, much better.  What a fascinating, curious, and restless man he is.  I give it five stars for being such an interesting portrait of someone who never stops reinventing himself. 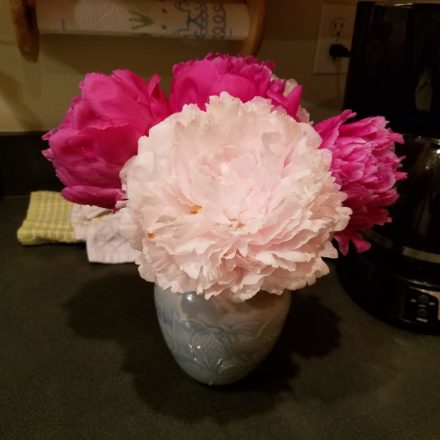