Whycome We Explode Things to Celebrate? 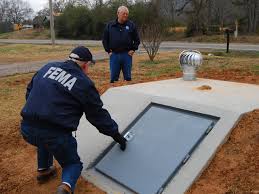 “Some Swiss Servo guy is holed up in there.”

I used to love fireworks. As a kid, that was the best part of Independence Day. Fireworks shows, shooting off bottle rockets and Roman candles…. ah.

Then a year in NE Afghanistan went by. Came home and went to a Class A baseball game near my town, that featured a fireworks show afterward. First shot started a bit of a panicked reaction from me. (No, really Chipwooder, it did!) It was the sound, not the flash or such. I excused myself, and figured I would wait it out in the restroom. WRONG. Being a Single A park, it was cinderblock and sheetmetal…it actually amplified everything. Before I could really freak out, I got back to tell my wife, that I kind of needed to leave. As we walked back to the car, the show ended. Haven’t been a big fan since. Going to Iraq for the second half of TEH SURGE didn’t help any adjusting, I am guessing. 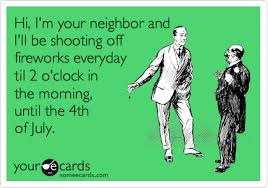 Later, being a bit discomfited by my fireworks enthusiast neighbors, I wondered….why of all days, is this the one people blow stuff up to celebrate? [NOTE: by the time this started happening, I had started to transmogrify into a libertarian. No police were called, no complaints to the City, no going out and yelling at them….especially since their kids seemed to love it.]. I mean, there is some history of noisemaking on New Year’s Eve…firing off guns seems to be a tradition in many places. [When I was a prosecutor, I spent 8 months running a branch court location in a city with…a sizable Messican, um, transient population. New Year’s Eve 1998, we had 286 calls of shots fired. The next year, the cops got smart – they had a Spanish speaking officer in each car, and they would simply go the area and have the cop tell everyone…”Happy New Year. By the way. No shooting here, please. People think it is a gang war. Thank you and good night.”] But nothing on the scale of July 4.

(Missing by only two days, due to the difference in the vote of Congress and the Declaration being dated)….John Adams explained to his wife

“The second day of July, 1776, will be the most memorable epoch in the history of America. I am apt to believe that it will be celebrated by succeeding generations as the great anniversary festival. It ought to be commemorated as the day of deliverance, by solemn acts of devotion to God Almighty. It ought to be solemnized with pomp and parade, with shows, games, sports, guns, bells, bonfires, and illuminations, from one end of this continent to the other, from this time forward forever more.”

OK, so I see where this started.

And as any libertarian could tell you – what started as a sort of spontaneous celebration was slowly co-opted and somewhat smothered by the gubermint. Eventually fixed as a holiday, then an unpaid Federal Holiday…then, of course, a paid Federal Holiday. The guns, bonfires and bells got shushed or extinguished. But the fireworks remained. Until the nanny-statists started getting them banned, or taken over by the G. Some cooperation with sponsors and such has kept many a civic fireworks show going (“Macy’s Fourth of July Fireworks, as seen on NBC! Chicago Navy Pier Fireworks show, brought to you by Miller Lite”). In many liberty oriented states, fireworks are legal (Hi, Indiana!) and often brought by the carload into more nanny-scold states (Illinois) and blasted away with a complete disregard for rules, laws and finger-wagging. While I may not care for it, I say “good!” At least one little bit of defiance of the Panopticon State.

Go shoot off a Roman Candle and pack of bottle rockets for me, will you? I’ll be in the basement with the dog and some imperial stout or whisky (or both). 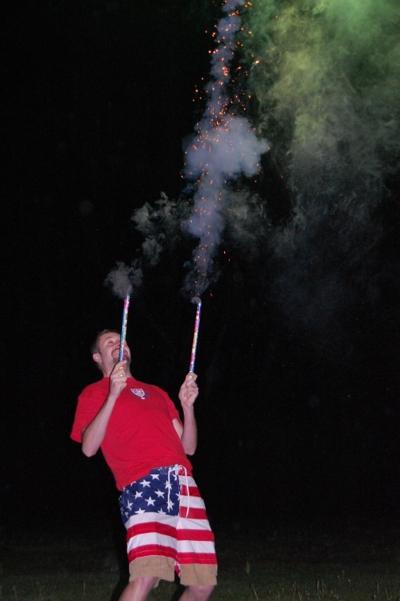 May or may not be Brett L