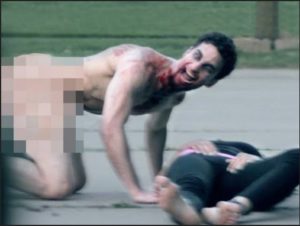 Brett is having technical difficulties today.  Apparently has been in talks with a group of Bellarussian chemistry students located out of a small operation in Bolivia.  Let’s just say, they have good stuff.

Now for the links down south!

Bolsonaro made those remarks to reporters in Brasilia shortly after the website G1 reported that the president’s chief of staff, Onyx Lorenzoni, had rejected the offer outright.

“Thanks, but perhaps these resources are more relevant to reforesting Europe,” Lorenzoni was quoted saying. Referring to the recent Notre Dame blaze in Paris, he went on to suggest that if Macron cannot “avoid a predictable fire in a church,” he might not have much to teach to Brazil.

The BBC asks:  Why does nobody care about the same Amazon fires in Bolivia?   1.  It’s Bolivia, who care?  2.  Bolivia is currently governed by an “agreeable” technocrat, who  is currently taking it up with the courts there to abolish the term limits and seek a 4th term as president.

Guess what time of year it is?  Yup, that’s right.  Its time for Trump to take a dump all over hurricane plagued Puerto Ricans!  YEAH!

“It’s troubling to us that people who are released are being tracked for reasons that have nothing to do with whether they’re likely to appear for their court cases or abscond,” said Judy Rabinovitz, deputy director of the American Civil Liberties Union’s Immigrants’ Rights Project.

LOL.  That’s terrible.  Now do it for everyone else being tracked for reasons having nothing to do with appearing in court. 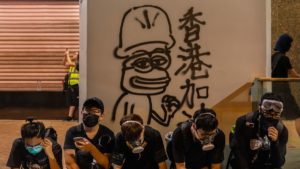 Speaking of famous Mexicans in the news–Alt-right harbinger of hatred Pepe the Frog is back …in Hong Kong.

Last but not least, this has nothing to do with Mexico, but Ilhan Omar is in the news again for marriage related shenanigans.

The physician, 55, and her 38-year-old husband — who has worked for left-wing Democrats such as Omar and her Minnesota predecessor, Keith Ellison — have a 13-year-old son together.

“The parties physically separated on or about April 7, 2019, when Defendant told Plaintiff that he was romantically involved with and in love with another woman, Ilhan Omar,” the court papers say.

Beth Mynett told her husband that she still loved him and was “willing to fight for the marriage” even after his admission, according to the court papers. The pair had been living together for six years before marrying in 2012, the filing said.

Splinter explains, How to Disarm America.