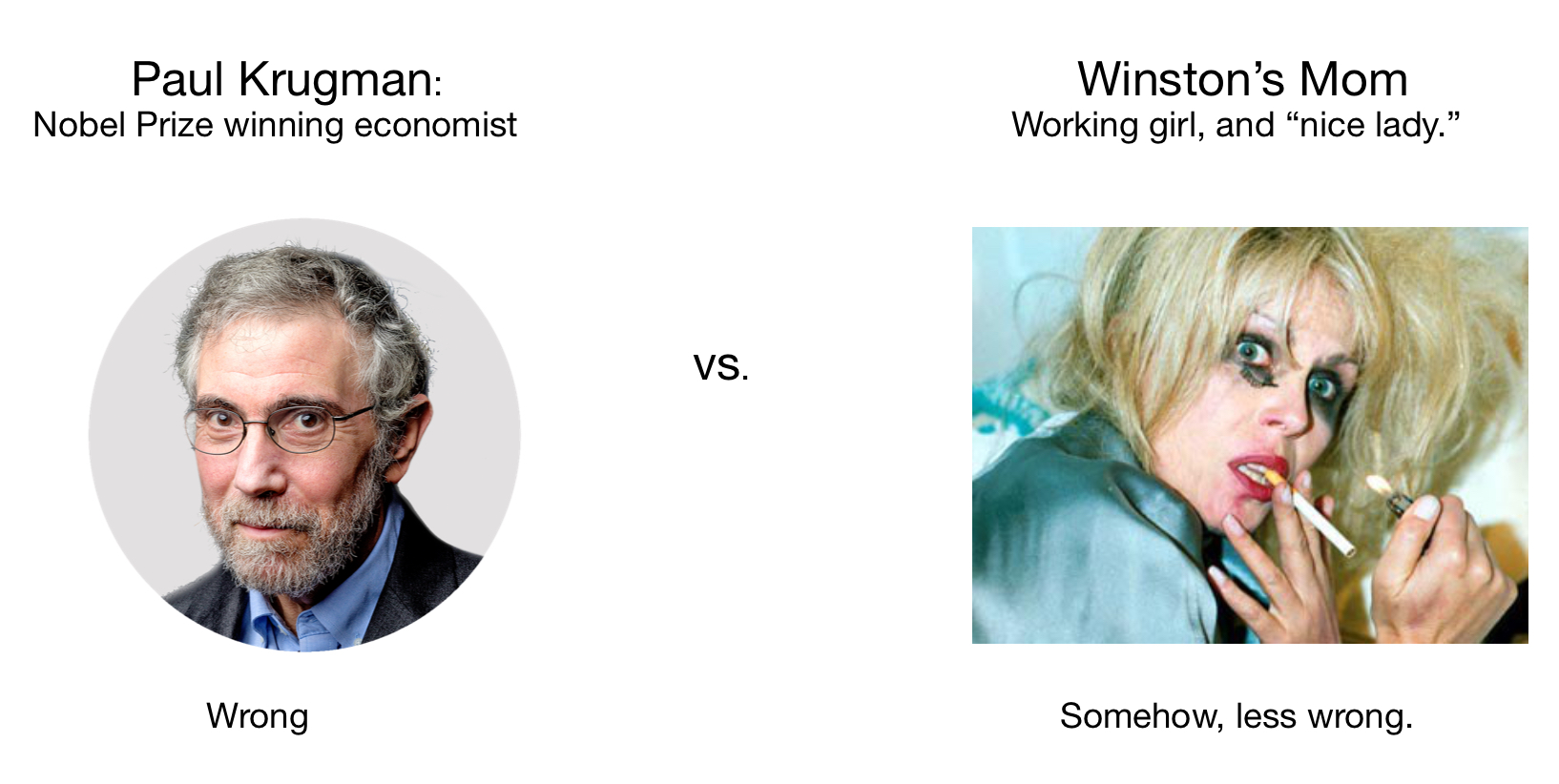 Whoever came up with the phrase “useful idiots” — it’s often credited to Lenin, but there’s no evidence he ever said it — was on to something. There are times when dangerous political movements derive important support from people who will, if these movements achieve and hold power, be among their biggest victims.

I myself would have guessed it was Khrushchev but it never really mattered to me to look it up. Odd that you of all people are openly discussing the term…

Certainly I found myself thinking of the phrase when I read about the Trump fund-raiser held at the Hamptons home of Stephen Ross, chairman of a company that holds controlling stakes in Equinox and SoulCycle.

Most reporting on the Ross event has focused on the possible adverse effects on his business empire: The young, educated, urban fitness fanatics who go to his gyms don’t like the idea that their money is supporting Donald Trump. But the foolishness of Ross’s Trump support goes well beyond the potential damage to his bottom line.

I mean, if you’re a billionaire who also happens to be a racist, supporting Trump makes perfect sense: You know what you’re buying. But if you’re supporting Trump not because of his racism but despite it, because you expect him to keep your taxes low, you’re being, well, an idiot.

That assumes Trump is a racist.  The problem you aren’t seeing is it is a nearly meaningless term.  Anybody that even has a remotely tangential support of Trump, or a single policy of his is now branded a racist by the left.  Because there is absolutely no other explanation that somebody might want to see immigration law enforced, or even might play along with his shenanigans to see something resembling free trade with China.

No other reason whatsoever…

Never mind how unlikely it is for an open racist to become a billionaire.  If you openly disapprove of nearly any group normal people will want nothing to do with it because last I checked, pretty much nobody approves of racism.

It’s true that Trump (breaking all his campaign promises) has indeed cut taxes on the wealthy, and will surely cut them further if re-elected. By contrast, whoever the Democrats nominate is likely to raise those taxes if she or he wins the general election, perhaps substantially.

Depends on the promise, then again–there are so many politicians that manager to keep their campaign promises…

But let’s get real. If you’re a billionaire, you don’t need the extra money. At that level, purchasing power has nothing to do with the quality of life; having a 45,000-square-foot house instead of just 40,000, or flying to one of your multiple other residences in a bigger private jet, won’t make you significantly happier.

People who’ve studied the extremely rich argue that money, for them, is largely not about being able to buy things but is instead a way of keeping score; their satisfaction comes not from more consumption but from overtaking their perceived peers.

And tax cuts don’t help on that dimension, since your peers get the same tax breaks you do.

Hey shithead, do you really think we’re stupid enough to believe a billionaire like Tom Steyer with large investments in renewable energy projects get the exact same tax breaks as other billionaires like I dunno, the Waltons?  I would argue their businesses operate in significantly different ways and what they collect from them and the taxes they pay…or in the case of Steyer, what they don’t pay vary.

More to the point, Trumpism is about much more than tax cuts: It’s an attempt to end the rule of law and impose an authoritarian, white nationalist regime. And even billionaires should be terrified about what their lives will be like if that attempt succeeds.

This is especially true if you’re a member of a minority, even if your skin happens to be white. Ross is Jewish — and anyone Jewish has to be completely ignorant of history not to know that when bigotry runs free, we’re always next in line for persecution.

In fact, the ingredients for an American pogrom are already in place. The El Paso shooting suspect, like many right-wing terrorists, is a believer in “replacement theory” — the claim that immigration is part of a vast conspiracy to replace whites with people of color. And who’s behind that conspiracy? You know who: “Jews will not replace us,” declared the torch-carrying marchers in Charlottesville.

He was also a psychopath that was afraid of robots replacing workers, engaged in eco-hysteria, and had no compunction with murdering a crowd of people, what’s your point?

In any case, billionaires who imagine that their wealth will insulate them from the purges and insecurity of an authoritarian regime are deluding themselves. Look at Vladimir Putin’s Russia, a place Trump surely sees as a role model. Putin certainly coddles an inner circle of oligarchs. But he has shown no hesitation about using a politicized legal system to persecute and ruin his critics, no matter how wealthy.

Oh, and don’t say it can’t happen here. The man who prompts chants of “lock her up,” who has declared the independent media “enemies of the people,” has made it abundantly clear that he’d love to engage in politicized prosecutions of anyone who gets in his way.

Has he locked her up?  Has he locked YOU up? You run your mouth non-stop about the orange man, if he was half the authoritarian YOU think he is you would already be in a federal prison fellating your cellmate in exchange for protection from the Aryan Brotherhood.

Again, there are surely some wealthy Americans who want to live in that kind of country. But most Trump-supporting billionaires would probably be horrified at the prospect. So what are they thinking raising money for a would-be authoritarian?

The answer, of course, is that they aren’t thinking. Instead of considering what a consolidation of Trumpist power would mean, they’re reacting mindlessly out of a combination of greed and ego.

By the way, the greed part is obvious. But it has also been clear since the Obama years that a fair number of the superrich aren’t satisfied with being immensely wealthy; they also want adulation. They expect to be praised as heroic job creators and are enraged at any suggestion that some of their number may have behaved badly, let alone that they may have benefited from a rigged system.

There are a lot of people that work for billionaires.  I don’t recall working for a homeless guy, at least not full time.

The fact of the matter is billionaires are probably just as diverse and opinionated as anybody else.  They probably have personal reasons for doing what they do, who they support, and where they put their money.  They are probably motivated by different things, that’s how individualism works you see…

The problem is where people like you come in and insist that its good the little people will boycott some upscale spinning gym, if you want to call it that (see you tonight Warty).  Decisions in the market used to just be who suits your preferences best for a price you can agree on.  For people like you its good that we have products and services geared towards specific political ideologies or for specific causes a subset of activists.  You can’t buy wood from Home Depot, they support Trump. You can’t buy Nutella, it contains palm oil (fuck those orange monkeys), you can’t eat at Chick-fil-a, they don’t like gays (even when the manager is clearly a rug muncher), you can’t buy from Amazon because they treat their employee’s like shit. Suddenly I have to sit and decide between two separate products based on team politics.  Team politics sucks balls.

Hence the hatred for even reasonable, pro-market progressives like, say, Elizabeth Warren. It’s not just that these progressives might make billionaires a bit poorer, but that they make them feel small.

But this is no time for such pettiness. Vast wealth brings many privileges, and it will continue to do so even if progressive Democrats win big next year. What wealth doesn’t bring is the right to let self-indulgence turn you into a useful idiot, lending aid and comfort to a movement that’s trying to destroy America as we know it.

That stupid broad again?  Now who’s the one being petty Mr. “The orange man is going to fucking destroy us all!” 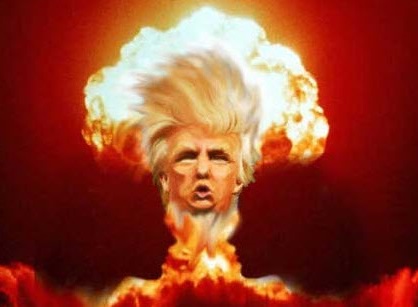 I think my kids pulled my rearview mirror off when climbing around in the car yesterday. And of course, just…

Hope you've all had a wonderful week so far.  Mine has been a treat, as I've been able to come…