Hope you’ve all had a wonderful week so far.  Mine has been a treat, as I’ve been able to come back and do these links again.

I don’t know about you, but I don’t take preseason football seriously, so I won’t even bother giving them. But I sure am ready for football to get here. Your winners last night in baseball were:Boston, Chicago (NL), Tampa, NY (NL), Atlanta, St Louis, Chicago (AL), Oakland, Los Angeles (NL) and the Houston Astros hung on after another great pitching outing from their starter and a very shaky 9th from the bullpen. But a win is a win! 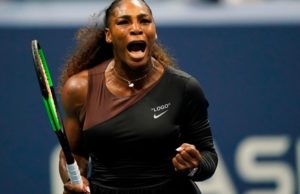 I so want another meltdown like this. But in Round 1.

Just in case you were wondering about the US Open draw, here are a few interesting tidbits.  Interesting that Sharapova and Serena get to play in Round 1.  I’ll be getting my popcorn for the press conference if Sharapova wins that. Because I can assure you that Serena will go completely off the rails.

My God, I just noticed I’m getting behind and better hurry up so I can be on time with…the links!

I don’t know about you, but this is good news as far as I’m concerned. I’m sure the media will spin it as a sign of the impending financial apocalypse (that they’ll forget in December of next year and pivot to something else), but it would be nice to see prices keep falling. 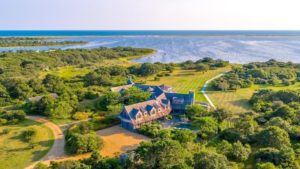 It’d be hilarious if global warming put that underwater. Too bad it isn’t real.

Everybody is entitled to live where they want. Even if they think the rest of us shitmunchers “have made enough money at some point”. Double-points for screeching about global warming  and then buying a mansion on Martha’s Vineyard. Pretty house though.

I never got this shit.  Why do people go apeshit when someone has received a donation from a piece of shit?  The correct response, as far as I’m concerned, would be to say “Yeah, he gave us $800k. We’re glad we have it so it can be put to better use than he’d have done with it. What he did was awful and we hope we put the donation to better use.”  But no!!! Can’t do that. You have to go give the money away now to another charity and recalculate your budget. Because somehow the money was dirty when you got it but its not dirty when you send it somewhere else?  Man, social signaling sucks.

San Francisco has announced a new large-scale program to build two new centers for the homeless to shoot up in and use as public toilets.  But don’t worry. They won’t be built for six years, so they’re for the next crop of homeless. 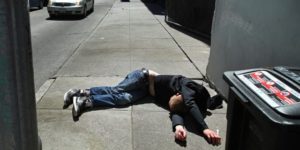 Jimmy Carter is back to doing the thing he did best. Good for him. I wish more former politicians would get into actual charity work. It sets a good example that charity do more than government programs.

The next round of Dem debates may be crowded after all.  I don’t care about Steyer, but I hope Tulsi makes it. Just so she can show she’s anti-war and the progs can go after her as a Russian stooge because she doesn’t want war.  Plus because she’s pretty damn good looking.

Anyway, here’s today’s song.  Be sure to turn the volume to max before you click the link.  Trust me.

Anyway, have a great day. Yeah, you.