While I was eating breakfast I got a bunch of alerts on my phone.  ZXY is down.  WVG is down.  ADXT is down.  All down.  Dangit.  Trump must have called somebody a cunt again.

I got something else equally disturbing in an email. 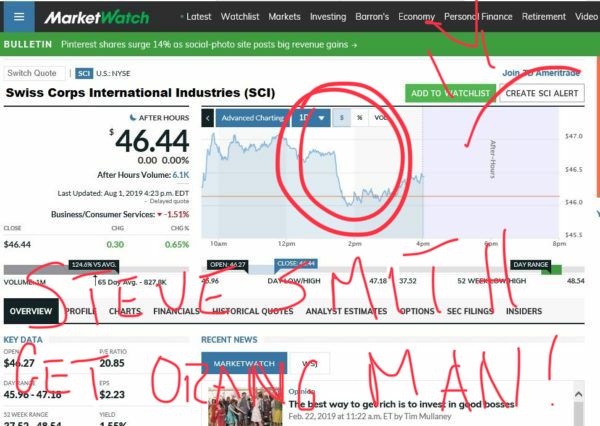 Oh no…I need to call Swiss, anything but calling Swiss…

While I was scrolling in my phone for his unlisted number…I got a call.

“This Prathiba from Swiss Corps International Industries.  Nice to see you have manual dexterity and can push the little green call button on  your phone.”

“Hi Prathiba.  You get deported back to Hell yet?”  Two in a row.  Maybe Swiss’ outsourced executive assistant, really is good.

“That funny, shithead.  Sit tight and stay on line.  I patching you through to Mr. Swiss.”

“Permission to shut up, boss?”

“Shutting up there, boss.”

“What in hell do you think you trying to do?”

“You know what, I not have time for your failure to communicate. I fucking hate you. MAGA bitch.”

“mex. you have a problem.”  Swiss began.

”Yes.  Your problem is STEVE SMITH needs to get wrangled in again.  Something has him spooked, and we’re afraid he’s going to do something…um…impolite.”

”What’s he want with Trump?”

”I looked in to that.  Trump’s trade war been nailing him pretty hard.  This must have been the last straw.  STEVE SMITH owns 25% of Swiss Corps International.  Apparently he direct deposits his dividend to the Foundation for a Free Cascadia Foundation.  Nice little tax scam he has going for him.”

”So he owns a quarter of your Swiss masters—does that make him your Swiss Quartermaster?”

“Okay, I got it.  It still sounds like a you problem.” I said after an awkward moment when my phone became noticeably cold.

”How do you figure?”

”We put Sugarfree on the red eye your way, you’ll meet him at the airport and head to DC to intercept STEVE SMITH, before he rapes the president.”

”What?  That doesn’t make any sense.  Sugarfree is flying four hours the wrong direction.”

”You expect any of this to make sense?  You’re being sent to intercept a  Sasquatch on his way to rape the president.”

”Nice to see you again mex.”. Sugarfree said as the flight attendant was going through the safety guidelines.  “I really appreciate you meeting me on the flight to our nation’s capital.  I have trouble flying.”

”Its cool, they have alcohol.

”Can I help you?” The flight attendant asked.

“You don’t have an emotional support animal.”  The flight attendant  replied.

Sugarfree grabbed me by the wrist, and raised my hand over my head. His hand was unsettlingly clammy.

Sugarfree kept fidgeting.  He wouldn’t stop moving, even in the slightly larger than normal seats in the 737Maxx.

”Don’t say it so loud.  You’re going to get us into trouble.” 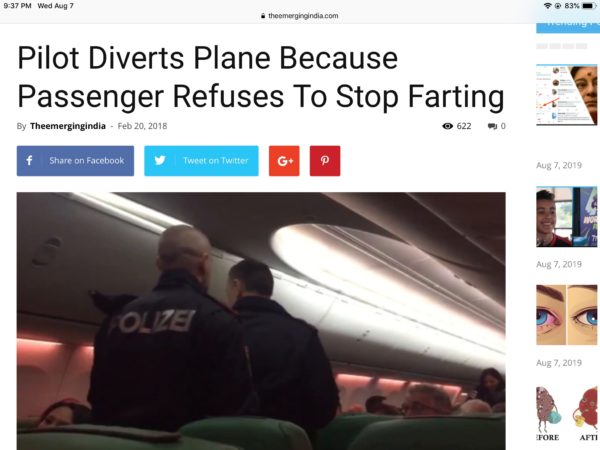 Hey guys, its a beautiful day. I finally beat my wife at darts -- which neither of us is great…