A couple of years ago my mom asked if I would be interested in building a workbench for the Violins of Hope display that came to Nashville in 2018. The symphony (where she volunteers) organized it with the library.  Sure, why not. I like to build stuff and after meeting with those heading the project I had absolutely no idea what to build for them. So I did what I do best. I build something and hope they like it.

My task was to replicate a luthier’s (fancy talk for violin maker) workbench like the ones the Weinsteins have at their workshop in Israel. Since money was tight (non-existent actually) I didn’t get to fly to Israel and visit their workshop. Instead I got to look at a few photos, and go from there. The only problem with the photos is they don’t really show the workbench. Instead they show the master craftsmen and the astounding number of violins in their shop. And really, does anyone want to see their workbench? Well, me actually. I figured it would look something like this – 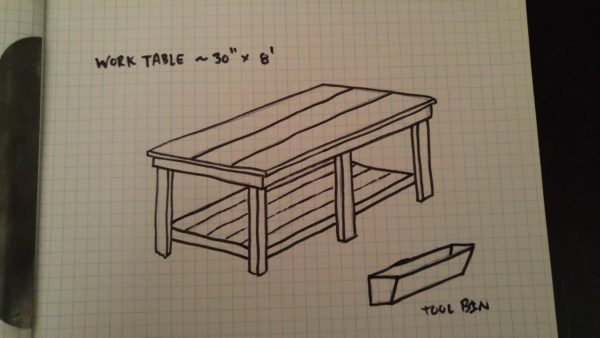 Next, I got to thinking about workbench theory – size, use, material, sturdiness, etc. This involved lots of research on the internet, of which only a small portion was beneficial. So I started with material and research on which woods are native to Israel, but are also available here in the United States and narrowed it down to cypress, cedar, and pine. Cypress is too nice, cedar is too fragrant and didn’t seem like the right choice so I picked pine. Easy enough. Home Depot here I come.

I didn’t take as many pictures of this project like I normally would, but it started with giving everything a nice sanding. Not to make it smooth, but to get rid of the logos and stamps that were visible. Nothing says old workbench like a new Weyerhauser logo. Also, I figured nails would give it a nice detail, and I ran the 2x4s through the table saw to remove the rounded edges. This would make each board nice and square and make the bench look like it was made quickly using the cheapest materials around. After all, your time and money is spent on your projects not your workbench. Unless you are actually doing the old style woodworking with hand planes, bench dogs, and stuff like that. Then you want a sturdy bench. I don’t do that and I don’t think that is needed to build and repair violins. 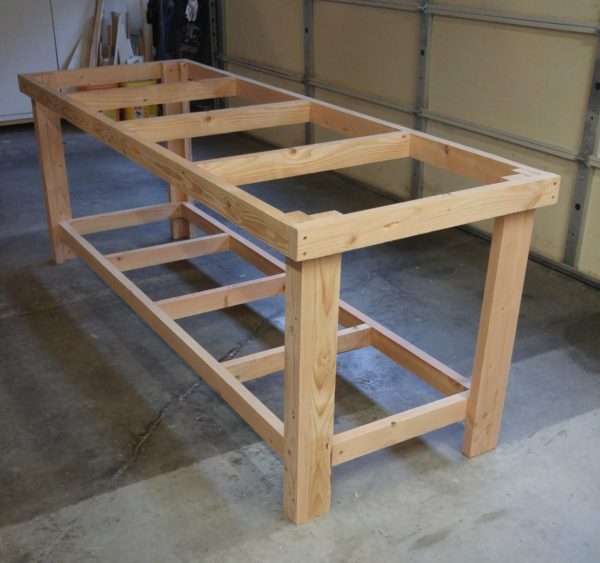 I used some screws to attach the legs to the frames in case it needed to be disassembled. Now I just needed to make it look old by darkening the wood. 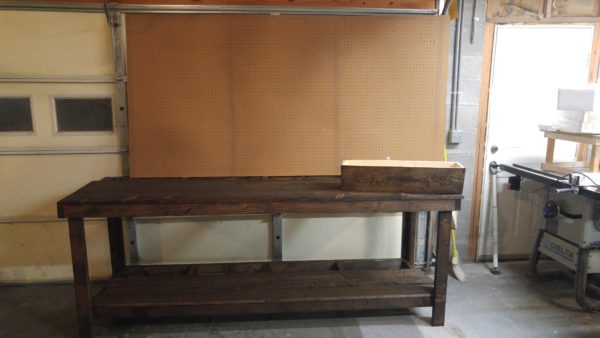 The museum curators wanted to be able to hang stuff from from the back so I attached this old sheet of pegboard I had laying around. 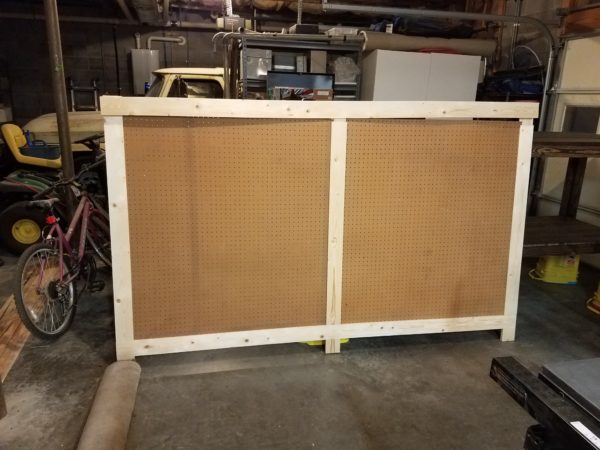 And then it was time to put a few coats of poly on it. 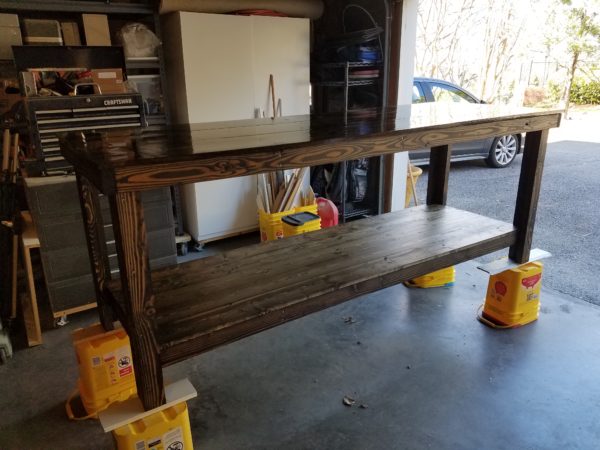 And the final product… 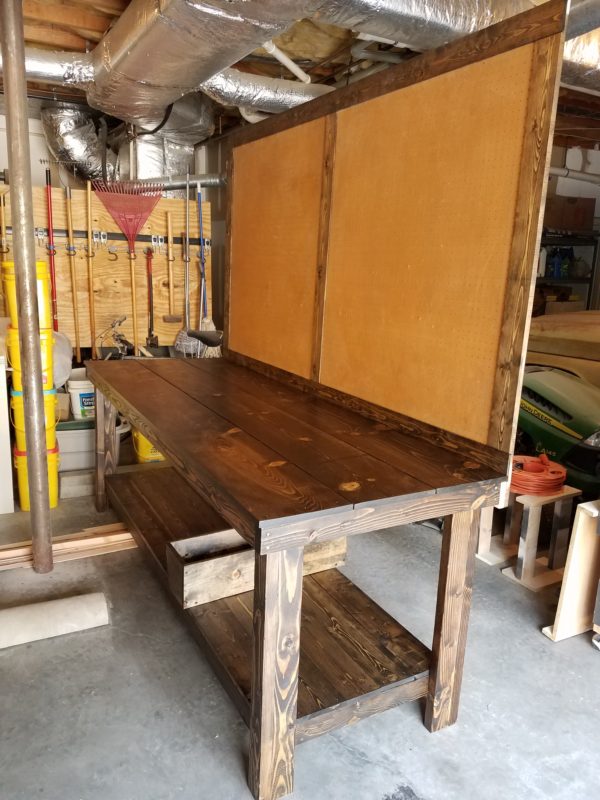 It went on display at the downtown branch of the Nashville library for a good 2 or 3 months. Lots of visitors came to see the display… 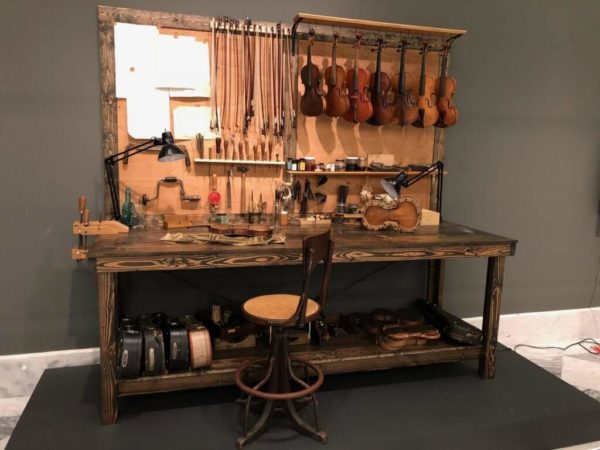 …but also to look at the violins the Weinsteins have repaired. 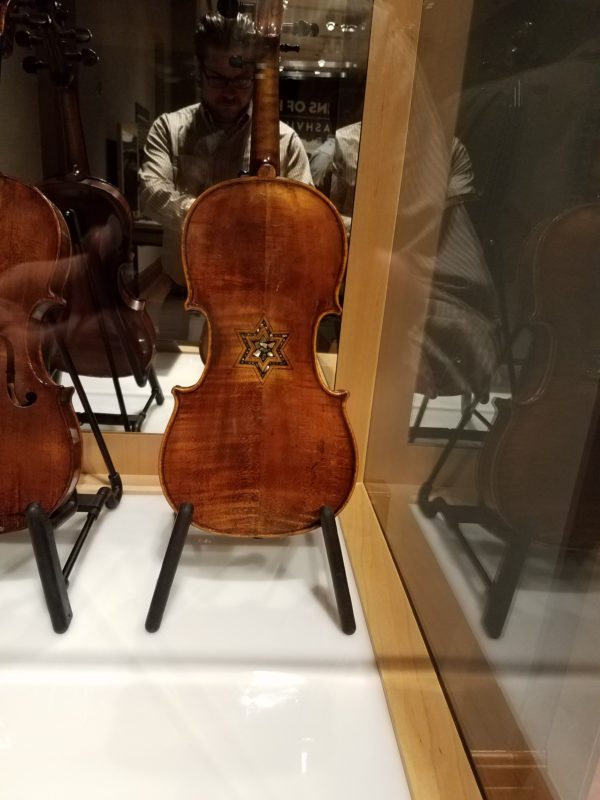 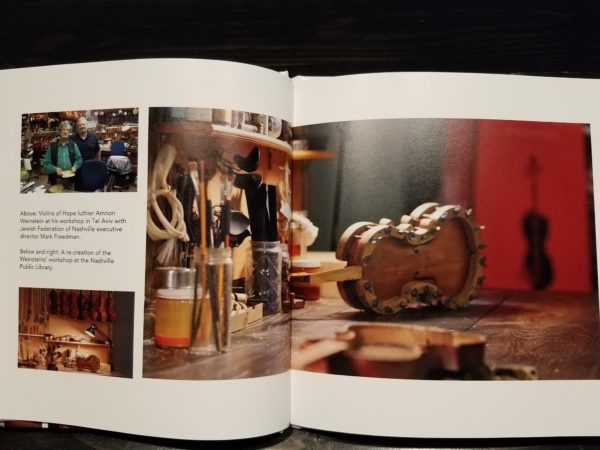 There is one violin that has a swastika and a Heil Hitler scribed inside of it that the owner likely didn’t know was in there. It was only discovered when the Weinsteins took it apart to repair it.  Did whoever do that wake up that morning and think about how he could be a dick that day? Christ, what an asshole. 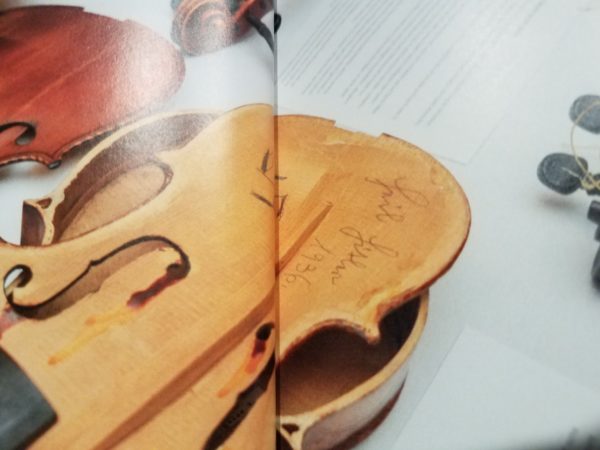 The Nashville Symphony held a meet and greet for local luthiers that donated a bunch of the odds and ends for the display and the Weinsteins came and spoke at it. Afterwards I was riding in the elevator with the Weinsteins and the elder asked who made the workbench. We had a brief, but fun conversation about it and I felt honored that it was appreciated.