Not a new article, but I just had to share it, because, omfg, these people love to complain… 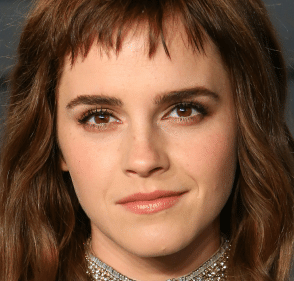 A Cultural History of ‘TERF Bangs,’ Beauty’s Most Puzzling Term

At some point in the past half-decade, short, chunky bangs have become associated with TERFs, an acronym that stands for “trans-exclusive radical feminists” and is used to describe feminists (typically second-wave) who argue that trans women aren’t “real” women. TERFS also like to insist that TERF is a slur, although others would say it merely sums up their world view. It’s unclear whether self-proclaimed feminists who don’t respect others’ gender identities are more likely to sport short bangs, but the concept of “TERF bangs” has nonetheless become so deeply embedded in certain parts of the internet’s consciousness that when Emma Watson cut her fringe short, she inspired at least one mournful “Hermione got TERF bangs” tweet.

THE DAY OF THE ANIMALS!* PANIC! FULL BLOWN PANIC!

It is not clear when an alarm was raised regarding Salubiro’s disappearance. Several reports suggest that the search for him began as early as Monday night. After two days and still no trace, local villagers notified Salubiro’s uncle about his disappearance. Equally concerned, the uncle went to Salubiro’s house and found the doors locked, the house empty. The uncle and villagers then went to the local police, who issued a manhunt to look for Salubiro, searching the palm oil plantation and nearby area. They did not find him, but they did find a boot, a farming tool, and scattered palm oil at the plantation.

Nearby Salubiro’s remaining boot and tool, villagers noticed the presence of a 23-foot engorged reticulated python in a ditch, struggling to move. One villager noticed shoe-shaped indentations visible in the distended body of the snake. Hoping to be wrong, the group got together and killed the python. By this time, it was late Tuesday night. There is a gruesome video posted by the local police where, in just under six blood-curdling minutes, witnesses watch as one man wielding an 18-foot-long knife cuts open the belly of the snake. The video is dark and blurry, with cellphone cameras and flashlights flickering, as men shuffle uncomfortably around the dead python. The long, engorged body of the snake is lifeless but daunting, uncanny.

At first, you see what could possibly be a boot. Soon after, it is undeniable. Those are clothed human legs, feet. The snake’s belly is cut open, further and further. Minute by minute, you see the presence of two fully clothed, lifeless human legs. Then a torso, shirted. By the time they get to the top of the torso, it’s very clear what you’re looking at.

*The Day of the Animals was one of the many animals attack movies churned out after the runaway success of Jaws. These include Orca, Grizzly, Piranha, The Swarm, Squirm, The Food of the Gods, Long Weekend, Kingdom of the Spiders, The Pack, Ants!, Rattlers, Nightwing, The Bees, The Savage Bees (and it’s sequel, Terror Out of the Sky,) Tarantulas: The Deadly Cargo, Bug, Empire of the Ants… But Jaws was preceded by Phase IV, Night of the Lepus, Frogs, Willard and Ben, Chosen Survivors, and Killer Bees. So was Jaws part of the animals attack genre, or a throwback to the earlier giant animals attack genre (King Kong, Godzilla, Mighty Joe Young, Them!, Reptilcus, Tarantula!,  It Came From Beneath the Sea, The Beast from 20,000 Fathoms, etc.)?

You know what we haven’t done in a while? Checked in on Poppy.