A Case Against Charity, SLD 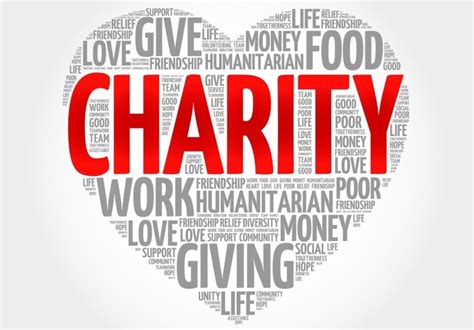 Many libertarians have argued that government welfare stifles charity to the detriment of the community.  Every time food stamps are introduced, a food pantry closes.  When a free clinic opens a religious hospital closes.  I would argue that both government welfare and charity are detrimental to the economy at large and to the individual.  Think of dollars not so much as currency, but as units of work.  A worker spends X number of hours working every week providing a valuable service people willingly exchange their hard earned money to consume.  Labor has been provided by both parties with fiat currency exchanged to the benefit of both sides.  It is a core tenant of free marketeers that all trades are mutually beneficial, otherwise both parties would not agree to the transaction.  When we look at charity, we see that the transaction is inefficient.  What I mean by that is the person providing the charity has provided monies, but has received no labor.  It is the small scale equivalent of paying half the country to dig holes and the other half to fill them to provide 100 percent employment.  A stimulus of one, if you will.

No one would argue that giving money to the homeless is anything but a consensual transaction.  Although I have had a bum complain about how little of my money I gave him.  However,  I would argue it is harmful to society at large even though it is voluntary.  Every dollar given to a panhandler, is a dollar not purchasing another person’s labor.  The 5 bucks given to the nonproductive is 5 dollars not given to a waiter as a tip for a job well done.  In effect, when you give money away, without insisting on a good or service in exchange, you are subsidizing and encouraging non-production and at the same time discouraging the productive.  You get more of what you reward and less of what you punish.  If the homeless were not supported by either government largess or well-meaning individuals, they would be forced to provide some form of good or service in exchange for currency or starve.  That could be anything as simple as unskilled manual labor or as complex as choosing to improve their skills and earn a higher wage.  Obviously, for this system to work, not only would welfare need to be abolished and private charity banned, but labor and minimum wage laws would need to be repealed.  College and training programs would need to be deregulated and loan guarantees banished.  Once labor becomes available at a lower cost, the price of goods and services would plummet, resulting in a lower income being required for a sustainable lifestyle.  This would reward the savers for once.  At this point you may be thinking “Of course I would like to see those shiftless bums get a job, but what about the disabled?”  If you thought I would go soft here, you’ve badly misjudged me.

I firmly believe that unless a person is in a vegetative state, they can still provide valuable services.  A person who is unable to walk but has use of their arms could answer phones, sort files or any number of simple clerical tasks.  Obviously, they could learn to code if they want a higher salary.  Even a quadriplegic could learn to be a translator, singer or voice actor.  The same is true for those that have a mental disability.  Bagging groceries, cleaning or dog walking are all valuable services for which people would willingly pay a reasonable wage.  Not only is employing the differently abled a more efficient use of money than charity, it provides a sense of independence and self-worth to the individual.  If people with disabilities are seen daily contributing to society, people wouldn’t pity them; they would see them as equals working their way through life, the same as them.  You know who isn’t working their way through life?

The biggest reason to ban charity, is to destroy a vehicle for graft, corruption and nepotism.  Many charities are nothing more than legal scams to collect vast amounts of wealth.  I’m sure we can all think of a charity that claims to fight for a cause, but in reality is nothing more than a slush fund for the people of the board.  I’m looking at you NRA and Wayne French last name.  Other charities are nothing more than a thin veneer of legitimacy for bribing politicians.  I would name a former presidential candidate’s charity, but I don’t fancy committing suicide by shooting myself in the back of the head…twice.  Another function of large charities is to provide make-work jobs for relatives that are too stupid to function in society.  I mean, won’t someone think of the trust fund kid’s phony baloney jobs?  I’m looking at you Jay-Z and Beyonce.  I’m sure many of you can name a charity that actually does some good, but I believe them to be the exception that proves the rule.

So that is why I don’t give money away anymore*.  My cash is more efficiently spent on the productive members of society, so that they are around to provide services for others that wish to hire them.  Charities that claim to use donations for some nebulous good cause, are more likely spending it on junkets and jet setting. One could make the argument that donating to a politician’s foundation is not really a donation, since one is expecting a return on that particular investment, but let us not get bogged down in semantics.  Lastly, I have no intention of supporting the idle rich, although I do hope to become the idle rich with the money saved by not giving it away to charities.

I’ve kept this article short so you can more quickly and efficiently savage me in the comments section.

*Disclosure:  I did give money to Glibertarians, but I consider that a voluntary service fee akin to a tip and not charity.

Why does the existential dilemma have to be so damned bleak? Yes, we're alone in the universe. Life is meaningless, death is inevitable. But is that necessarily so depressing?