The Making of a Glibs Author 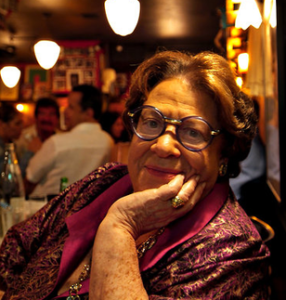 The scarab-colored Corniche purred North along FDR drive with the top down on a beautiful Manhattan Fall day. Tonio chatted away with his agent in the back seat and they took turns exchanging her flask of VSOP with his joint of some really good weed the bellhop had sold him. Yusef, Riven’s driver, exited at Ninety-Sixth Street. As the car passed the Marx Brothers Playground, they both giggled.

Finally they arrived at Elaine’s and Yusef double parked outside. Elaine herself greeted them and led them to a choice table where they could talk privately, yet see and be seen. There was an old man dozing at the table. Elaine flicked his ear and he woke up, startled.

“Time to go, old man,” said Elaine, tipping his chair forward slightly to encourage him to stand up, “the future is here and needs its table.”

Elaine snapped her fingers and a busboy appeared and quickly cleaned the table. The old man shuffled off desultorily.

She leaned in and made as if to fix some imperfection in his collar. “Salinger,” she whispered, discretely. Shortly, they were seated.

“Pink Gin with a twist, please.”

“Coming right up,” said Elaine, turning and trundling towards the bar.

“No shit? I thought Salinger was a recluse.”

“So, you’ve arrived,” said Riven with a twinkle in her eye.

“It’s still sinking in. When I got the check I thought it was a joke.”

Holly delivered their drinks, then pulled lunch menus out her apron and handed them each one, opening them beforehand. They sipped their drinks and perused the menu.

“Joe,” said Riven, “this is my new author, Tonio. Tonio, this is Joe Stefko, founder of Charnel House publishers.”

“Call me ‘Joe,’ Tonio. Why don’t you come by tomorrow afternoon for our quarterly authors’ cocktail party. Dean will be there. And Harlan, supposedly, but you never know with him; odd bird, and all. Okay, kids, gotta run.”

“Oh, Tonio, you are still innocent aren’t you?”

For some reason it was raining in Elaine’s. And getting darker. 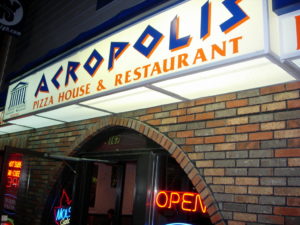 Tonio awoke in the alley behind Acropolis Pizza. Stavros Gallasaris, beloved local restaurateur and inseminator of countless MWC women, was pissing on the cinderblock wall next to him. Gallasaris finished then shook out his fat cock, splattering Tonio with more droplets.

“Nothing you no take before, malakos. Wakey, wakey.”

Gallasaris was right. Tonio had sucked his boss’ cock on a regular basis since starting work at Acropolis. There was just something irresistible about goaty little men. Especially uncircumcised ones.

The form letter from Virginia Journal of Speculative Fiction lay on the ground next to him, along with the SASE. Tonio had waited to open the letter until his break just before closing. It had been a long, hot shift; he must have dozed off in the relative cool of the alley.

Dear Author, Thank you for your submission, but it does not meet our needs at this time. Best Wishes, Mimsey Borogrove, editor.

“I tell you, Maria’s cousin Spheniscidos he print your stuff. You get free magazines. Might help you.”

Tonio shook his head. He had seen the girly magazines that Gallasaris’ in-law published. Stavros kept a big stack in his desk drawer, and always had one open while Tonio was blowing him. The magazines did contain stories, but they were obviously pasted in as filler – barely titled, uncredited, no “continued on page 69.” Some of the stories appeared to have been cut off randomly in the middle, presumably when the typesetter had finished filling any space not taken-up by boobs or advertising.

“Let me know you change your mind, he say lotsa good writers get started in Playboy.”

Tonio knew that. Playboy had just published an excerpt from Roald Dahl’s forthcoming adult novel My Uncle Oswald. But there was a big difference between Playboy and Titties. Hefner had his pick of established authors, and your manuscript wouldn’t get read unless it was submitted by an agent.

The hippies at the Green Dragon Bookstore had a purple ink fanzine; it was something. But they kept trying to get him to play this weird make-believe game stuff that sounded interesting but ridiculously complicated.

“Go ahead, clean up. Drunk girls at table three stiff you, smells like they puke all over ladies toilet.”

“Who the fuck does that? Seriously?”