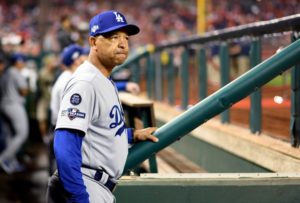 A nervous man at the moment.

Well the Astros are making me sweat. Thank God Cole’s on the hill tomorrow night to hopefully end this nightmare from becoming a reality.  The Dodgers hope to do the same tonight against the Nationals. And the Braves/Cards will play their decider as well. On the ice, the Hurricanes, Oilers, Jets, Stars, Mighty Ducks, Predators, Kings and Bruins were your winners. Across the Pacific, the USA Eagles got beat again. Man, I really wish some NFL players would switch to rugby so we could have given those Argies what-for. Oh well.

That list has some great musicians on it. Two of them, to be exact.  Disagree with me if you want in the comments, but first please read…the links!

President Trump kicks the regulatory state in the balls. Oh, I can’t wait to see his detractors go off about this one. I’m sure business owners and people who have been screwed by big government will just flock to them.

Turn this into condos!

This just breaks my heart. I sure hope they can scrounge up enough money to keep their sinecures, fund their “aid” (read: sex parties for family and friends of officials), and spend time condemning the one stable nation in the Middle East. Actually, I hope they fold, the buildings are sold for apartments, and they roll back to Europe.

NO NBA FOR YOU!

The rift between China’s ruling communist party and the NBA continues to widen. Looks like the tipoff between teams in Shanghai, which you could have watched if you had a good enough social credit score and weren’t in a reeducation camp to have your organs harvested, has been cancelled.  Meanwhile, it looks like ESPN have finally found a social issue they don’t want their talking heads discussing. What a bunch of gutless pussies.

Nancy Drew was not an instruction manual, according to police. Uh, but it worked. Luckily. 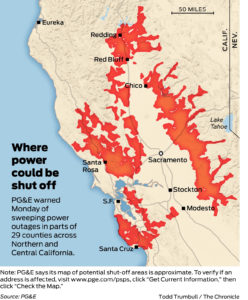 “If you’re in one of  the red areas, fuck you”
-PG&E Press Release

If you’re a NorCal Glib, we’ve enjoyed your company here. See you sometime next week. And may God have mercy on your soul.

File this under “No Shit”. I mean, is this really a surprise?

And since that link from my usual source was so short, here’s a second link from there. Unfortunately, it will most likely piss you off like it has me.

I haven’t played a birthday song in a while. I have to change that for today. I apologize for nothing because this is one of the greatest songs ever written.

Enjoy it. And enjoy your Wednesday.