October bountiful harvest edition:  in which we were not surprised but many were 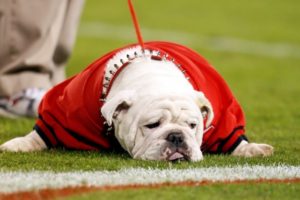 The reaping was grim, but that’s what toldjasos™ are all about!  The hype that was:

1          Wake Forest entered our list last week as All-Time Most OverRated Team of All-Time, fell to first-ever-university-owned-by-a-city Louisville, and then disappeared from the rankings

3          Memphis jumped into the rankings for some reason last week and promptly lost to “state-regulated” and possibly 80th best team in the nation Temple, so look for them in the footnotes of teams-receiving-votes now

5          Georgia passed quietly at home yesterday, surrounded by their loving family and close friends, from complications of the second-best team from South Carolina in 2OT . . . and fell seven places in the AP to 10.

6          Texas lost to Oklahoma in the annual tussle on the Trinity, but they are probably the best two-loss team in the country for whatever that is worth (which is, apparently, 15th in the AP, falling four spots, about right)

8          Oklahoma steadily outpaced Texas in the annual Duel at Dallas 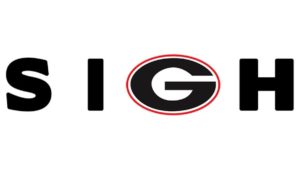 So what’s the bag limit for hype, anyway?!?  This week we collect Wake Forest, Memphis, Georgia, and Texas (for the second time this season:  that’s how stuck on Texas some people are).  The next time anyone extols the value of democracy, just remember that these teams were voted to their lofty rankings; they weren’t Citizens United into office, and no smoky backrooms were involved:  clear majorities agreed that UGA was top three, that Memphis and Wake belonged in the top 25 at all.  No facebook, no Russians:  just home-grown American idiocy delivered this quality.  To borrow from Steve Spurrier (motto:  don’t tell anyone I’m from Tennessee), you can’t spell crap without AP. 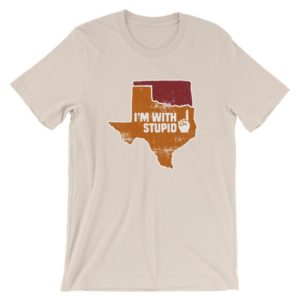 That said, Oklahoma gets better every week, and the grind past Texas (motto:  LSU was a good loss!) qualifies them to enjoy a well-earned last laugh.  Quarterback Hurts, an SEC refugee and Houston native, joins the very long list of Texas ex-pats who have carried the Crimson and Cream banner to victory over the Horns in the past century.  I didn’t think that the Sooners were this close; I thought the grand narrative of one of the greatest programs of all time (not arguing with that whatsoever) was getting in the way of a clear view of this year’s team.  And who doesn’t crave a chance to make fun of, as Randy Galloway called them, Zero U?  But they were, they are the real deal in 2019 and so we must admit that the Sooners were not over-ranked after all.  I was dead wrong on this one (cue sad trombone).

Good news:  The Committee (motto:  We Miss Condy!!!) will publish its rankings starting in November.  If you despise top men and credentialed experts, second-guessing color peaks in just a few weeks! 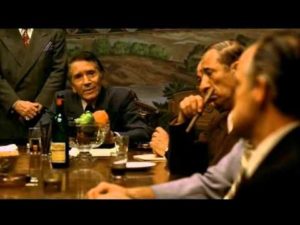 Meanwhile, where are we in our weekly idiocy?  Has the AP poll already stepped on every rake possible!?  Well, more less, yes:  it’s getting very quiet.

3          Appalachian State should be catch and release size, but we’re running out of teams to make fun of, and they play South Carolina in a few weeks, so they step up to our list in time to play the U-La-Monroe Warhawks nee Indians.

5          Oregon travels to play the barely-ranked University of Starbucks

Honorable mentions – LSU is great, but they’re probably not top two:  any such notion disrespects a continent of football, the mark of excited over-reaction after an admittedly big win.  Notre Dame is still not a top ten team, but suddenly they’re ranked ahead of Georgia which recently beat them.  We’ve already taken Utah down, but some folks are slow learners, so that stock is enjoying a dead cat bounce.  Florida isn’t ninth, but that’s close.  Enough!  So how many trophies do we have on the mantle now?

10        Iowa State was dethroned before their decent showing against Iowa

10        Michigan State slowly fell out of the ratings, so I was right after all 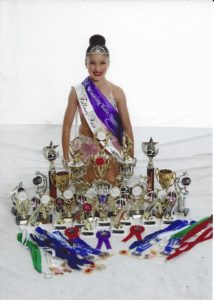 Let’s score this year 19–3-3 so far.  That is to say:  the voted-upon rankings of college football teams are rather wrong rather often.  So closes another week!

[caption id="attachment_47265" align="alignright" width="273"] Fuck you, you alien-looking sellout motherfucker.[/caption] The Astros laid the wood to the Yankees last night.…

Up, Up, and (Snark) Away! : Another Another Crossword