I’d sooner be a Wildcat edition

Standard Advice:  go with your first read!  Whenever, it seems, I’ve changed my mind on the line, the putt then breaks the original way . . . every stinking time.  And so it went for me after I recently opined:

Oklahoma gets better every week, and the grind past Texas qualifies them to enjoy a well-earned last laugh . . . they were, they are the real deal in 2019 and so we must admit that the Sooners were not over-ranked after all.  I was dead wrong on this one. 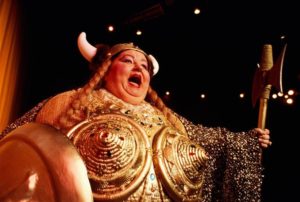 Well, when I said I was wrong:  I was wrong.  After several weeks in the top six, the newly schooner-less Sooners laid an egg in Manhattan and finally fell five spots in the AP.  K State walked away from them after an even first half; OU brought it back close, but the Wildcats were just working clock and enjoying the inevitable win while the network commenters tried to convince viewers otherwise; a failed onside kick almost gave Norman a chance and did give the guys in the replay booth at Conference a nice excuse to delay play a good seven minutes before the fat lady could sing.  Anyways, the Crimson were Creamed but will go on to a solid bowl.

Personal note:  the 2000 KSU team had the quickest defense I’ve ever seen, and you simply couldn’t pass against Terence Newman.  Their fans travel well and have a fearsome, deafening, unending set of cheers. 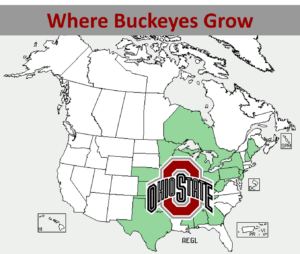 Meanwhile, master-class of the week in pointy ball was given by The University of the South at Columbus.  The Buckeyes applied the very best talent from Texas, Tennessee, Georgia, and Maryland to the would-be spoilers from Madison.  Save future injuries, LSU is the only defense that would seem to have a strong chance of stopping Ohio State. 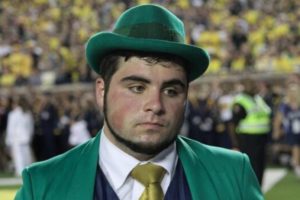 Notre Dame is perennially overrated, and you might say that I beat that drum enough, but, earlier in the year, they lost to Georgia and then were still ranked above Georgia; it’s just ridiculous, predictable, and this nonsense is crippling the ability of Catholic children to develop logic skills.  Saturday #19 Michigan plowed them like so much snow and the AP accordingly downgraded them eight slots to finally be below both of their known betters.  The great Protestant conspiracy to keep these good kids down has finally won 2019, but don’t worry:  the ND nonsense will flare back up next summer.  Moving on:

So ZERO new toldjasos™ this week, but, speaking of Notre Dame, I never booked the original win on them at the time so I’m adding that to the list now and taking Oklahoma off my list of misses as well.  Otherwise, a very quiet week we had.  So what’s the longer view?

Well, the Committee (motto:  We Meet in Grapevine!) has yet to convene or vote.  The question, like most years, is:  who’s number four?  Conference championships are a toss-up, but we have every reason to expect these teams in the mix: 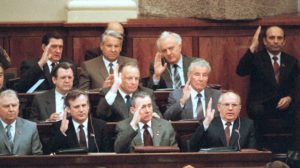 And these guys can pound sand:

Notre Dame    is not as good as Oregon

Okay, everyone knew all that before the season’s first snap (it’s rigged against the small schools!!!!11!!)  Back to our weekly idiocy:  who’s who and what’s what?

Yet Another Week N + 1 Most OverRated Football Programs

Honorable mentions – I like LSU, but they’re not Numero Uno (Ohio State at a minimum is clearly better on offense).  Baylor is too big for its britches, and Cincinnati love is overheating, but I’ll give them a bit of rope for now.  The same guys who formerly believed in Oklahoma have switched horses to Kansas State.  Previously bagged Utah and Boise State are sliding back up in the competency vacuum.  Wake Forest shouldn’t be within ten slots of the AP at all, and yet they’re there.  This much never changes:  the AP 25 is lunacy, a doctoral thesis in mass hysteria begging to be written.  Now:  on to accounting.

11        Iowa State was dethroned before their decent showing against Iowa

14        Michigan State slowly fell out of the ratings, so I was right after all

14        Texas probably over-paid for losing to titan LSU (early-season toldjasos™), but then they let Kansas hang 48 on them at home