Ugly Trophy Edition:  It turns out there are teams out there worse than MICHIGAN 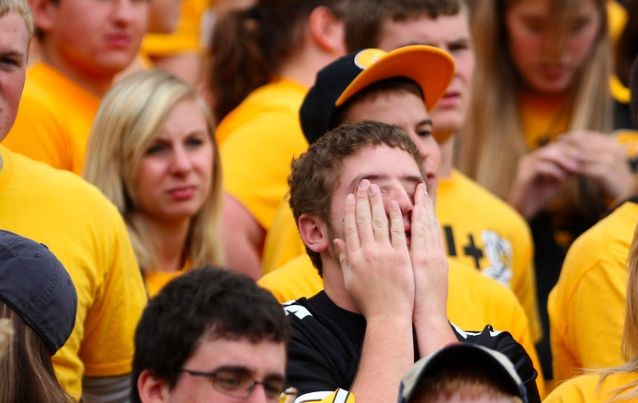 This past week we learned that there is a college in Ypsilanti, so don’t go using that sweet town’s name in vain just because you want to make fun of Jim Harbaugh (personal motto:  I was born in Toledo!).  We also learned that GM’s Willow Run plant closed in 2010 (thanks, Obama), so we’ll need to pick on some other township the next time we want to make tranny jokes.

Out on the grid-iron, we book only two toldjasos™, but one comes at the high cost of conceding a mistake.  The week that was: 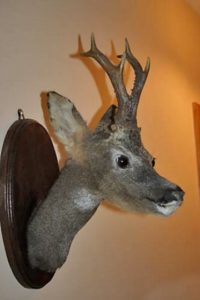 Iowa’s not much to brag on, but some trophies are just uglier than others.  Ranked 14th, they gave up eight sacks to 19th ranked Michigan and fell, appropriately, four spots.

Auburn’s loss to Florida was a very even match, but in the polls your punishment is always all out of proportion to what happened at the game.  So Auburn falls five places, and they are now proven to have been at least a bit over-rated.  I can’t put it more succinctly than MSN:

. . . a game that was tense, sloppy, mistake-filled, oddly coached and generally impossible to figure out from possession to possession.  After four turnovers apiece and a whole bunch of other weirdness, it was No. 8 Florida blowing the game open on Lamical Perine’s 88-yard touchdown run with 9:04 remaining, giving the Gators a terrific win and a 6-0 record despite some very clear flaws. And for No. 7 Auburn, it was a reality check about life with a true freshman quarterback in Bo Nix, who seemed rather overwhelmed with the whole thing and made some truly terrible decisions . . .

This correspondent has trifled with Florida and had bagged them already earlier in the season when AP voters had lost their collective nerve over the Gators.  But now we must concede that any earlier call on UF was bull feathers and book them as a clear miss.  They feature a second-string quarterback, but, as usual, their defensive secondary is fearless and fast.  They’re still over-rated a place or two, but that’s still too close, so let’s just agree I was wrong on this one.

So snarking about the rankings is nearly dead for the year; there’s just not much new left to yell about from the peanut gallery.  Indeed, in my admittedly very slow news, I found that if you duckduckgo for “heckler” you get endless pictures of cool pistols; that’s all I learned this week.  Now . . . onto your season’s-under-way and Iowa-free rankings:

1      Wake Forest will host Unitas-less Louisville as my All-Time Most OverRated Team of All-Time!!11!!

3       Memphis jumps onto our board; Temple won’t have a prayer against the Tiger Hype

Honorable mentions – Utah is still over-ranked, but I’ve made enough fun of them already this year.  SMU should damp to their mean soon.  So how has our year gone so far?

Year to Date Hides on the Wall Rated

6          Iowa State was dethroned before their decent showing against Iowa

4          Michigan no longer a blown call because Wisconsin

Let’s score this year 15–2-3 so far, nothing to be ashamed of.  So closes another week!