The Face of Battle – A Book Review 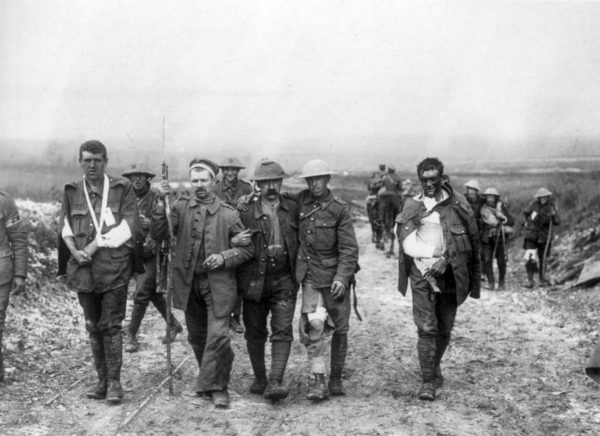 On a long drive to an undisclosed location recently, I listened for the second time to British military historian John Keegan’s The Face of Battle, his first book for the more-or-less general public.  I first listened to it probably 15 years ago, so my recollection was pretty fuzzy.  I’ve listened over the years to many of his books, and never been disappointed.  I expect I will revisit all of them in time.

One of the things I enjoy about John Keegan is the quality of his prose.  It is just wonderful –clear, nuanced, with a dry wit underneath it all.  Very Brit, the kind of writing that reminds you they invented the language.

The book falls into five parts.  The first is easily skipped, as it is the most academic by far – an extended discussion of the history of battle literature, the various academic fads and literary approaches, etc.  The approach he adopts is to focus (to the extent he can) on what the soldier’s experience of the soldiering and the battle would have been.

The accounts of Agincourt and Waterloo are very illuminating, with the account of the Somme being something of a letdown.  In part, I suspect, because the fighting on the first day of the Somme was essentially decided, and not in the Brits’ favor, within the first half hour, although nobody had any idea what was actually happening until the day was over.  Also, the very simplistic tactics of the Brits (an artillery barrage that was both enormous and almost completely ineffective, and then men walk in line across no-man’s land) are quickly comprehended and just don’t carry the interest of the back-and-forth at both Agincourt and Waterloo.  Overall, though, he strikes a nice balance between giving a tactical overview of the fighting and a look at the experience of the common soldier and their officers.

The final section  is a review of what we have seen and learned and an attempt to generalize.  He addresses two issues.

The first is why men will actually fight in a battle, going beyond the usual “because their buddies are”.  Historically, desertion and abandonment were always very present (providing a counterpoint to the standard narrative), with harsh penalties and soldiers posted specifically to keep men facing the front (such as Wellington’s positioning of cavalry behind some units of foot soldiers).  At Agincourt and Waterloo, whole units left the battle by the simple expedient of hiding in nearby woods.  In a modern-day battlefield, he concludes, men fight because the battlefield is so huge and deadly that front-line soldiers can’t escape it, except by fighting their way through.

The second question is whether modern warfare has made “traditional” pitched battles between large opposing armies a thing of the past.  This is where I would have really like to see a post-script, as his answer here bounded by the Cold War face-off in Europe (recall, the book was written in the mid-70s).  Between the insupportable demands on the fighting men of a battle between NATO and the Soviets, and of course the risk of nuclear war, he leans toward the conclusion that large scale battles may be a thing of the past.

Of course, in the decades since there have been a series of battles, mostly in the Middle East.  I would have liked to read Keegan’s take on these.  Just because they tend to be mostly one-sided probably doesn’t mean they aren’t battles, but much of the fighting I think would not qualify as a battle (which is an interesting question of its own).  The Iraqi wars would have given him a chance to test his thesis that a modern battle could exceed the capacity of men to fight, given the intensity and the doctrine of continuous engagement over long periods of time.

My youngest has been coughing the last couple of nights like a seal barking. Now, rationally, I know there's nothing…

I guess actions have consequences. And sometimes it takes a couple years for those consequences to be fully realized.  But…