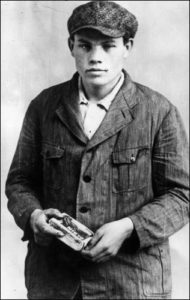 “As they walked down the corridor the peppy Latin music started up again, and grew louder as they walked. They passed a door labelled “Men” and from around the next corner Ramesh saw a man in a black dress and low-crowned, broad brimmed hat approaching, as he got closer Ramesh saw the simple wooden cross on the twine around his neck, and the notched collar on whatever the dress-type garment was called – some sort of clerical outfit.

“Hello, Your Holiness,” giggled the Canadian.

“Hello Rufus, Heathen. I’ll pray for you both. Better get to your boy, he’s crying like the sissy bitch he is.”

“Thank God they’re not getting deployed together. But don’t say anything.”

Ramesh followed Rufus down a series of turns, they passed a few more people.

A guy dressed like one of the “soldiers” at Jamestown, complete with helmet, sword and gun sauntered by in the opposite direction. 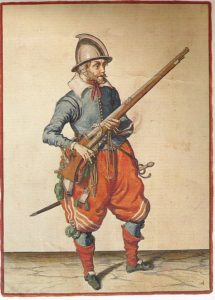 Finally, they reached the source of the peppy Latin music, a door standing slightly ajar from which the unmistakable aroma of marijuana smoke wafted. Rufus grabbed the edge of the door to steady it while he knocked.

Mario was completely not what Ramesh expected, a shortish anglo guy dressed like one of the stockroom guys from Mr. Selfridge. There was another guy in the room, too. A tall, thin guy dressed as a medieval european peasant. 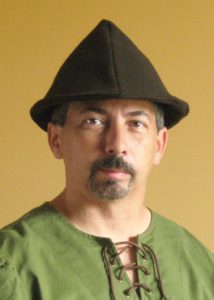 The room was very sparely furnished, like a dorm room at an agricultural college. There were two twin beds, each on its own side of the room, but deep wear marks in the linoleum told another story, one in which the beds were pushed together regularly. There was also a large wheeled plastic bin full of personal items, thrown in haphazardly; Pope Benedict glared out at Rami from behind the glass of a framed picture at the top of the heap. The only items remaining around the room were the furniture and two suitcases, one on each bed.

“Scruffy here actually does get to be a herdsman. Somebody has a sense of humor. Look at you, Doc. Nice suit. Is that a badge?”

“I,” said Rami proudly, “am going to be Preet Bharara’s chief henchman.” He didn’t know why he had used the word “henchman.” United States Attorneys didn’t have henchmen, comic book villains had henchmen. But it seemed to have done the trick.

“No, but I have something for you from Godwin,” said Ramesh extending the bag.

“Schweet,” said Mario, crossing himself as he took the weed from Ramesh.

““Good thing Axl isn’t here,” observed Scruffy, rolling his eyes at the suitcase on the other bed.

“Miss Thing has been in a mood all morning,” said Mario. “You’d think that she’d be happy getting to dress as a priest and mumble over wafers, but noooo. Socons, there is just no pleasing them.” 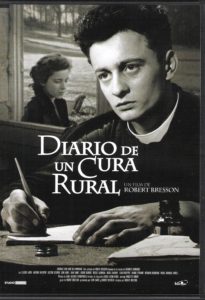 Mario opened his suitcase and transferred the weed to a Prince Albert tobacco can which he then returned to the suitcase and passed the empty bag to Scruffy who chucked it into the bin.

“But I’m glad you’re all here,” said Mario choking up. “We may never see each other again. You and Chip,” he said looking at Scruffy, “were the best pledges ever. Remember how you hurled when we told you two what your pledge prank was going to be? I knew right then that it was going to be a special, special night.”

“‘Sneak into the offices of Daily Femsplaining and steal the tampon disposal box from the women’s restroom in your underwear,’” Scruffy recited blankly, then trembled and turned pale. 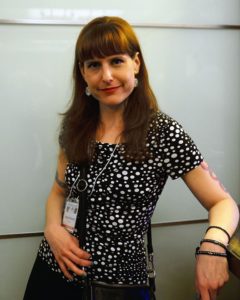 “Nobody believed Rami when he told us what he needed them for, or that it would work, said Mario. “But the prank was epic, regardless. Speaking of the Paw, no hard feelings about the sack tap, yo.”

The suit coat pocket into which Ramesh had dropped the purse twitched and a small furry hand emerged to flash a peace sign.

“Christ, was Marcotte was pissed. She couldn’t prove it, but she knew,” said Rufus. “And damn did the Paw stink while you were marinating it.”

Scruffy hucked and grabbed for the wastebasket.

Mario took a small photo album from behind the suitcase. “This is the one contraband item I wish I could take with me.” The album flopped open. “Look, there’s the boys with me and Monégasque.”

Mario showed a picture of Scruffy and a shorter guy kneeling in their underwear holding up a shiny metal box and pinching their noses, with Mario and a tall guy standing behind them grinning drunkenly at the camera and pointing at the box. 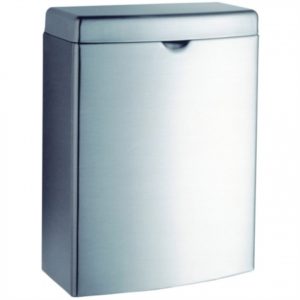 Mario passed over the album which flopped closed in transit. As Ramesh flipped through the album he saw a number of pictures of himself, but in places and with people he didn’t know. On the last page there was a photo from the production number with himelf in the Gujarati shaman’s outfit with all the swastikas; that costume had cheesed off his boss more than the taunting lyrics or the mooning. He examined the picture closely. It did not appear to have been doctored. He wished he could sneak the picture back to the courthouse to have the techs examine it for tells that it had been ‘shopped.

But the the shaman in the video he saw had been someone else, the same person as the guy in the lobby pushing the cleaning cart, but it was as if that person never existed here. He looked up from the album to see Rufus smirking at him.

“Okay, guys. Let’s do this.” Mario took the photo album from Rami and threw it in the bin. He then stood up, grabbed his suitcase and headed for the door.

Tonio hates WordPress with the heat of a thousand blue dwarf stars. He only publishes here because his love for You People(tm) overcomes his visceral loathing for the Malbolge of word processing, web publishing thingies. Now get off my lawn.

Watching the Astros tonight and ZZ Top tomorrow night. Then leaving on a jet plane for chilly Detroit on Sunday.…

[caption id="attachment_47265" align="alignright" width="273"] Fuck you, you alien-looking sellout motherfucker.[/caption] The Astros laid the wood to the Yankees last night.…