Before Rome existed, the druids lived in Germania, and worshiped the Old Gods, and were Kings Among Men, feared and revered at the time, for they had the fortune of the Gods. 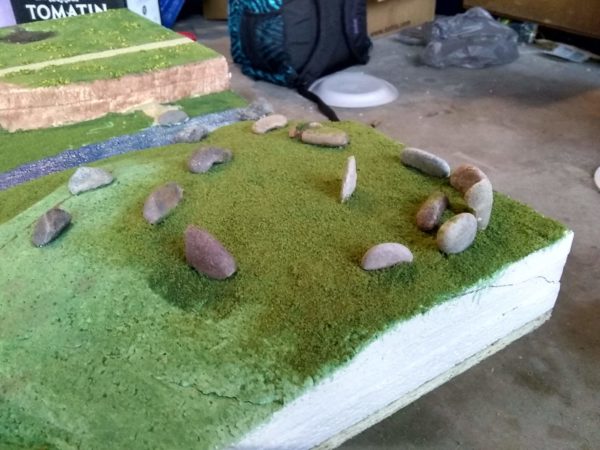 They erected temples and made sacrifice in the nearby forest, pleasing the Gods, until one day… 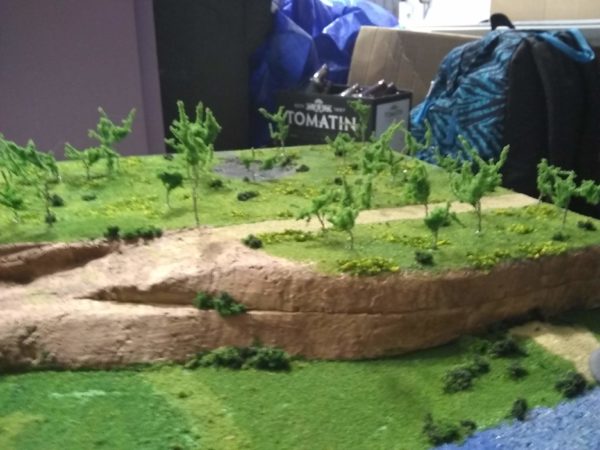 Rome appeared. They had heard of, and some even fought these Shining Invaders, but no one really believed it, until they Came, Saw, and Conquered everything before it, and then the Gods were angry.

First you take the area you want to cover, and lay down some PVA, then paint it out, not too thick, and leave some air gaps so it dries in the middle. 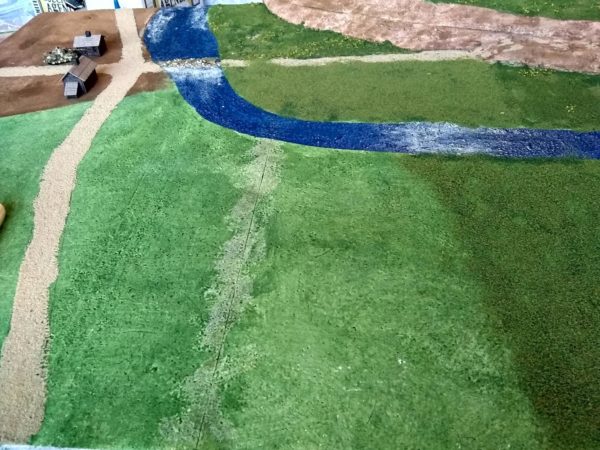 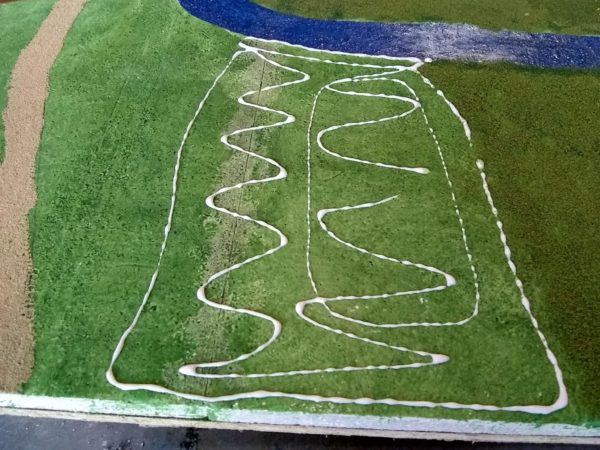 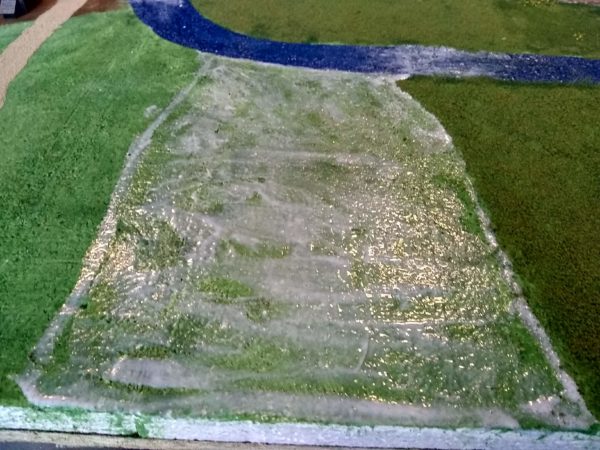 I like to do my accent color before my primary colors, I can always enhance later. 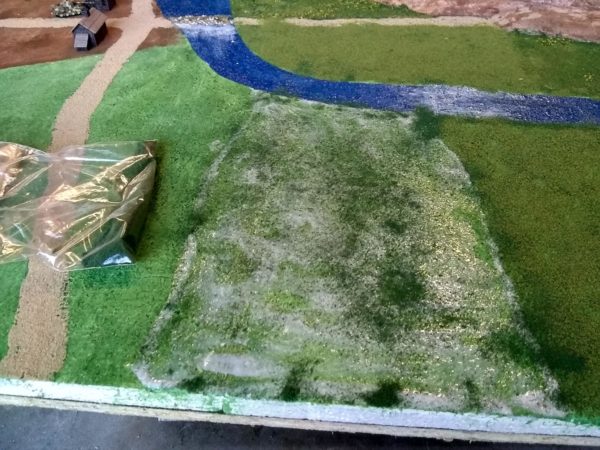 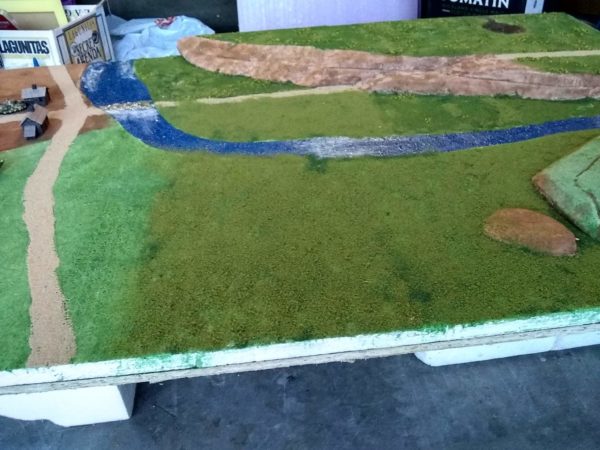 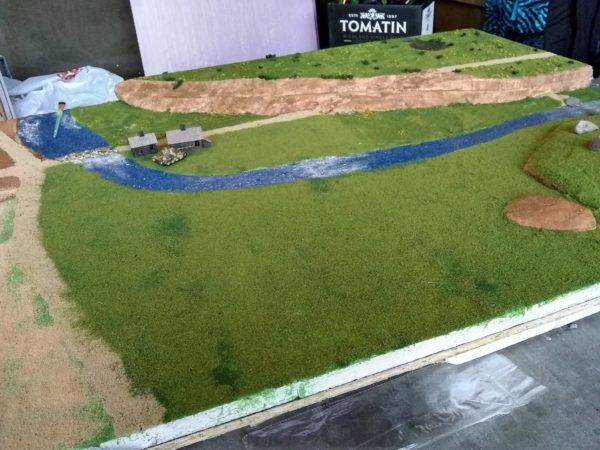 “And we came upon a ford, and upon the Right, we observed a small Glade of what appeared to be diseased trees, the engineers said this was due to the Barbarian Temple across the stream, and that no Roman should enter the Glade, we were pleased and made it so,” Commentaries, by Caesar. 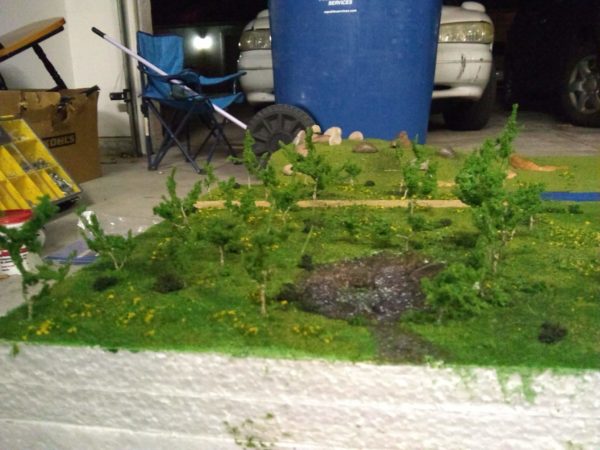 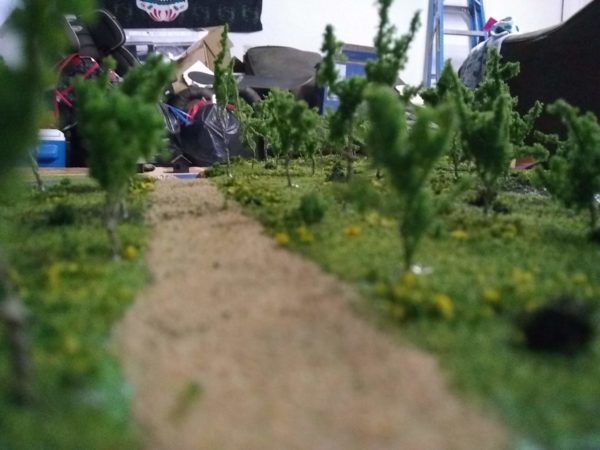 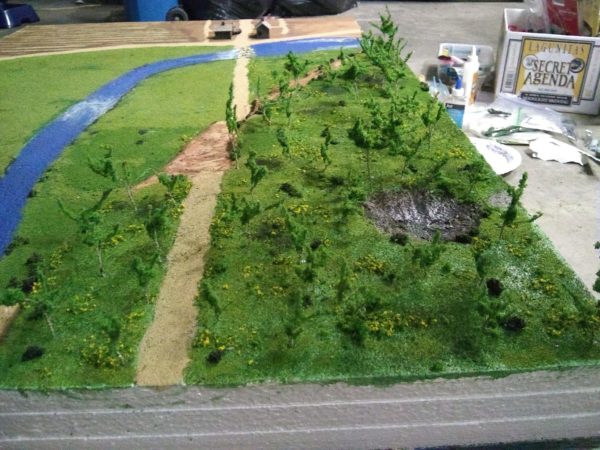 These came out nice, then I got some turf on the rest and had to repaint/waterize it, but it’s cool. 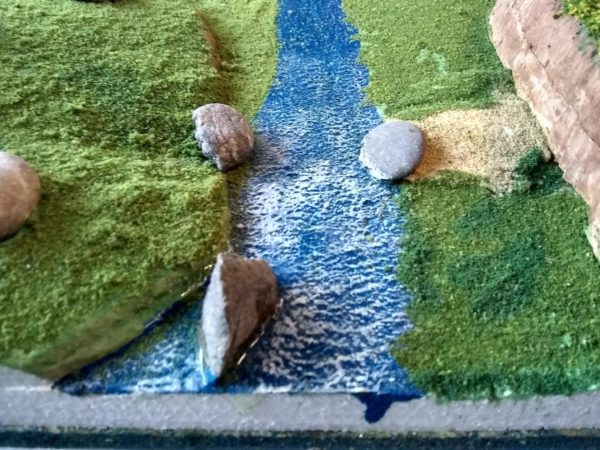 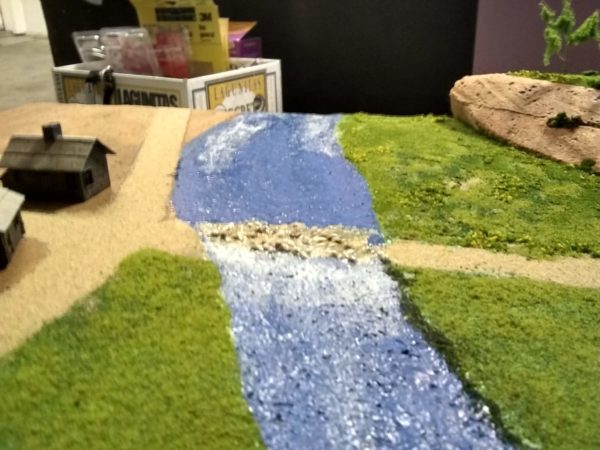 Single color is OK for a WG table, but a diorama requires more, depth is obtained by using darker colors where you want deeper, due to the limits of the “water” material you use. I use Modge Podge for most things, and acrylic resin for the big stuff. You want to lay down a shallow groove in the foam, then paint darkest, lighter then a bit of sand/ochre on the shoreline, I add some shrubs depending on the scale. Whitewater needs to be dry brushed, after your water is dry (what?) take a brush full of white paint and wipe off 90 percent on some cardboard, then Lightly begin stroking the paint downstream, very gentle, and you will see the wave tops appear, apply as you like for effect. 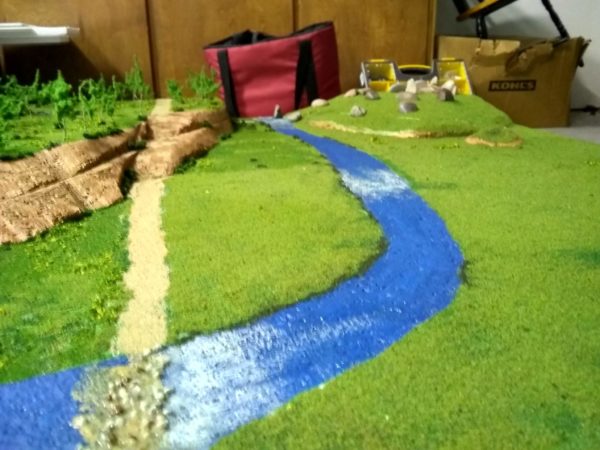 Major Richard Licum is tasked with taking the crossroads at Lille Dique, with him is the 69th tank battalion of the Rheem.

We could go to the forest but it’s spooky

Well I have a few, they look tasty…

Fortunately they found General Winter, who told them to hold in position, hehe,

Obergeneral Schitz, is in a pickle, he’s outgunned, and only has a rag tag collection of Stugs, and some old Pz2s, and one Tiger. His forces are mostly kids and old men.

I needed to make bases for the men, and used Googly Eyes, crushed flat, the men are only a half inch tall, I may leave them with white bases so I can find the little guys. 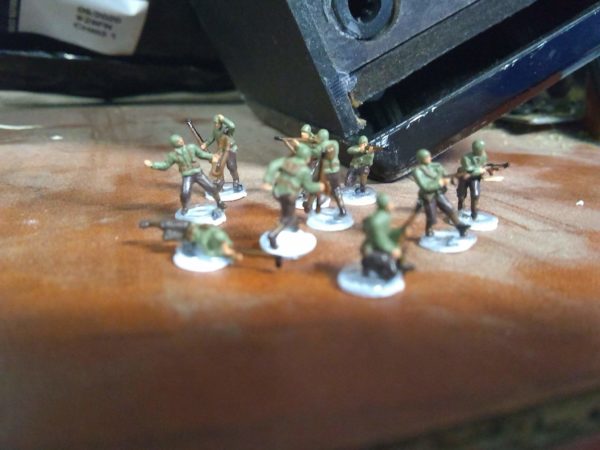 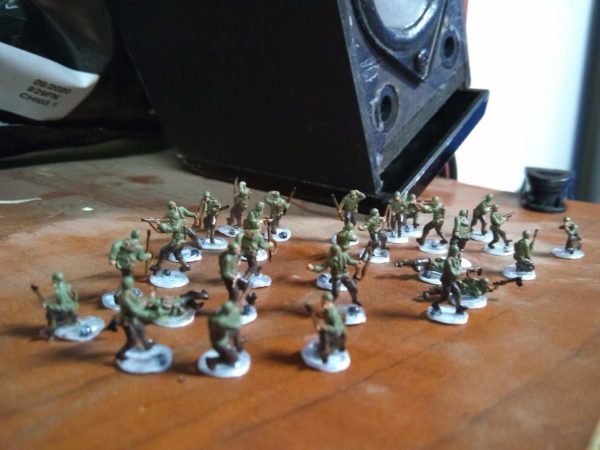 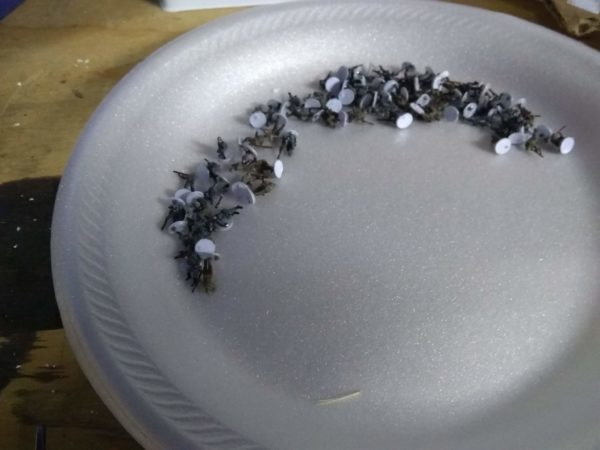 I have a few more things to add, new stuff for me, but it should finish nice, and I’ll tell you a story, til then,

Defiant YDAK of the Desert

I broke my Heisenburgh Compensator, Dammit! Now I'm stuck here for a while.....

So very boring edition:  a week when the mails simply did not run If you had Wisconsin imploding in Urbana…

On This Day in History 1901: 63-year-old schoolteacher named Annie Edson Taylor becomes the first person to take the plunge…