CFP: the Playoff should not be expanded (and it need not exist at all)

The following article is pure puffery.  The intention is to deal with a topic thoughtfully but not necessarily thoroughly; further, a fact or two may be more than a bit bent.  Read critically . . . and enjoy!

CFP: the Playoff should not be expanded

(and it need not exist at all)

There’s plenty of energy around the college football playoffs, how they should be configured, and who sh

ould be in them.  Here’s a short essay that makes essentially three short points

The quest for national consensus reached critical mass in 1998 with the rollout of the Bowl Championship Series and the crowning of the Tennessee Volunteers as its first champion.  Since there is plenty written about the failings and risks and history of the BCS, we won’t get into describing how the teams were decided other than to say polls and computers arrived at the top two playoff teams who then met to decide the championship.  Before the BCS, any number of polls and agencies (and universities!) declared champions, and agreement was rare. 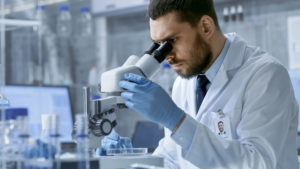 There’s an emotional need for (perceived) exactness and certainly that some people have, so shared or disputed championships have riled nearly everyone:  fans, alumni, players, boosters, and alien visitors in low orbit.  It’s worth noting that plenty of writers and services had, even after Korea, declared national champions before bowl season even started; it was not nationally agreed that post-season play meant anything whatsoever (except, maybe, it proved only that a train ran from Yale to Florida).  Because of conference obligations by bowl, the arguably best two teams seldom met, and odd results from the various bowls that were played made reconciling results impossible, so almost no one invested much energy in the notion of a national champion.  To some extent, though, oxen were gored, and partisans screamed their cases and their critiques, but generally college football was just thought to be a fun diversion.  Meanwhile, three hundred some odd national championships were claimed by various schools to account for the 150 years the game had been played:  there is no right or wrong to any of those. 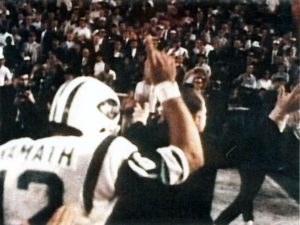 My notion about the championship fervor is that it has been fueled by the Super Bowl.  The AFL and NFL were not giant leagues:  originally most teams in either met and played once every year in the few (dozen) games, so selecting a champion by record to go the Super Bowl at least demonstrated some logic.  The leagues would eventually grow and merge, and their popularity would soar in the last half of the twentieth century to tacitly symbolize and codify how all sports should be managed and seasons decided.  The consolidated NFL would go on to acquire mythic proportion, displacing baseball as the both the national past-time and triplet to apple pie and motherhood.  Ever since, the pointlessness of its burgeoning playoff schedule has seldom been remarked; the month-long festival came to fairly-well supplant or at least necessarily supplement the traditional holidays.  Essentially, NFL playoffs came to be as emotionally necessary as Christmas, and that mania has corrupted and dominated everything ever since. 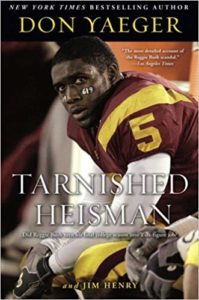 CS, the best teams, on the NFL model, met . . . usually.  Somebody had to win that game, and to some extent everyone was satisfied with the single, national result.  Except that many were not, and I would simply point out that the dissatisfied people under the BCS are exactly the same sort of people as were dissatisfied before the BCS.  If your ox was gored before, you were mad; if your ox was gored under BCS, you were still mad.  This is the clearest and easiest critique of the BCS (and of any playoff):  it resolves and it changes precisely nothing about whom we believe is the national champion.

The biggest challenges to the credibility of the BCS years are three: 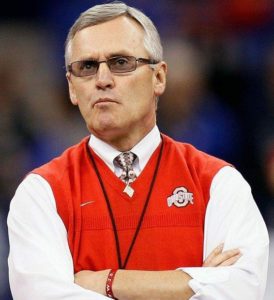 The deepest concern has always been that deciding the top two teams has never been unanimous.  For many, the one-game BCS finale could never be relied upon to make sure that an excellent, deserving third- or fourth-placed team might unfairly miss the big game.  A longer, wider playoff would at least settle the question of polls, especially if a politburo of unassailable nobles could be convened to pick the four top teams without being corrupted by the influence of computers or polls or conference bias.

Thus was born the College Football Playoff system.  Under the CFP, four teams play single elimination games in January to decide the previous year’s champion, and, generally, there has been a reduced tension about the outcome.  But the logic for the four teams is not universally satisfactory and still raises a few questions.

Two four-seeds and a three- have made it into the CFP finale; both fours- won.  This doesn’t solve or prove anything, though!  Some are consoled that the champion, obviously the best team post hoc, survived being underrated (fourth!) to make it into the playoff and prove themselves:  four teams works!  But it might be that even more people are more certain now than ever that the playoff should be broadened:  there well might be seven- and eight-seed teams that would win out if only they had the chance.  Logic only tells us one thing:  this argument never ends, no matter how many teams are added to the playoffs; someone will still argue the list, same as before, same as before there was a list. 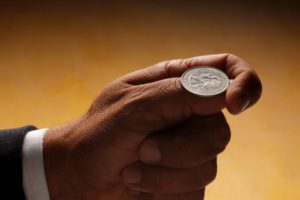 ics tells us something worse:  more playoff games afford more chances for the best team to fail to make it to the finale.  By whatever criteria one might agree that a team is the best at the end of the season, and, to the extent that doG on his throne in Heaven could make sure that team was selected by the CFP committee to play amongst the final, say, sixteen, the extra games give that “best team” a greater chance to stumble and fall out of the process.  This theoretically best team might lose a low-scoring affair by a single point to a team that is then eliminated in the next round, thinly as well, and so on . . . leaving us eventually with a champion who narrowly backed into winning it all after having a demonstrably worse season, which even a child would criticize.

This high-lights another question of ranking teams:  what does a win prove?  A game is a sort of coin flip, but you need to imagine a coin, in the case of 2019 Clemson, that probably comes up heads 90% of the time.  As UNC proved this year, one needs only a tiny fraction of luck to be the team that is in town when tails comes up; more to the point:  UNC had the coin standing on edge until it finally fell heads (insert sad trombone sound here).  Pointy balls bounce exceedingly odd, but nothing went wrong enough for Clemson that UNC could prevail . . . but more than a dash of luck was involved in the final outcome.  We only get to flip the coin a dozen times:  football is a brutal sport that can not be mounted more than once a week; there is only so much of this ammo you can take to this kind of range, but a decision must be made.  Single elimination means every added playoff layer increases, not reduces, the likelihood of a dubious champion.  Ergo, a shorter playoff is better. 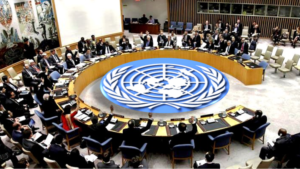 The CFP’s committee picks four teams today; the criteria for the four are arguably arbitrary, and the selections are capricious.  The ballots are secret, and there is essentially no way to quash concerns about the equity of the process and whether even the supposed criteria are respected.  Season win-loss, conference championships, and strength-of-schedule are presumed to dominate considerations, but there is no system to say how the decisions were made much less how they should be made.

Other emotional criteria can never be resolved to the satisfaction of the losers.  For example, what does it even mean to have the best team of the season?  Is it to have been the best team on some weighted week-by-week basis?  Is there a weighting of SoS over results that is unambiguously determinant?  These questions have never been settled, with or without a playoff. 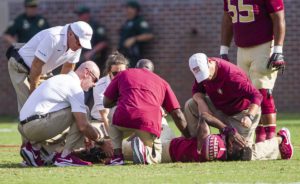 How does a season-ending injury to a critical player count:  is his team diminished in the now because of who they are, or is some fudge factor needed to credit them for who they should be?  Returning to that first BCS championship:  Chris Weinke, one of the greatest college quarterbacks of all time, was injured and did not play; as close as the game ended, it is hard to imagine Florida State not winning had Weinke played; by extension, they were the best team at the end of the year . .  up until the moment he was injured. . . but they lost the finale without him.  On a related track:  one notion that is fairly universal is the belief that a loss early in the season is, ceteris paribus, more forgivable than a later loss.

From these foregoing examples, one can see two things:  it is impossible to agree on how to weigh schedule and injury impact on the one hand, but, on the other:  the only thing most people agree on (forgiving an early loss) is silly on its face. 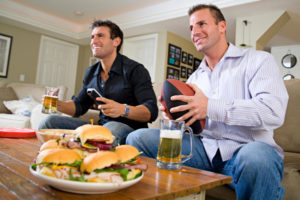 So where does all this leave us?  Well, the process for determining the champion has never been solid, agreed, or rational.  Further, there is no process or breadth of scale that will eliminate disputes at the end of the season even in the playoff is expanded.  This leads us to conclude only one thing:  there is no unemotional need for a playoff . . . of any size.  Choose your champion at the end of the regular season by whatever criteria you prefer, and then watch the championship, however it might be configured, merely for the love of the game.

It only took me three weeks to get it into my head that Thanksgiving is "late" this year. Although I…