Is this the dumbest thing we do here?  No, not at all.  You see reader, progression of culture is driven by those that exist on the fringe of polite society.  Quite frankly this site was built upon pillars known as The Hat and the Hair.  There is nothing more fringe than the idea the actions of a semi-mindless automaton named Donald Trump being dictated by the sentient headgear he is wearing at the time.  Using sound experimental methodology to recreate sounds in an effort to test the hypothesis this was not the sound of a congressman producing flatulence is not beyond this site.  Indeed, to do so with a straight face while reviewing beer, therefore is most certainly something you can only find on Glibertarians.com.

This is my review of Samuel Smith’s Welcome Winter Ale. 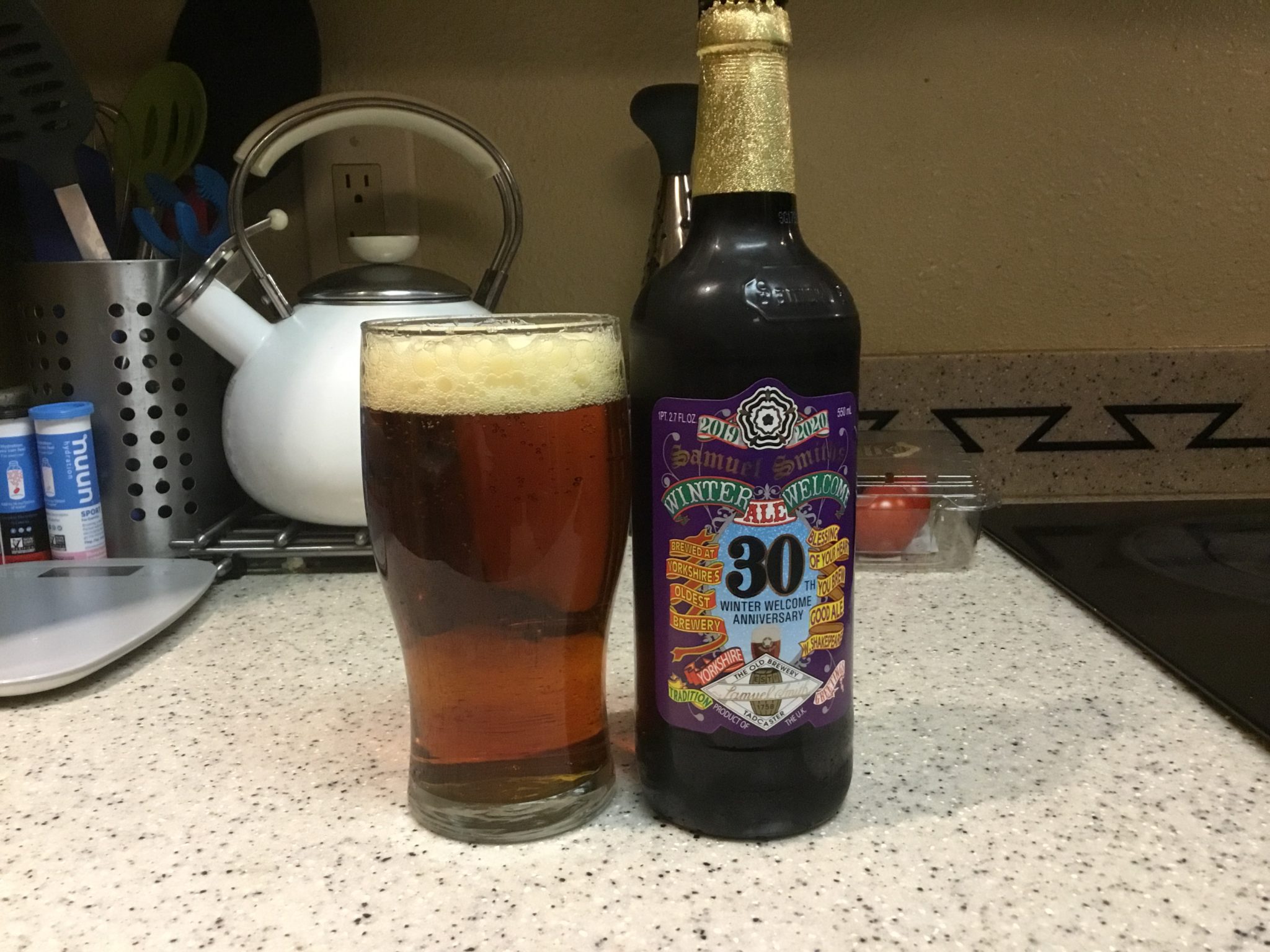 This whole thing was prompted last week when MSNBC interviewed Rep. Eric Swalwell regarding the first day of the “impeachment inquiry”, who appeared to flat loudly on live television.  Roll Tape…

Naturally, the internet did what it does best and give MSNBC more attention that it could possibly gain on the merits of their own content.  In response to the reaction from the internet suggestions were made as to what was the sound.  Specifically, MSNBC said it was a mug off-camera being dragged across a desk within range of the microphone.  Swalwell himself, also denied the sound was flatulence.

If the sound in the background of the original interview is a mug being dragged across a desk, then dragging a mug across a desk will produce a sound similar to flatulence.

Three tests to drag a Glibertarians Beer Stein (available the WordPress Store) will be performed with a video and audio recoding each test.  This is not only in essence, a ceramic mug, it is a particularly large ceramic mug.  The first test will be a simply drag across part of the desk immediately in front of the mousepad that has made an appearance on multiple occasions on this site.  The second test will account for the possibility the mug was dragged on a corner.  Finally, the third test will be much like third test, except more pressure will be placed on the mug that the first test.

Don’t piss on my leg, and tell me it’s raining, MSNBC.

Samuel Smith typically makes good beer.  This one is brewed and sold once a year apparently, and I managed to find it at Trader Joe’s for a very reasonable $4.  It is a traditional English ale with a twist…they hopped it.  What?  Don’t run away!  It’s not like that.

No, seriously it’s not.  It winds up being quite balanced between the usual bready malt, Golden, and Fuggle hops.  Get it while its available.  Samuel Smiths Welcome Winter Ale 3.7/5