Everybody likes to see a kite in the sky, peaceful and tranquil, hovering in the air, but there is much more to kite flying in the 21st Century as you may have guessed, let’s take a look.

First things first, I have flown R/C for 16 years, with 8 spent on 3D flying, and have a lot of time/money invested in the hobby, then I moved to Bullhead City AZ……

Way too much wind to fly my big boys, let alone my little quadcopters and such so, what to do? 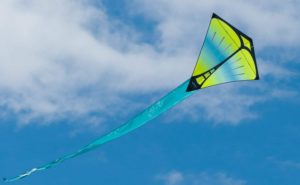 I knew 2 line kites existed, and thought about giving them a try, with a bit of research I found a nice, cheap Parafoil to start out with, and then went to YT, oh boy…. Did you know they make 4 line kites? 5 line kites? time to back up and study. It appears that a 4 line kite has what they call brakes, actually a wing flexing reminiscent of the Wright Brothers original design, but WAAAY better, you can potentially fly your kite Backwards, Spin on a dime, and land anywhere you want, pretty cool.

When the kite came in the mail, we proceeded to RTFM and all the Bridle lines came into focus, it made sense, after a few bowline knots, we hooked everything up and went up. Power! control! Crashes! it was great fun til the bridles and lines Tangled, bad, so we go back to YT and see what we did wrong…… 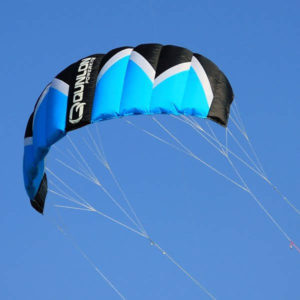 So many types, let’s run through a few:

Single line – what we grew up flying, add a tail and have fun, there are a variety of fun singles, 75 foot tails, cubes, animals, all sorts of fun.

Dual Line – these come in Delta wing and Parafoil designs, and they perform! crossing the sky sideways, loops, dives, the wind window is your only limit.

Five Line – these are the big, kiteboarding kites. The fifth line is a Bailout line; they need it. 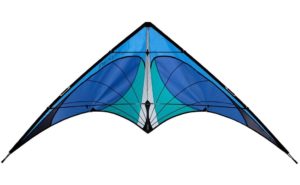 This is fun, as there are many ways do control a kite:

Dual Line – you are taking the entire wing and turning it to go where. you want to go. Arms parallel, and pull straight back, pull the left line to turn left, the right line to turn right, etc. Watch your loop numbers, then reverse them to clear your lines.

Four Line – the extra lines add the ability to shape the wing structure, meaning tight turns and loops, and the ability to land anywhere. But, if you aren’t on it, you crash…. 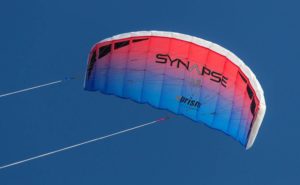 You can start with stock handle controls or mod some. I did because I’m Bob the Builder, or you can buy some big boy toys for big kites. These are nice tools for Big kites, say 3meters and above, so far I’m at 1.8 meters and getting a 2.5 meter, baby steps. I recommend trying out the smaller control kites, they are a lot of fun, and if you want to fly get the bigger ones next. 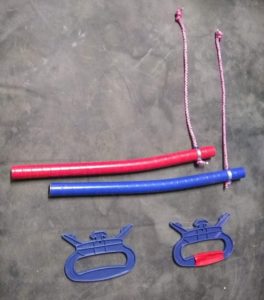 I built a set of brakelines, and if I’m feeling saucy I’ll set up a four line kite. The park I just found is awesome, not just for flying either – two dog parks, one with all the ability features built in. Should be fun! 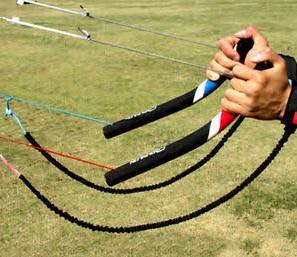 Kiteboarding, I wish they had it when I was young and strong, no need to send you to a YT link. Too much for me.

Kites are cool, since writing this imma gonna buy some single lines just for fun, you should too,

Have a lot of fun!

Next week, I’m getting a Prism Nexus, will report back. Prism is the go-to for good kites.

Defiant YDAK of the Desert

I broke my Heisenburgh Compensator, Dammit! Now I'm stuck here for a while.....

In December of 1997, the anthrax vaccine manufacturer was shut down and could not manufacture anything related to the AVA.…

Brett said he had a few meetings this afternoon.  So we decided to send in a bug to listen in…