The house took a break from staging a coup correcting the election impeachment circus kabuki theater inquiry and passed something resembling the USMCA.  I particularly liked how Pelosi took credit for a negotiated agreement between foreign countries, because that’s in the job description for a congrexperson. 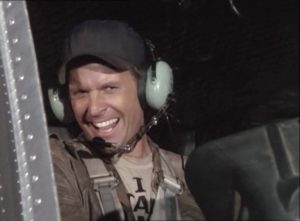 A Chilean C-130 disappeared on the way to Antarctica.  What do you want, a Bolivia joke, Mad Dog Murdock, Aliens? …nah. There is no indication the plane was filled with Communist dissidents.

A fun piece about a Citgo executives detained in Venezuela.  Their first mistake, clearly was working in Venezuela.

The six men were arrested just before Thanksgiving in 2017. They had been called for a last-minute meeting in Venezuela. Once in the conference room at the PDVSA headquarters in Caracas, armed, masked security agents arrested the men.

The families were perplexed when they learned about the arrest after Venezuela’s chief prosecutor announced it during a press conference.

Since their arrest, the men had been held in the basement of Venezuela’s military counterintelligence agency under conditions that relatives have described as human rights violations. At one point, 60 people shared a space meant for 22, lights were kept on 24 hours a day and they were allowed outdoors for 20 minutes every six to eight weeks.

I think today is a Breaking Benjamin kind of day. I can’t remember if I linked this one before, I dunno.