First of all, let me just say, fuck Christmas decorations. Fuck aaaallllll of them. I spent like four hours yesterday and have two or three more today just helping my wife’s decorating. Which, IMO, is a little bit excessive. Like, Christmas tree, okay. Stockings, fine. Put out some Christmas lights so we’re not the Grinch family, cool. But why do we have like a whole different interior decoration theme complete with little nick-nacks that go on every available horizontal surface? I still don’t feel bad about using my one veto for striking the snowman head Christmas tree topper. It looked like we had mounted Frosty’s head on a tree as a warning to all the other snowmen. We’re going back to a more subtle and decorous star.

Speaking of Florida Man in the Christmas Spirit.

This seems a little wasteful.

…and that’s really all I’ve got that won’t tread on SF’s Deathwatch. Sorry, not enough Florida Men posting bail since Thanksgiving, I guess.

With Kamala Harris, the fake nails and weave of the Democratic field, out, I just can’t imagine what the other sub-candidates are waiting for.

Mayor Pete is having the Iowa surge they were all hoping for and New Hampshire is pretty much still up for grabs and will probably be decided on name recognition (Biden) or schoolmarmocity (Warren.)

As most of the (ew) white people keep failing one purity test or another, Castro is the far left whackjob still standing. Booker is running out of money (again) and just can’t seem to be Obama as hard as he tries.

Klobucher, Steyer, Patrick are obviously waiting for a VP chance, but, honestly, they bring nothing to a ticket. Patrick won’t solve the problem black voters have with Mayor Pete, Klobucher might be a nice pick for Biden, but that’s it–and who does she bring to a ticket that Biden doesn’t already have? Slightly different white people? Steyer might balance a Mayor Pete ticket, but any old could do that.

Gabbard, Yang, Delaney, and Williamson have no useful VP matches that are also possible. And at this point, the irrational hatred toward Gabbard is probably going to get her primaried from the far left. (And a third-party run might end her political career completely, aside from kicking around the Libertarian Party for a couple of decades.) Yang, I can only assume, is on some sort of Brewster’s Millions mission to blow as much money possible as long as he has nothing to show for it at the end. Delany looks like a penis with ventral teeth. Williamson, well, shit, who knows?

And as always, HER lurks. 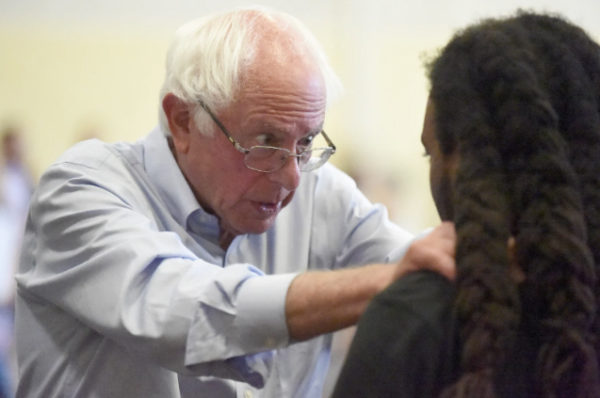