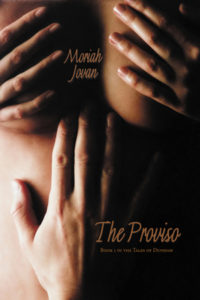 In our last episode:

I did my own first cover. It isn’t horrible, but it’s not good or representative of what’s in the book. I take comfort in what Reid Hoffman at LinkedIn said: “If you aren’t embarrassed by the first version of your product, you launched too late.”[6] I re-edited it and put out a second edition with a new cover (that someone else did).

[6] I wasn’t too embarrassed until a friend said, “I am amused by your creative use of verbs.” I dun fucked up.

I am amused by your creative use of verbs.

That hurt. That hurt in ways I cannot explain. Why? Because I knew I was doing it when I was doing it. I knew it was wrong. I knew it hurt the book, the pacing, the rhythm, and in some ways, the story itself. But I did it anyway because demz wuz da rulez.

Or so I thought.

Rules of writing. These are the rules that get passed from one aspiring writer to another like a game of telephone, treated like gospel in critique groups, ignoring historical writing models or actively trashing them as dated and sloppy, all gleaned from that one conference that one time when that one junior editor at that one publisher gave a workshop about what editors are looking for, said something in passing, and the veteran aspiring authors engraved these rulez on golden plates.

One of many of these nitpicky little shits was “don’t use ‘be’ verbs.” So like a dutiful little writer type, even though I knew it was wrong and bad and ugly, I did everything I could to use no “be” verbs in Teh Bewbies™. I twisted myself into linguistic pretzels to keep it from happening. There were so many unnecessary words added to get out of using a “be” verb.

What the rule intended was to eradicate passive voice. The heroine was plowed by the hero. No. The hero plowed the heroine.

It started in the early 90s and was the Big Deal for a long time. If my brief time in online writer circles (in 2007, when I got back into it) was anything to go by, it was still a Big Deal. “Don’t use ‘be’ verbs.”

Apparently no one, including I, got to the deeper issue of passive voice.

Now, I have only seen this nincompoopery passed around in genre fiction, not nonfiction or litrachoor. My friend who said this to me writes litrachoor and they not only fling “be” verbs around like parade candy, they construct passive sentences on purpose!

I knew it was wrong and bad and ugly when I did it and I did it anyway.

I dun fucked up.

Because I self-published, I have all the control.

And when you self-publish and you have all the control, you’re never finished tweaking.

So I went about pulling that out of print, re-editing it, and releasing it again.

Were I with a publisher, I would never have been able to do that. Nora Roberts’s first book is, I’m told, something she would like to bury to the core of the planet. It fetches a mighty sum.

Teh Bewbies™ is still out there floating around. People love it. They see the flaws but they don’t care. It’s still people’s favorite book of all time.

I am amused by your creative use of verbs.