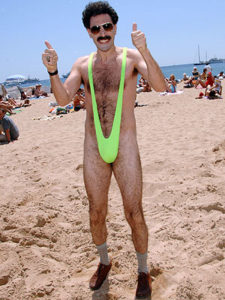 I don’t know about you but I had a rather busy weekend, busy enough that I am cursing the NFL for admitting Seattle fumbled the ball but for some reason that doesn’t mean they lost the ball.  Can’t piss off the 1990’s fairweather Cowboys fans, I suppose.  No matter, it seemed to have the effect of firing up the Packer’s defense.

So I’m doing this from yesterday as I fast forward through the “Bloomberg para el culo en jefe” commercials.

Mexico City bans plastic bags, which might actually work out given they literally sell baskets in every shop.

Man who’s only gift to the world was a dumbass show, dies.

Boy they sure know how to party in Rio!

On one hand, of course Venezuelans stand in solidarity with the Iranian regime.  On the other hand its Breitbart.

Literal banana republic tosses around the idea of making life suck even more.

Tunes…I think this one from an under appreciated Seattle band captures the 12th man’s persons mood this morning.  If not then perhaps this one.  Hopefully they don’t snort enough coke to kill themselves prompting this one.