The preference is to find a writing prompt on the label of the beer itself, but I have not been able to do that as of late.  Maybe I am running out of ideas or something?  Nah.  I found one that lets me do it, I just wasn’t looking hard enough.  This is my review of Stone ///Fear.Movie.Lions. 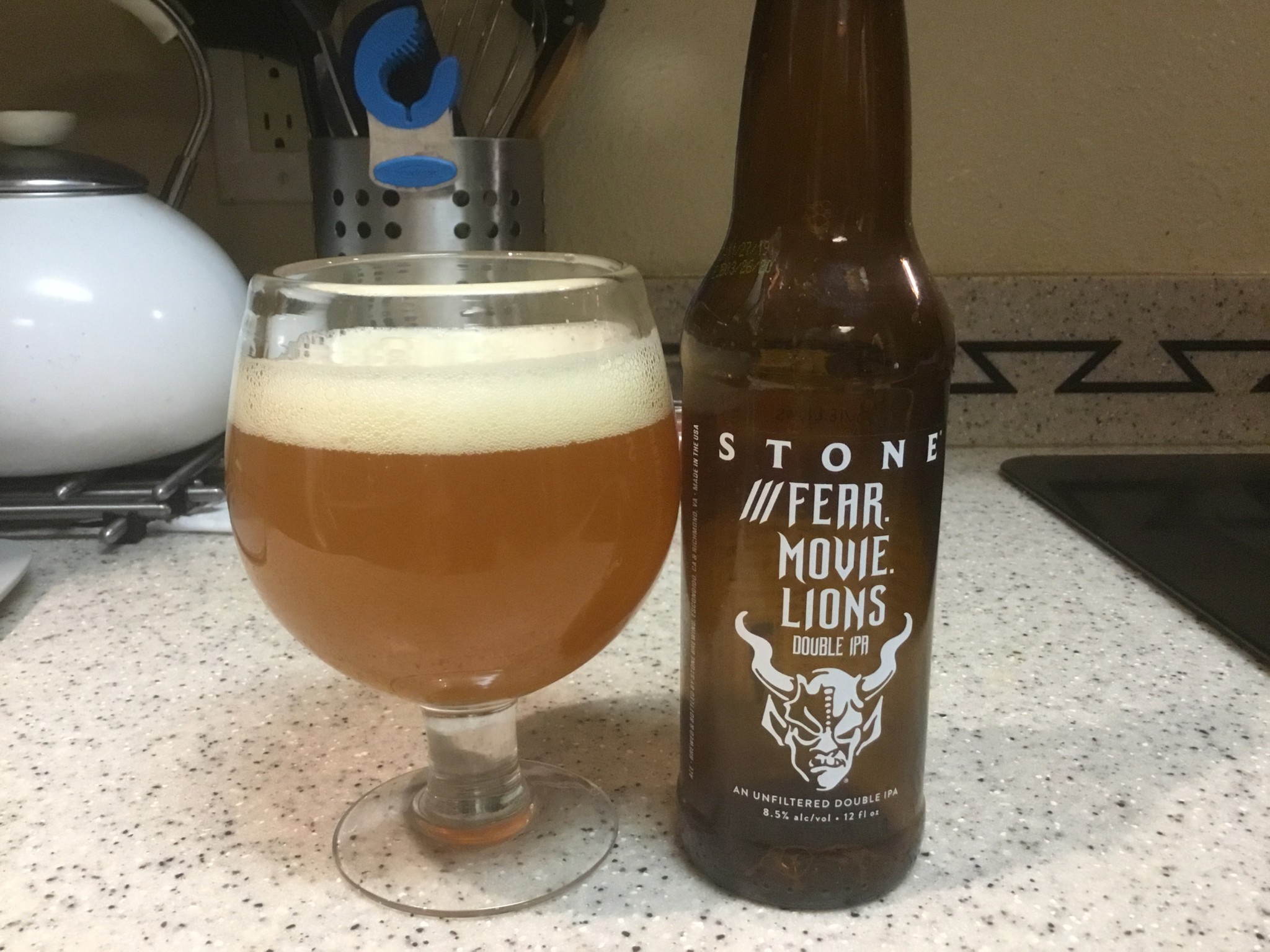 In this case, the fun idea is written all over the back where Stone typically makes fun of it’s customers.  The name of the beer is a reference to the location of the Stone brewery in Virginia using What3Words.  What3Words is a geocoding system that divides the Earth into equal squares of 3M x 3M.  M of course is a Meter, a metric unit of measurement similar in length to a yard but is slightly larger for those of you not used to the metric system, or simply prefer to use Freedom units of measurement. 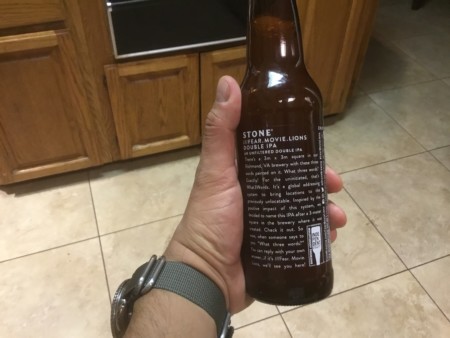 Anyways…. the entire Earth is divided into this grid of 9 Square Meters, an area a bit larger than the size of a office cubicle but smaller than a bedroom.  The three words refers to a unique “address”.  Why not just use a street address?  Many addresses are a reference to what the United States Postal Service defines as an address.  Using an address with a street name can be confusing, and can ultimately lead to confusing incidents where somebody will say they are waiting on the corner of “1st and 1st“. Want to know how many roads are named “Peach Tree” in Atlanta?  70.  There are many ways to determine where a dwelling or a business is located.  Arizona for example uses a grid system with the reference point being where the Gila and Salt River basins meet.  Its called the Baseline – Meridian System and this is how the state subdivides real estate into 6 x 6 Mile squares.  Yes, Baseline road runs along this system, it is also why the streets cant a bit to the east and return back to running north-south as you drive across Baseline road.  My property tax bill references the lot, within the grid, for my property’s exact location.  For this reason, no two What3Words grids share the same word.  There is also the issue of not every location on Earth has a street address.  If you need proof, a typical street address on the Navajo Reservation can sound as random as “2.2 miles south of Hwy 89 at Mile Marker 19” (my apologies if this is your actual address).

Why use words when GPS coordinates work just as well?  Do they though?  Even though the military can use GPS to a frightening level of accuracy, GPS can easily put you in the “right” place even though what you are looking for is caddy-corner to your present location.  As far as it is concerned, you are close enough.  Then there is the issue with the network going down, and try to wing it, or it loses your location temporarily and you are not in a position to stop and let it acquire its location.  The latter problem might not be resolved by What3Words since it is an app, but if for example you are looking for the entrance to a building, the entrance is more easily identified since the nearest reference point is about the size of an office cubicle.

This is also a geocoding system that was not designed and implemented by a government, which should be of interest to the anarchists floating around here…Its influence on telecom, aside. Finally, the last part of why What3Words might be easier to use:  it is easier to say and write three random words than coordinates of two 16 digit numbers, or an alphanumeric street address.  For an example, my location as I write this as work is ///Flatten.Income.Magnets.  I can say that with a certain degree of safety, because as of yesterday I no longer work there.

Stone was crazy enough to give us its location knowing somebody will be crazy enough to find them and tell them its terrible.  This one was not pleasant for me at all, given that I am not an IPA fan.  This one is particularly unpleasant but in its defense has a relatively high alcohol content, which is probably how they can get away with hopping it the way they did.  If you happen to fancy IPA, it is part of their IPA sampler pack, available at places like Cosco.  Stone ///Fear.Movie.Lions:  2.8/5.