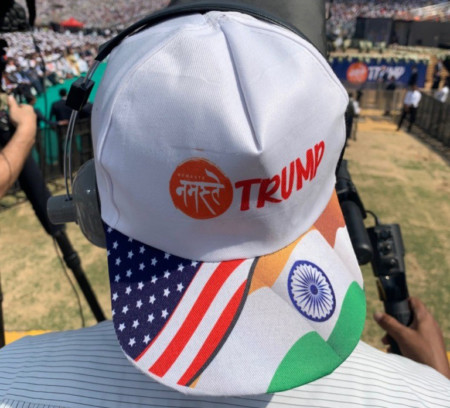 “Look at it,” the hair whispered to the hat. “It’s just a sea of white hats all saying ‘Namaste, Trump.’ They love him.” 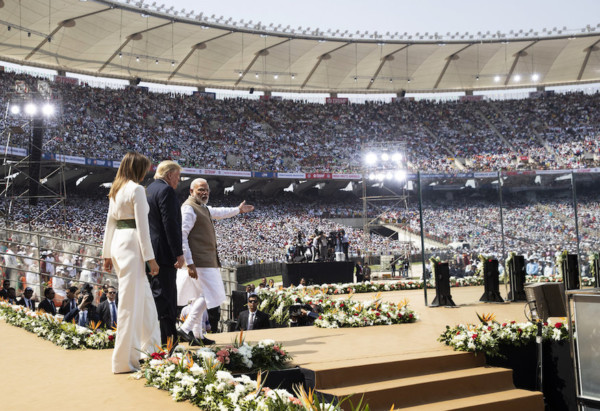 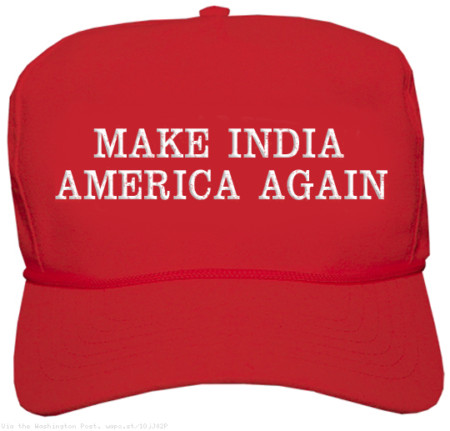 “Nothing can make you happy,” the hair said. “You’re positively anhedonic.”

“That’s not what that means!” the hair said.

“Will you two shut up?” Donald grumbled.

Melania narrowed her eyes to sightless slits and made a disapproving clucking sound.

“Too bad vey cannot vote for you,” Melania said coldly.

“We should have brought Barron,” Donald said wistfully.

Melania’s frozen facial muscles attempted to twist into a grimace.

“All the souvenirs will be enonsh for him,” she said dryly. “You bought everythink with your name or face on it at every flea mahket they have drugged us to.” She brushed non-existent dust from her long white dress and sighed theatrically.

“Why did we have to bring her?” the hat asked again. 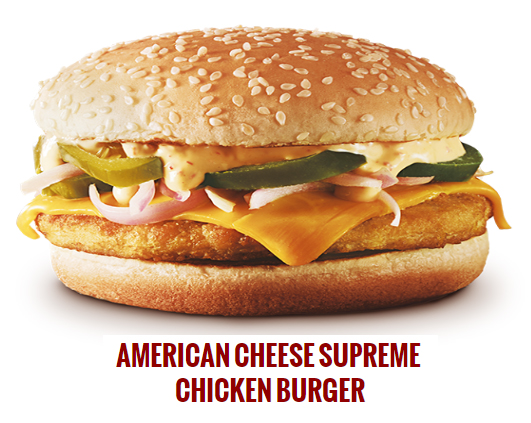 “I think the beef has gone off,” Donald said.

“It’s chicken, it’s a chicken patty,” the hair said. “This is India. Most people are vegetarian or don’t eat beef.”

“The other one was better,” Donald said, bits of American Cheese Supreme Chicken Burger falling out of his mouth. “The Big Mac.”

“We’ll get you two of the Chicken Maharajah’s next time,” the hair said in soothing tones.

“I want another Thums Up,” the hat hissed.

“You, sir, have had plenty of caffeine,” the hair told him.

“I want to taste the chilling thunder,” the hat growled. 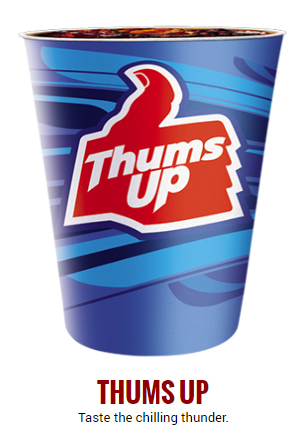 “How would you even drink it?” the hair asked.

“Just pour it into his pocket, dammit!” the hat screeched.

“Stop valking to yourself, Dohnald,” Meliana said, kicking his foot.

“What the fuck are you doing, bitch?!?” the hat asked.

“Calm down,” the hair told the hat.

“RISE UP, INDIA!” the hat screamed. “RISE UP AND SMITE HER!”