Inside the Extremely Vanilla World of Pete Buttigieg Fanfiction

Thirty-eight-year-old presidential candidate Pete Buttigieg would be winning the election if the election was held on Archive of Our Own, an open-source platform of slightly highbrow user-submitted fanworks from a variety of fandoms. On Archive of Our Own, Buttigieg and husband Chasten Glezman are the stars of user-submitted fanfiction or, more specifically, RPF—real person fiction—which has been popular in fannish circles for decades. In these nearly 70 stories, Buttigieg and Glezman’s relationship is the focus. Some of the RPFs are sincere and sweet, while others are House of Cards rip-offs, with Buttigieg advisor Lis Smith delivering Aaron Sorkin-paced dialogue. And then, of course, are the explicit RPFs, which fantasizes about the intimate details of Buttigieg and Glezman’s relationship. AO3’s chaotic, free-for-all tagging system with phrases like “it was supposed to be smut but then I killed someone” and “i swear this isn’t straight angst, (it’s gay angst) it’s clear to see why Buttigieg, of all the politicians running for president right now, would become fannish fodder. It’s parasocial relationships with politicians arriving at its most obvious endpoint.

I hate to agree with a Jezebel article, but this is sadly true. I read thirty of these with the most promising titles and they are all weaksauce, seriously lacking in the sort of hot man-on-man action fans crave. They barely let the man bust a nut. 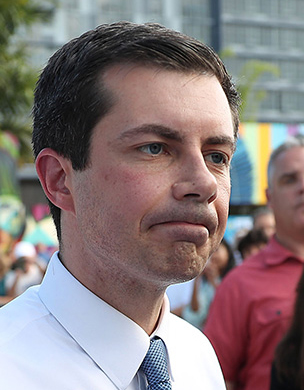 Damn you, Trump! They are obviously following his secret orders!

Days of violent clashes between Hindu and Muslim mobs in New Delhi have left as many as two dozen dead and hundreds injured, putting the country on edge. Donald Trump and Indian Prime Minister Narendra Modi soaked up much of the media spotlight during the American president’s visit this week, but in the background, violence played out in relation to monthslong protests over religion-based citizenship laws. The mood of the capital has been tense since Modi’s Hindu nationalist governing party enacted the Citizenship Amendment Act in December, which allows settled refugees from neighboring countries Pakistan and Bangladesh and nearby Afghanistan fast-track citizenship. The law, however, conspicuously excludes Muslim residents, sparking anger among the some 200 million Muslims living in India. The law also led members of Modi’s Bharatiya Janata Party to muse about undertaking an operation to “verify” Indian Muslims’ status as citizens writ large, a not-so-subtle threat to the country’s largest minority group.

Maria Sharapova Steps Away From The Game 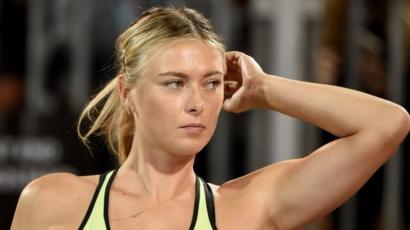 Sharapova retiring is not much of a shock. She probably should have just quit after getting suspended for two years for performance-enhancing drugs.

I always loved to watch her play: the grunting, the insane glaring… oh, the shiver of pleasure I felt.

Her career will always have an asterisk by it. She won five Majors, but how many more would she have won without Serena Williams in her way?

Two doctors in London have been suspended after performing an irreversible vaginectomy on a transgender man without his consent.

Metro UK reports that the nonconsensual procedure was performed by Drs. Marco Capece and Giulo Garaffa in 2016, at Highgate Private Hospital. The patient, who had begun transitioning in 2013, reportedly consented to a hysterectomy and a metoidioplasty, but did not want his vagina removed. Garaffa reportedly did not check the patient’s medical notes and performed the vaginectomy anyway. Capece is accused of later altering the patient’s consent form to make it look like he wanted the procedure.

Democrats Effectively Demonstrate That There Are Too Many Democratic Candidates Left

SANDERS: Let us be clear, do we think health care for all, Pete, is some kind of radical communist idea?

BUTTIGIEG: Well, you brought this up, let’s talk about that.

SANDERS: Do we think raising the minimum wage to a living wage…

BUTTIGIEG: I’m happy to respond to the question because this is really important…

SANDERS: … do we think building the millions of units of affordable housing that we need…

BUTTIGIEG: If you’re going to ask that rhetorical question, let’s…

SANDERS: … do we think raising taxes on billionaires is a radical idea?

SANDERS: Do you think criminal justice reform is a radical idea?

BUTTIGIEG: The things you just named are things…

SANDERS: Do you think immigration reform? The truth is, Pete…

BRENNAN: One at a time.

BUTTIGIEG: The way you’re talking about doing it is radical by…

SANDERS: That is why I am beating Trump in virtually every poll that is done, and why I will defeat him.

BUTTIGIEG: We’ve got to open this up. Universal health care, for example…

Yup, that’s the way to have a debate, all right.