How to talk Romanian good

I had a post back in the day where I regaled the glibs with tales of my learning English and a few audio clips of me speaking. And as the readers clamored “Pie, let’s hear that sexy voice again”, I aim to please. This is that post. Romanian, the one true language, differs from the bastard tongue of the perfidious Albion in many ways. One of those ways is that it is a mostly phonetic language, no mucking bout with your silly English spilling [sic] of words. You pronounce it like you write it, mostly. That may cause an issue with those of the Anglo-Saxon linguistic persuasion, and not just thing like emphasis. Things like not pronouncing letters that should be pronounced. There usually is no silent H Z or WKZR in there. We may also have a few additional letters, like any proper language should, instead of torturing words with unnecessary letter groups.

I can go all Wikipedia here and give various detail on the tongue, like A statistical analysis sorting Romanian words by etymological source carried out by Macrea (1961)[90] based on the DLRM[101] (49,649 words) showed the following makeup:[91]

There are things like Romanian nouns are characterized by gender (feminine, masculine, and neuter), and declined by number (singular and plural) and case (nominative/accusative, dative/genitive and vocative). The articles, as well as most adjectives and pronouns, agree in gender, number and case with the noun they modify. Romanian is the only Romance language where definite articles are enclitic: that is, attached to the end of the noun (as in Scandinavian, Bulgarian and Albanian), instead of in front (proclitic).[104] They were formed, as in other Romance languages, from the Latin demonstrative pronouns.But all these are already on Wikipedia. That is the very place I copy pasted all of the above from.

Now let’s get down to brass tacks (ghinturi de alamă) wherein one more time, Pie (Plăcinta derived from the Latin placenta) is here to drop some knowledge on the fine Language of Scions of Dacia. Besides the basic bitch Latin alphabet, we have the additional letters ă â î ș ț. While the â and î are probably not a sound in English, ș is as the sh in shape and ț is as the ts in pants. Â (called “from a”) and î (called from i) are basically the same sound, and for some period of time only î was used, until â made a comeback at the decision of the Romanian Academy. This was during my time in school and I had to get used to the new spelling. Basically the rule right now is î is used when it is the first letter in a word (e.g început – beginning) and â is used inside words (e.g câine – dog). Also during this time due to changes in î, the verb to be first person / third person changed in spelling and sound, from sînt to sunt.

Special letter groupings are few. Ce ci, che chi, ge gi, ghe ghi. Basically denoting a harder or softer c and g. Here we have the first sound file, me and my beautiful voice saying the various words and sounds from Romanian.

There are also mostly useless letters, like q and y and w, which are hardly used at all, and mostly incorrectly in loan words. Incorrectly is a bit much, but in general, due to the phonetic characteristics of the language, the standard operating procedure is do change words to how they are pronounced in Romanian. A good example is the across the street word, from the French vis-à-vis, which became vizavi. The computer peripheral mouse became maus. Recently, since the explosion of the internet and English as the lingua franca thereof, the youth these days, no respect for tradition, simply use English words and spellings. Which to some is romglish, derogatory off course. I am myself annoyed by some English words which completely replaced local equivalents in 90% of cases, including so called serious journalism, many corporate like “job” or “task”, some not like shopping, fitness and gay (not meaning happy though).

So let us get some words down and their pronunciations, in order to illustrate various sounds:

As an example of how not to pronounce Romanian, Ian of forgotten weapons trying to say : Haralamb Dimancea.

And that is about it, innit? 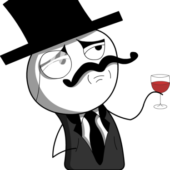