“A miraculous recovery, Mr. President, just miraculous,” Steve said, going in for a handshake. When Donald drew back from the proffered hand, Steve let it drop back down to his side.

“What’s wrong with your face?” Donald asked. The hair heard the hat snort from Donald’s suit jacket pocket. He tried not to quiver with laughter on Donald’s head. 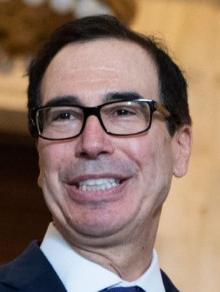 “That whole thing,” Donald said, swirling a raised hand in front of Steve’s face. “Why does it look like that? Were you in a fire?”

“That’s just his normal face,” the hair whispered in his ear.

“Are you sure?” Donald asked out of the side of his mouth.

“Let’s just get this over with,” the hat grumbled from his cozy pocket.

“What were we talking about?” Donald asked Steve.

“Your recovery, Mr. President, how miraculous it is,” Steve said, showing his teeth again. Donald shuddered.

“I was never sick,” Donald said.

“Where? I’ve got a campaign to get back to!” Joe said, reading off the note taped to his forearm.

“I don’t feel well,” Huma whispered and lay back, closing her eyes.

Hillary rattled the bottle of fish parasite medicine at her. “You need it,” she said. “You’ll get sick.”

“That’s just the chloroquine getting into your system,” Hillary said softly into her ear and then kissed it gently. “I don’t want you getting this virus.”

“I needed my original body back!” Hillary shouted. Huma flinched and gagged.

“I love you no matter what you look like,” Huma finally managed to say.

“If I’m going to get the nomination…”

Huma grimaced and clutched her stomach in pain. Hillary went to the open window of the room and coughed out it, trillions of the virus particles her body was producing every minute spraying out into New York City, settling as a deadly mist over the street below.

“You have to be OK, Huma,” Hillary said. She sneezed violently, a light breeze carrying her filth down the avenue, infecting thousands, COVID Hillary, viral disaster zone.

“You have to be OK,” she said again. “We have to go to the convention, you have to help me make them all pay.”

Huma leaned over the side of the bed and vomited onto the floor.

“What’s happenin’ in here?” Bill asked, shuffling in, his gray skin sliding down his face, his folksy accent still firmly in place.

“GET OUT!” Hillary screamed, jowls quivering.

“No, wait,” Hillary said. She crossed to where Bill was by the door. Her hand shot out and grabbed the loose skin of his face. She looked in his rheumy eyes, those blue-gray eyes that he had used to seduce so many women.

“I have something to give you,” she said, her rancid breath scraping across his face.

She smiled and then spat into his open mouth.