Another letter to the congresscritters

Recent events have got me all riled up so I decided to write another letter. My problem is I can’t think of arguments on the fly. If I were to participate in a debate, my rebuttals would be, “oh yeah? Well, fuck off!” And I would be awarded zero points. That’s where this place comes in. Over the last few years if one of your comments made sense I made a screen shot of it to use at a later date. Is this creepy? Probably. So hat tip to Scruffy Nerfherder and Suthenboy for their wisdom, parts of which I incorporated (plagiarized really) into my letter to Senators Alexander and Blackburn, and to Representative Cooper. As with my last letter I failed to receive a response. If I receive anything not automated, I will post an update.

Dear Senator/Congressperson –
You have failed the American people. Either intentionally or inadvertantly you have created an environment full of spite, resentment, and hostility. There is much more to our woes than being murdered by the knee of a police officer as we are all subjected to injustices from all levels of government, regardless of race. You swore to uphold and defend the constitution when you took your oath, and yet you and your fellow senators and representatives continue to look the other way when the rights of the American people are trampled upon. When our assets are seized under civil assest forfeiture laws, did you point out this
violation of the Fourth Amendment? When the government puts its citizens on watch lists and illegally spies on them, did you point out these violations of the Sixth Amendment? When state officials order their citizens to not assemble peacefully, did you point out this violation of the First Amendment?  More recently, unarmed citizens are being killed by police, but where are your calls to end Qualified Immunity, destroy the Officer’s Bill of Rights, and dismantle police unions?
Your failure to do your job has allowed abuses of power and corruption to thrive for decades without any accountibility. You were elected to serve the people, not opress them. Authority is not granted to the government by laws passed by elected representatives, authority is granted by the citizens to the government in a contract called the Constitution. You are the hired help. You need to do your job and do as your boss (the citizenry) tells you or you will be replaced.
Sincerely,
I.B. McGinty
PS – here is another example of why I come here:
Q Continuum: “Megan McCain is putting on some weight.  I’d still enjoy putting my penis between her tits.”
Scruffy Nerfherder: “I don’t get what you’re saying. Be more explicit.”
Q Continuum: “8====D (  .  )  .  )” 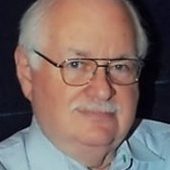