Hey guys, I hate to link and run, but this job expects me to work, like all afternoon. And I’m too lazy to trade Sloopy for morning links. I know other commenters continue to cast asper(ger)sions on my desire to be the Meth King of the Wang, but somebody’s gotta, why not me?

County posts tips to help keep mosquitoes away… I’m hoping walking around mask free keeps the Karen strain out of my yard.

Congress demands Answers from Trump on Russian bounties in Afghanistan, won’t be satisfied until he admits he colluded with Pootie-Poo.

Gee. how did this happen? 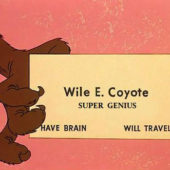 Brett set out to find America, the real America, the America of strip malls and serial killers, of butthole waxing and kelp smoothies, of cocaine and maggots. He sought it in the most American part of America—Florida: swamp gas and fever dreams, where love arrives on a rickety boat and leaves when it doesn't have the money for its fourth abortion. Oh, where has Brett gone? He’s drinking at the neck of America’s wang, chewing its foreskin and working its shaft. Brett is becoming legend. Brett can never die. Brett can never die. Brett is America, facedown in his own patriotic puke: the red his blood, the white his stomach lining, and the cold, cold blue his gas station slushie, spiked with coconut rum and tetracycline.

Newman's Own to Change Name, Logo to Huey Newton

SAN FRANCISCO - The change was announced yesterday on the company's Twitter account. Originally named for its founder and Hollywood…