“Fascism is the stage reached after communism has proved an illusion.” Friedrich Hayek

I would like to begin with a short discourse on fascism. A fully nuanced and comprehensive essay would actually be beyond my means and would require a book length monograph to do the subject justice. But we can describe the heart of fascism: it is the willingness to marshal the entire forces of a society against an enemy and a willingness to do what is needed to be done to annihilate it. To marshal the forces of society, the fascists prioritize bringing the means of production under a centralized control. They dictate who produces what, to whom they deliver what they produce etc.

Mussolini being a syndicalist, the original incarnation of fascism was essentially an attempt by Mussolini to practically implement the political philosophy of syndicalism in Italy, taking into account the political, economic and military issues of the time. Like the communists, the syndicalists wish to socialize the means of production and place them at the disposal of the workers. Like the communists, the syndicalists are believers in direct action and violent action to implement this socialization.

The major differential is that the syndicalist believes that workers should own the means of production that employ them only, instead of owning all the means of production. So, railroad workers own the railroads (but not the wheat threshers), while farmers own the wheat threshers (but not the railroads). The inevitable result of this syndicalization of the economy is that you get these socialized sectors of the economy trading with each other with a central control system managing the trade. In other words, you get state capitalism.

As in all centrally managed economies, the central coordinators disrupt the system of price signals that coordinate economic activity in order to get the results they desire. Moreover, the people making the economic decisions are all making the administrative and executive decisions that best meet their own personal goals.  Inevitably, the managed economy becomes corrupt, inefficient, bloated, unproductive.

As a consequence, the fascist economy tends to become less and less wealthy over time. It’s not productive enough to grow. Its capital stock wears out faster than it can replace it. So more and more of the economy within the nation has to be subsumed into the fascist system to make up for the losses, or outside resources have to be seized by force.

But at the outset, when it is first implemented, particularly in a time of crisis, Fascism seems to work very well. Resources that were idled due to violence, or savings that were not put to work due to uncertainty are all put to production towards some specific and very visible goal, and the success in that front will be very apparent, while the decay will be obscured.

Does Fascism Have to be Syndicalist?

Seeing Mussolini’s successes in Italy, many non-syndicalists seized upon his system and tried to implement it at home. Some, like Hitler, were not syndicalists but had cultural goals. Some like Franco started out as syndicalists, but rejected the philosophy because they were dependent on anti-syndicalist allies to rule. Some like Kemal Attaturk were nationalists bent on creating a modern nation state using the latest scientific consensus.

Despite all of these disparate movements having completely divergent aims and political philosophies, the way they organized their governments and sought to implement their ideas had great commonality.  Fascism was and remains a method of rule. Fascism was the method of organizing and regimenting society. Fascism was the willingness to use violent means to bring the recalcitrant to heel.  Fascism was makeshift. And, not being wed to any particular principle other than the mighty exerting their will to order society to face challenges, fascist societies can rapidly change their rules and methods to adapt to changing circumstances.

As a consequence, even the nominally communist nations such as the Soviet Union, Cuba, Albania, China and North Korea, have all ended up with fascist states that pay lip service to being communist, leading Hayek to make the quip that led off this article.

Fascism is the New Capitalism

Karl Marx famously coined the word ‘capitalism’ as “a mode of production based on private ownership of the means of production. Capitalists produce commodities for the exchange market and to stay competitive must extract as much labor from the workers as possible at the lowest possible cost.”

In opposing capitalism, the communists and the fascists seek to overthrow the existing exploitative order and either create a new just one, or restore an old just one. They seek to yoke the owners of capital and to force them to act in ways that enhance the social order. But having seized control of the means of production, the fascists and the communists are faced with the very real problems of how to operate the means of production. And naturally, their interests are very similar to the ones of the private owners they have shot or coopted. And, since the decisions they make are not only for the good of society, but are absolutely vital to preserving society from being destroyed by its enemies, the anti-capitalist justice movements rapidly begin exploiting the workers with every bit of viciousness and inhumanity as they imagined the capitalists used to.

Since they are used to using violence to gain compliance, their exploitation becomes completely coercive. It becomes a crime against the state to be habitually late for work, to miss production quotas, etc. Rather than being fired, a lazy, hapless, or negligent worker faces jail, beatings or being shot. Changing jobs becomes a lot harder.

Paradoxically, the anti-capitalists end up recreating what they imagine capitalism to be; a state capitalism that ruthlessly exploits workers, keeps the working in hazardous conditions, grinds them into poverty with low wages, manufacturing poor quality goods for their consumption, all the while telling them how lucky they are.

Though paradoxical, this is inevitable. Any system of coercively controlling the economy must exploit its workers and grind them down. It cannot tolerate freedom since free people will inevitably undermine the state rather than supporting it.

But during the period leading up to the take-over, the cadres behave very similarly. They violently attack enemies of the party. They make the country ungovernable absent the party receiving concessions from the rulers. They draw their membership from people disaffected with the direction of society. They indoctrinate their membership to see themselves as a force for defending order and morality, the wealthy as plutocratic predators selling out the nation and the loyalists of opposition parties or members of disfavored social classes as enemies to be ruthlessly put down. They are also conditioned to ever be searching out and targeting new enemies, making them very pliant when the party decided to make new alliances or to target new enemies.

Anti-Fa is a set of violent groups of people who are loosely organized by professional agitators and indoctrinated to use violence at targets selected by those agitators.

The groups have no coherent stated philosophy. Rather they espouse a hodge podge of ideas marked by opposition to capitalism, with a goal to returning the means of production to the workers. The groups tend to most heavily espouse anarcho-communism and anarcho-syndicalism. The members are encouraged to see themselves as fighting an insidious hidden movement of white-supremacists and fascists who are bent on exploiting the poor and downtrodden. They are morally sanctioned and primed towards using murderous violence towards their targets since their targets are, in their minds, morally depraved and deserving it.

Their indoctrination is of the sort that any critical thinker would think is laughable in its detachment from reality. They are rightly mocked for believing that the areas they operate, such as Portland, Oregon are hotbeds of white supremacism.  But that indoctrination is purposeful; the organizers don’t want critical thinkers within their ranks. The laughable propaganda is intended to repel the sort of people who think for themselves and might not go along with the program. In my opinion, it’s intended purposefully to attract only people who will believe anything and who are tractable enough that they can be easily induced to assault anyone they are directed to target.

They are, in effect, very much like the paramilitary wings of every fascist movement that has made a serious play to seizing power.  They are most active in cities that are Democratic party strongholds.  They are not loyal to the Democratic party per se, so much as a very radical progressive/socialist wing of the party. To date, they have been used more to purge non-socialists from the party in locales where the socialists are powerful enough to seize control. This, coupled with the very serious risk of damaging exposure were they to be arrested outside jurisdictions where the prosecutors are allied with them, and the serious risk of getting shot by property owners who are living in polities that aren’t hostile to self defense, has limited their operations to places like Portland, Oregon or Boston, Mass.

The pay-masters who direct and control Anti-Fa are securely embedded in the eco-system of NGO’s that promote socialism.  The agitators are likely motivated for widely different reasons. Some are true-believers. Some want power and this is an easy way to get it.  Some are attracted to the movement because it gives them a supply of young cadre members to use for their own personal gratification.  Some find it a lucrative, mercenary profession. The people paying them want to violently reorder society and seize control of it. And the funding ultimately is extracted from wealthy members of the west’s aristocracy who embrace socialism and don’t understand that they are purchasing the piano-wire that will be used to strangle them should their movement succeed.

It’s apparent that the ultimate goal of the people pulling the strings on anti-fa is just a little destabilization; one that creates just enough chaos to help the string-pullers further their goals of gaining political power; that rather than overthrowing the U.S. and state governments, they merely want to gain control of them. In this Anti-Fa’s managers have far more in common with Mussolini than with Lenin.

But they are playing with fire since the foot soldiers they recruit would prefer to follow Pol Pot to Lenin.

If Anti-Fa is able to achieve its aim of destabilizing society, one of two things will happen. Their paymasters will seize control, or some of their victims will create counter movement that is just as violent to defend their victims’ interests that successfully defeats them.   Whichever side is victorious, it will come to power to rule a fractured people with a damaged economy. To consolidate power, to get the forces of production working again, to restore order, the ultimate victors will have to start making the decisions on how the capital stock in the U.S. will be used. Inevitably, whoever wins, they will resort to the state capitalism that is the real-world result of implementing communism, socialism (national, international, democratic or otherwise), or syndicalism.

Win or lose, should anti-fa achieve its goal of bringing the modern white-supremacist neo-liberalist patriarchial capitalist order to its needs, the people who ultimately will end up in power will be fascists. It won’t matter what the victors’ actual stated ideology is. It won’t matter which enemy they are ruthlessly suppressing to preserve society and create justice. The ultimate victor will have to embrace fascism to survive.

Anti-fa’s hatred of freedom and liberal principles ensures that they are working towards fascism. Whether this is knowing or unknowing is irrelevant. 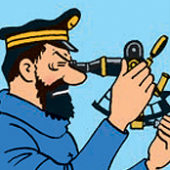