​It’s Rosh Hashanah this weekend and this week was packed at work.  That’s my way of saying this isn’t going to be much better than an open post.

​Rosh Hashanah begins the ten days of penitence leading up to Yom Kippur.  I don’t claim to spend the ten days contemplating my sins this past year but I do get contemplative. I’ve made my share of mistakes but I’m not confessing them here. Noticing this is week 27 of the coronavirus edition is another story.

Truly my state is populated by sheeple.  My synagogue is doing everything remotely so today (Saturday) I attended services via the internet. Well, that isn’t exactly true because our internet has been going in and out for the last two days. You know what really distracts from prayer? Not being able to hear the prayer because the internet dropped out.

​Tell me again how closing houses of worship is not a violation of the First Amendment. doG I hate my governor. What’s worse, I’m getting bit angry with my congregation. Why are we taking this? Why are we not suing the governor in state and/or federal court?

I have a pretty good idea of the population mix that attends High Holy Days services. There is a good chance our board of directors would either limit attendance or even require we go all virtual to protect the vulnerable among us. I might grumble at this and argue the SCIENCE! of doing so but it would be our choice. Letting the government take this from us feels wrong down to my bones.

​But look, Newsom may at some point worship indoors…someday… in some number… as the mood moves him. I think I read a story about people who sailed across an ocean because they couldn’t worship as they chose.

This week’s music choice. Those commies get it right in the chorus.  Best to ignore the rest of it. 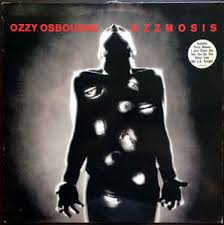 IFLA: The "Finally Some Good News" Edition of the Horoscope for the Week of September 20

Capricorn begins their transition away from being the Universe's butt-monkey as Jupiter returns to direct motion, so enjoy the onrush…