Chris and John hung drywall for a living.   While many jobs around the country were being screwed by government shutdowns to combat COVID-19, the trades seemed to keep chugging along without too much disruption.  It was good being essential.

They had known each other since childhood, and Chris spent most of the daylight hours at John’s house to avoid his dysfunctional mother.  They now worked together and lived in the same apartment complex.  Their ground floor patios faced each other from across the commons area.

Beer was an essential part of the after-work unwind.  Neither of them liked wasting money in bars.  So, they alternated bringing cheap beer to each other’s patio.  Cheap generally being whatever case was on sale at the 7-11 just down the street from their apartments.

Today was John’s turn to grab beer.  He walked across the commons and set the case on the patio table.  Chris ripped the case open, cracked open the can, guzzled it down, crushed the can, and exclaimed “First!”

“This is why I bring you the shittiest beer that I can find.”

They both pulled a chair up to the edge of the patio and grabbed a beer.  There was no reason to put the beer in the fridge or even in a cooler.   It’d be gone before it got too warm.  And by the end of the case, no one really cared anymore anyhow.

From this saddening parody, someone will have to crawl

Crawl through all the dark memories, everyone and all

‘Cause there’s just one way, that you can stand

Life was pretty sweet as far as Chris was concerned.  He and John worked well together and outperformed most of the other crews used by the contractor.  So, they got the best assignments and a certain amount of latitude regarding when they started or stopped each day as long as the work was done.  Money was good enough to pay the rent, buy the beer, and cover a night on the town whenever the urge came.

The apartment wasn’t fancy, but it was good enough.  And the neighbors pretty much ignored each other.  No one gave Chris and John trouble if they got completely shitfaced on the patio as long as they didn’t leave trash lying around.

But nothing good lasts forever.  The old man three doors down passed in his sleep.  The manager of the complex cleaned the apartment and turned it around in less than a week.  That’s when she moved in.

She was a 40-something bleach-bottle-blonde who wore enough costume jewelry to rattle when she walked.  She put planting boxes on her patio and tended them every day.  And she bitched at everyone about everything.   The kids in the common area were too loud.  The lawn service got grass on her patio when they mowed in the morning.  People who grilled on their patios got smoke into her apartment.  She spent inordinate amounts of time on her cell phone complaining to someone about something every day.  And one other thing was certain.  More than anything else, she didn’t like Chris and John, and she didn’t like seeing them drinking out on the patio every night.

All we have is here and now, tomorrow may not come true

There’s a million people, who walk this ground

A million people maybe not, a human one at all

There’s just one way that we can stand

It was a Friday night after a long hard week.  Chris and John had put in long hours Monday through Thursday earning that glorious OT.  It was Chris’s turn to buy, and they hadn’t been out on the patio all week.  Some kind of not-too-shitty beer was on sale, and Chris decided to pick up two cases.   They had plenty of catching up to do.

John had ordered pizza and wings for delivery.  He was at the door paying the driver when Chris got to his patio.  Chris plopped into a patio chair and cracked open a beer.  John put the pizza box and wings on the patio table and grabbed a slice.

Karen walked out onto her back patio across the way and yelled, “You boys need to put on masks.”

“Hell if I know.” Chris replied.

Well they might be on the fire escape, could be down the hall

They could be watching every move you make

Through the pinhole in the wall

On the drive to work Monday morning, some asshole ran a red light and hit Chris’s car broadside just behind the driver’s door.  Chris’s body took a beating – massive bruising, a few cracked ribs, and several lacerations.  The ER doctor patched him up as well as possible and sent him home with a script for OxyContin.   Chris was instructed to make an appointment with his regular doctor for any follow-up treatments.

His doctor gave him a note for work.  The boss was told to expect Chris would be out for a month or more.  The doctor provided a script for a week’s supply of OxyContin.  If Chris needed more, he would have to go back to the doctor.  Chris was told to take it easy, get some rest, and avoid alcohol while taking the pain-killers.

John stopped by after work a few days later to see how Chris was doing.  He brought a case of beer along and they sat out on the patio drinking.   John asked how Chris was feeling, and Chris said the pills were mostly keeping the pain at bay.   Then Chris popped an OxyContin into his mouth, crushed it between his molars, and washed it down by chugging the remainder of his beer.

John was floored, “Dude, that stuff will kill you if you do it that way.  You need to put the booze down man.”

John stopped bringing beer with him when visited Chris after work.  Didn’t matter, you can get almost anything, including beer, delivered to your home in the time of Covid. Script refills, however, required a visit to the doctor and then a trip to the pharmacy.  His car was totaled, but Uber got Chris anywhere he needed to be.  Thus, Chris was always well stocked with pills and beer.

John came over most nights, trying to keep Chris safe.  But no matter how much John bugged Chris about the pills and beer, Chris just kept popping pills and drinking cheap beer.  So, John eventually stopped coming over.

There’s good and evil, love and greed and they’re all inside of you

And just as sure as gravity, no one escapes this law

‘Cause there’s just one way, that we can stand”

After a month and a couple of days from the accident, Chris was cleared to return to work.  But the doctor wouldn’t give him more refills for the OxyContin.  He just spouted nonsense about being unable to keep providing scripts because the government was keeping track of shit and he didn’t want to get in trouble.  So, Chris found a guy that hung out near the job site and bought Oxycodone for cash money.   Which was great because he didn’t have to chew the foul-tasting pills first.  He just swallowed them down.

John told the boss he wouldn’t work any shifts with Chris, so Chris started the week with a new crew.    Three days and three different crews later, it was clear that no one was willing to work with Chris more than once.  So, the boss caught up with Chris at the end of the shit and said he was sorry, but he had to let Chris go.   He then handed Chris an envelope with his final check and a little something extra as a small severance.

Chris picked up a couple of cases of beer on the way home and started right in.   When “Karen” got home, she looked out the back window and saw crumpled beer cans scattered all over the common area.  She marched out the back door and immediately started yelling at Chris.  And this time, Chris started yelling back.  When she inevitably got around to questioning his manhood, Chris hit the breaking point.

“I’m coming for you Karen.  You better lock your front door Karen.  Don’t make it too easy for me Karen.”

Chris walked through his apartment and out to his truck.  He lifted the cover on the bed of the truck, opened his tool box, and grabbed a drywall hammer.  When he got to her front door, he smashed the door knob completely off with one swing with the hammer.   The door offered little resistance when he slammed his shoulder into it.

She stood in the middle of the living room yelling at the 911 operator on her cell phone.  When she saw Chris, she turned her attention away from the phone and started yelling at him.  Chris had a moment of confusion when she didn’t turn and run.  She didn’t seem frightened at all.  She just stood there and kept yelling and yelling, and then she started wagging her finger at him.  That’s when he buried the cutting edge of the hammer in the middle of her forehead.  She dropped to the floor like a sack of potatoes.

He bent over to grab the handle of the hammer and gave her a few more good whacks, but this made him feel dizzy.   So, he stood up, stepped over her body, and then entered the kitchen.  The fridge was immaculate and well organized, but there was no beer to be found.  There was, however, a bottle of cheap chardonnay in the door with a kangaroo on the label.   Chris grabbed the wine and twisted the cap off.   It tasted like crap, but free booze is free booze.

Chris walked out the back door of Karen’s apartment and onto the patio.   People from all over the complex were standing on patios and balconies staring at him.  He smiled and waved.  Most of the people turned and scurried into their apartments, but a few sheepishly waved back.  Chris stumbled his way back to his own patio.  He finished the bottle of chardonnay and chucked it out in to the yard.  Then he collapsed into a chair.  He heard sirens in the distance just as the double vision was setting in.

So when you wake up in the bushes, passed out on the lawn

And suddenly it dawns on you that mother wasn’t wrong

It all comes back like deja vu, you just can’t help but recall

‘Cause there’s just one way that we can stand 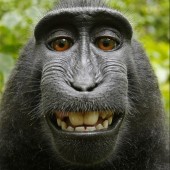 [caption id="attachment_64007" align="alignright" width="174"] They're not good.[/caption] The Cowboys are shit. The Chiefs aren't. The World Series starts tonight (nobody…

[caption id="attachment_63973" align="aligncenter" width="450"] Have we seen this before?[/caption] In a completely never-before-seen post, I bring you Links for this…