Are You Doing Better Than Your Parents? A GlibFin Tangent

Shirtsleeves to shirtsleeves in three generations. That’s the cliché and it works because it is a little true. Statistically it has to be true, people and families are always going up or down the distribution.

There are always exceptions to the rule (think about the stereotypical blue-bloods) but the few families I’ve encountered that buck that trend have a really strong feedback mechanism built in. One family I know has had a large summer home on Torch Lake (Michael Moore is a neighbor) since 1910, but the requirement is that the family member that inherits it has to BUY it from the others at something like market price. The current owners are both college professor phd’s. Their kids that I know of are both smart and successful, but in a middle-class fashion, there is no way they can pull off that transaction again. Maybe there are other cousins? I’m curious how it will play out, but I expect it will soon be sold outside the family. Still, 110+ years is a good run.

Let’s take a poll, how are you doing financially compared to your parents?

How do you feel about that? Me, I’m doing a little worse and I’m ok with that, but it is disappointing to not be creating a legacy. My grandfather immigrated from The Netherlands in 1929, just in time for the great depression. He worked structural steel, buried one wife from cancer leaving him with 4 young kids, and while he was a kindly grandpa, he was a tough man living a hard life. His life’s work netted him a paid off house and a pension of less than a thousand dollars a month, no idea of his savings but it wasn’t much.

My dad barely graduated high school, went to Viet Nam, came back and worked structural steel while going to college at night, rehabbed two houses while doing so, with kids (one of these paid for my and my sister’s college). He joined and worked his way up through a company, eventually becoming COO and serving on a board. He retired with five rental houses, a six-figure pension (worth several million dollars if it were an annuity), a 401k and a paid off house, and he and my mom earned every bit of it through disciplined spending, having savings to invest at the right time, and putting in the work to learn and execute a job growth strategy.

I had my college paid for, work as a software developer, non-management, and I sent over a quarter million out the door in a divorce. I’ve earned more in cash at every stage but won’t come close his peak earnings and I don’t have the grit, the personal discipline or inclination to save and invest nearly as much, and where they made smart key decisions, I made sub-optimal ones. I’ll likely retire with mid-high five figures (annually) from a 401k, assuming it makes it that far, plus my own house, and it will fairly reflect my abilities, choices and the changed savings landscape.

How are your kids doing or likely to do? I have three daughters, 20, 17 and 2. My 20 year old is blue collar again. She’s a firefighter/paramedic and she’s doing just fine, but her total lifetime earnings are going to be less than half mine, probably much less, and she is unlikely to marry someone high earning, in the unlikely event that she marries (she’s just not interested). I hope that I have set her up for success (college savings, have cash, avoid debt, buy used cars, save/invest, invest in things you understand) but it is too soon to tell.

17 is on a university track and will graduate with no or minimal debt (assuming I remain similarly employed) but at this point wants to go to grad school in natural science. She is on her own for that and I’ve explained that she should not go unless someone else is paying but kids don’t understand that. As a biologist or scientist (or mom), her lifetime earnings will be substantially lower than mine. Neither displays the same level of planning or drive I or their mom had at that age and I had less than my parents, so it seems likely they will accumulate less overall. No idea where 2 will end up, she’s the smartest kid ever (for now) but I will be nearing retirement when she graduates high school.

What does it take to create a continuous upward trajectory for family? I dunno, I kind of failed for the older two.  I’m trying to get them involved in my financial planning and decision making so they can see what it looks like but they don’t care at this point, I should have started earlier. They are good at earning and saving but they still struggle with budgeting or even understanding why budget.

They have not yet made the transition to planning and investing, but that took me about 15 years as an adult to get mostly figured out, with some major errors along the way. Being squeamish about what adults really earn/spend/save, hiding reality or where you are struggling doesn’t do your kids any favors, it means each generation must learn it anew and learns it too late. I think that learning personal finance early and in your bones is the only way forward and would have been a greater gift from my parents than my college degree.

Is there a larger point to it all? Not from me. This is America, the land of Opportunity. If you’re a penniless immigrant with a dream, you can make it. If you’re a brain-dead scion of a political dynasty, you can make it. But for every one of those, there is another of us, doing OK, or maybe drinking and slacking a little bit too much, without the right connections, or just looking at our lives and thinking it’s good enough. These stairs go both ways, it’s OK to pick a level, they’ve all got big screen tv’s and air conditioning these days. 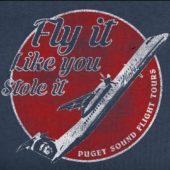