What Are We Reading for November 2020

How Not To Piss Off Your Post-Partum Wife. TPTB can’t tell if it’s working.

I picked up Frontline Madrid by David Mathieson by chance at the used book store.  It is a history buff’s guide to the Spanish Civil War.  It is a reasonably quick read that outlines the underlying factors leading up to the war, and the major campaigns of the war.  As mentioned, it is a history buff’s guide and also gives instructions on how to get to various locations/historical landmarks within the city and out, so one can visit if they are so inclined.

Fumento basically disappeared some years back after a hit job on his financing (he had worked on a grant from Monsanto some years before the book was written). It is interesting and telling that it is not equally “scandalous” that scientists getting government funding then advocate for more government power and regulation.

I’ve been slowly perusing some fairly mindless Welsh mysteries, mostly because I have Welsh heritage (if you do, as well, and are in the Pittsburgh area, you’re probably related to me), but you can’t really tell they are supposed to be taking place there. Ah well.

I like the main character, DI Winter Meadows, but the plots are fairly easy to suss out. However, for something to shut my brain off right before I go to sleep, they work.

Any recommendations for something in the mystery/thriller line that’s a little more challenging? I have read widely in these genres, so suggest something a little unusual, please!

On a reference made by Heroic Mulatto, I’ve been re-reading the Fafhrd and the Gray Mouser stories by Fritz Leiber. I had read many of them when I was younger but never revisited them after I grew tired of fantasy and basically gave up reading it for a couple of decades.

Now, reading them in publication order, it is just amazing how many types of stories Leiber was able to write using the same characters. Stories with them as the best of friends, stories with them ensorcelled to being at best frenemies, stories where they appear as characters in other people’s stories.

Leiber literally created the phrase “swords and sorcery,” but the real magic was in the writing. This huge anthology is consuming me as I consume it.

Fork-Tailed Devil: the P-38 by Martin Caidin. I’m about halfway through it. It’s chock full of information about the development history of the plane, anecdotes from various pilots, and the roles it played in the African, European, and Pacific theaters. Twin turbocharged AND supercharged engines with 1600 horsepower each. The plane was able to reach over 40,000 feet, but the cockpit was not pressurized OR heated, so the lonely pilot and his oxygen bottle were a bit chilly. There’s a lovely story about a pilot surprised by a flight of three Zeros who shoot out one of his engines. He manages to feather the stationary prop, go full power on the other engine, stand on the rudder, and slowly pull away from the Zeros pursuing him. Delightful so far. I highly recommend I finish reading it. 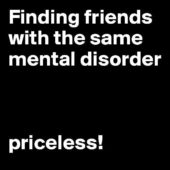