IFLA: The “Very Specific” Edition of the Horoscope for the Week of March 28

While this week doesn’t start off with anything, on Monday all of the inner planets get together and form an en tierce arrangement with the sun, moon, Venus and Earth on the major axis and Mercury and Mars on the minor.  The minor axis is the initiating event or the event of primary influence.  Because of the plantes involved and where they are (Pisces and Gemini), This event is “A man [also warrior, modern attitudes of gender roles make this less clear] is caught in a lie [or previous decepton revealed].” The major axis is the event of main interest, in this case it’s obviously referring to a woman.  Unfortunately it’s difficult to determine which woman we’re talking about since Aries being involved gives characterizations of both “strong willed” and “peevish” (though both could be true.) What’s easier to determine is what/why she’s doing it — the Moon in Libra indicates she is acting with either the intent or the effect of “justice.”  A woman kicking some guy to the curb because he’s a liar is an excessively common event, so typically not the sort of thing that the stars would care about.  There must be something special about this particular case.

But it definitely happens on Monday, because that arrangement falls apart quickly, and there’s nothing else interesting happening until next week (next week from the point of view of when this is published).

Virgo:  Ace of Coins reversed – The evil side of wealth, bad intelligence

Sagittarius:  10 of Cups – Contentment, repose of the entire heart; the perfection of that state; also perfection of human love and friendship 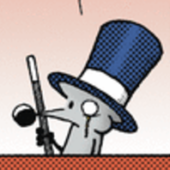