Growing up, my favorite shows included The Dukes of Hazzard, and The Jeffersons.  A clever person may detect a theme and an influence on my politics.  Which is another post.  Regardless, the line from The Jefferson’s theme song about ‘movin’ on up’ has stuck with me.  That aspirational desire to have a dream home.  While a deluxe apartment in the sky may have been George and Weezie’s dream, my piece of the pie looks a little different.

My wife and I have been married for 16 years in January of 2021. While our relationship isn’t traditional, it’s had some shared foundations that have made it work.  And one of those has been working toward a goal of owning our own home and a piece of land where we can be “retired” by the time we are 55.  We’re almost there.  A combination of living below our means, some good moves in real estate, our jobs going permanent remote, and a bit of luck with a dead uncle we didn’t know we had, have put us in a position to be about 5 years ahead of the plan.  We’ve gotten the chance to Move On Out

We completed the purchase the middle of December, but the sellers rented the place back from us through the end of January / Early February.  We moved in the first weekend in February and then got the Icepocalypse ’21 version our first full weekend here.

When we started looking for the place last Fall, we wanted something in rural Oregon, with at least 20 acres and a house.  Apparently, your options are either a trailer or an estate.  We spent weeks searching listings and creating a list of potential properties to look at.  Our real estate agent, who is a champ, best agent I’ve ever worked with, scheduled visits for 5 properties in one day.  We could have stopped at 3, because we fell in love with the place.

Located on 20+ acres in the coastal mountain range of western Oregon, the property is a nice combination of forested and pastureland.  The former owners had horses and their various interconnecting paddocks will work well for our future plans.  We have both full year and seasonal creeks that pass through the property.  The back slopes up toward a ridge line.  The neighbors all have plots of land at least as large as ours.  The area is rural.  Mostly wine country, farming, and some tree farms.  We’re still working on meeting the neighbors.

We’re well away from the city.  While we aren’t as secure as Animal, it meets our objectives of being a place to build a small hold, far enough away from the city of things go sideways we are better able to sustain ourselves than in the city or the burbs, and if things do manage to hold together it’s a good place to make our dream home. A bit more on this below

Sitting on a hill…

The house is an architecturally interesting structure.  Built in a square 60’ x 60’ layout, it has two levels, and clocks in at around 6000 sq. ft.  The roof is tile and the front porch has a bit of a hacienda feel. Overall construction is timber frame with exposed beams.  The timbers were from trees felled on the property when it was built. There’s a central 20’ x 20’ atrium on the top floor with a 25’ ceiling.  And the earth column it sits on is the center of the lower level.  This provides some temperature stability for the lower level and allows growing plants on the upper-level atrium.  Top floor walls are pine wood boards, and the floors are a mix of stone and engineered hardwood.  The lower floor rooms have sheetrock walls.

Yes, the bar is going to be filled.

There are a total of five bedrooms, three of which have their own bathrooms.  And one additional bathroom.  There is a living room, dining room, kitchen, and two bedrooms all laid out around the atrium upstairs.  There are three fireplaces, one of which has a wood stove insert. Downstairs is like some weird square architectural donut with the media room/den, three bedrooms and exercise room, as well as an unfinished space all built along the perimeter with a central hallway that runs around the square bit of enclosed earth that is the base of the atrium.

The beams were made from timber harvested on the land.

Outside there is a 40’ x 40’ patio with hookups for a hot tub and a built-in fire pit.  It has a nice view of the backside of the property and the barn.  I mentioned the former owners were horse people, so there’s a nice 8 stall barn with a lean-to, a tack room, power, and water where they kept horses. It’s a 75’ x 47’ structure.  The shop is a 30’ x 40’ metal building with a concrete floor. It has two interior rooms and a toilet and sink, as well as its own woods stove.

From our recent snowfall.

The future plans involve getting the property to generate some income and to finish turning the house into our dream home.  As you can see, the kitchen needs some updating.  Apparently, the original owner hired the interior decorator from Burger King corporate circa 1984.  I’m getting quotes on remodeling that room.  Probably going to pull out the cabinets and redesign it. I do not need a range, two ovens, and a separate cooktop, the sink and fridge are oddly placed, and I want to have propane not electricity for cooking.   The library/study bedroom needs the floors redone but that’s a low priority.  And I can do it myself.

Downstairs, the bedrooms need some paint, and one of them is going to become my office and private bedroom for when I have lady friends over.  The exercise room will be a rope studio.  The biggest change is finishing the unfinished area.  That’s going to become a second kitchen, and then we’ll put in some walls to make a full apartment that we can either rent to friends or setup as a a vacation rental.  It will have its own entrance.

Outside, the patio is in for some changes.  I’m going to setup a hot tub, an outdoor shower, and possibly an outdoor sauna, as well as build a pergola over the firepit.  The barn doesn’t have much change in store yet, though next year we’ll be getting some sheep and chickens and maybe a couple of hogs.  The chickens will be for eggs primarily and some meat.  The sheep are going to be for wool, milk (to make sheep cheese), and meat.  And the hogs will be mostly for guarding the sheep.  There’s a particular breed of those the wife has selected.

We’ll be planting fruit and nut trees, learning to be beekeepers, and planting fruits and veggies.  The wife is working on learning perma-culture methods as this is more about having food for ourselves and a bit to trade or sell, not a large scale business.  The shop I will setup with some wood and metal working tools. I’d like to be able to do a bit of everything in there; forging, machining, reloading & gunsmithing, as well as basic carpentry.  Oh, and build a range on the property somewhere.

Our vision, our version of moving on up is that in 5 years we’ll have a place that is relatively self-sufficient and that serves as a retreat for our family and friends to spend time. A redoubt in times of trouble and a paradise in times of plenty.  It’s the kind of vision that doesn’t happen all at once, and it often changes in the details as you go.  We’ve made it this far with it and I look forward to where we go from here.  Thanks for letting me brag a bit. 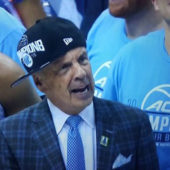