This is the first in a series of articles on the latest effort to push back on and reign in New Hampshire’s governor’s COVID-19 State of Emergency.   Currently, Reopen NH and other groups are working through the NH Legislature to end the State of Emergency and to rewrite parts of state laws to prevent such a situation from happening again.  You’ll get to see a little of how the sausage is made.

This first article will be a bit long as I want to include some disclosure information and some background information.  I’ll refer back to this article from subsequent articles so I don’t repeat myself.

In the interest of full disclosure:

I have donated money to Reopen NH and to The Liberty Defense Fund of New Hampshire. Reopen NH will come up often in these articles.  I heavily rely on Reopen NH’s e-mails and bill tracking to obtain information about legislation related to the governor’s emergency orders.  The Liberty Defense Fund of New Hampshire is handling the case of a Bedford, NH bakery owner who is fighting back against emergency order violations.  She would benefit if HB 63, one of the subjects of this article and possibly future articles, passes into law.

I have attended events run by the New Hampshire Liberty Alliance (NHLA) and the Free State Project (FSP).  Both are organizations I will mention in these articles.  I am very close to signing up for a paid membership in the NHLA.  Most everyone in the NHLA I have met are also FSP activists. I signed the FSP pledge many years ago, but voted for states that aren’t New Hampshire.  I drifted away from the FSP after they announced which state members would move to.  I’ve been harsh on the FSP, but my opinion has changed as I have seen the gains the FSP and NHLA have made.

I did a little work for a candidate for state representative in 2020.  This candidate received endorsements from Reopen NH and the NHLA.  The work was minor and unpaid.  The candidate won.  I won’t name the candidate because I’d risk doxing myself.  The person is involved in pushing back against the governor and rewriting laws around emergency powers.  This person will appear at some point or points during this series.

Background on the State of Emergency

On the 13th of March, 2020, Governor Chris Sununu declared a State of Emergency due to COVID-19.  He based his authority to do so on RSA (Revised Statutes, Annotated – NH’s law code) 4:45 and 4:47.  Over time, he issued a variety of emergency orders closing businesses, shutting down churches, prohibiting large gatherings, mandating masks, and other things.  Eventually, he rescinded some of the orders.  At the height of the business shut down, a former state legislator founded Reopen NH.

Reopen NH held a series of protests.  I attended several and wrote about them for this site.  The articles were on the first, second, third, and the beach rally.

The principals at Reopen NH decided that the best course of action to fight the governor and prevent a future governor from taking similar action would be to go after the state legislature.  Reopen NH endorsed a number of candidates for the Legislature and Executive Council.  For legislative candidates that made it to the general election, about 70 won their elections.  For the Executive Council, one endorsed candidate lost his primary.  Two endorsed candidates made it to the general election.  Both of those candidates won.

I’ll cover some things not mentioned in the Wikipedia article on the NH Legislature I linked above.

For the 2021 session, the State House is closed to the public.  The Senate has moved all business to Zoom.  Despite Democrat efforts to move all business to Zoom or some other remote system, the House will hold only committee hearings via Zoom.  The full sessions of the House are in-person.  Initially for the 2021 session, the House held outdoor sessions at the UNH campus as UNH officials had reservations about the House having indoor sessions at UNH.  I suspect the reservations are actually due to some representatives not wearing masks and drinking beer during the 2020 sessions at the Whittemore Center.  The House has moved to a sports complex in Bedford, NH.

Sign-ins for committee hearings for both chambers are now on-line.  The NHLA has instructions on how to sign up for the hearings.  There is a form on a web page which you use to sign up for a hearing.  You need to know the date, the committee, and the legislation’s bill/resolution number.  During the sign-in, you can state whether or not you support the bill and whether or not you wish to give testimony.  You need to provide your name and contact information.  When you are done, the form gives you the Zoom link for the hearing.  Sign-ins close before the committee hearing so that the committee chair knows how many people plan to speak.

HB 63 is one of Reopen NH’s top legislative priorities.  The bill, if passed into law, will reverse all enforcement actions against violations of the governor’s emergency orders.  There has been more enforcement of the orders than the above-mentioned bakery.  The NH Liquor Commission has revoked liquor licenses for violations of the governor’s emergency orders.  Two examples are Whiskey’s 20 and Jewel in Manchester, NH.  The state government has issued fines against businesses for violations such as the fines against What a Bagel in Nashua, NH and Checkmate Pizza in Concord, NH.  The bill passed the House on a vote of 188-169.  As the bill has a financial impact and has not been through the House Finance Committee, it will go to the House Finance Committee before heading to the Senate.  The Union Leader and WMUR have covered the vote on the bill.  Reopen NH issued a press release about the vote.

HB 187 is a bill restricting the powers of the NH Department of Health and Human Services during an emergency.  Reopen NH supported the bill.  The bill passed with a vote of 333-6.  It will go to the Senate.

HB 365, if passed, would allow the state to certify Federal law enforcement to enforce state law.  Reopen NH was concerned this would lead to the expansion of enforcement of public health edicts.  The House killed the bill with a vote of 260-89.

HB 440 was originally intended to be a bill preventing a governor’s emergency orders from interfering with the free exercise of religion.  I read the original bill text, and it enshrined the idea of “essential services” in state law.  Another legislator introduced an amendment which rewrote the bill to remove mentions of “essential services” and also expand the protections to all enumerated rights in the US and NH Constitution.  I saw the amendment text, and I liked the amendment except for the idea of having a law which in effect says, “The Constitution does not have a scary virus exception.”  The amendment text is not yet available on the legislature’s page for the bill.  Reopen NH supports the bill.

I attended the House Judiciary Committee hearing on the bill on Feb. 26th, 2021.  I did not stay for the whole hearing.  One of the sponsors, Rep. Jim Kofalt, and the author of the amendment, Rep. Mike Sylvia, spoke first on the legislation.  Both answered questions from the committee.  My impression is that both were unprepared.  I was not impressed with their performance.

There was an amusing question when the committee questioned Reps. Kofalt and Sylvia.  One committee member, Rep. Paul Berch asked if this would allow members of the Free State Project to start a church to avoid paying property taxes.  The response from Rep. Kofalt is that the bill is limited to restricting the governor’s emergency powers, and so would not allow setting up a church to avoid property taxes.

A lawyer from Cornerstone, Ian Huyett, spoke during the public comment part of the hearing.  I think he saved the bill, assuming the bill receives a favorable recommendation from the committee.  The lawyer brought up the Binford case where the NH Superior Court ruled that the Constitution can be suspended during a state of emergency.

Just before I dropped off the hearing’s Zoom call, one of the hearing attendees wanted to speak.  The committee chair allowed him to speak.  This person gave an example of an infringement of civil liberties during a state of emergency in an attempt to answer the earlier question about specific infringements of civil liberties during this state of emergency.  Unfortunately, the incident was not during this state of emergency.  The incident was the beating of an elderly woman and confiscation of her revolver in the aftermath of Hurricane Katrina.

According to the House calendar, the committee meets in an executive session on March 2nd.  I think they will vote on their recommendation to the full House for HB 440 at that time.

Reopen NH’s Executive Director Melissa Blasek, who is also a state representative, appeared on the Tom Woods show.  This episode is about a half hour long.  Tom Woods and Melissa Blasek talked about the efforts to end the state of emergency and rewrite laws around the government’s emergency powers.

Activity for the Week of March 1st

Several pieces of legislation Reopen NH is interested in will come up for hearings on March 1st.  The ones Reopen NH supports are:

There is one bill Reopen NH is working to oppose.  That bill is HB 493 which makes it a crime if a person assaults, threatens to assault, or disobeys a business employee after the business employs instructs the person to obey public health mandates, including but not limited to mask orders.  Reopen NH considers opposition to this bill a high priority.

I intend to attend the hearing for HCR 2.  I attend others on if I time.  I will write up another installment of this series over the course of the week. 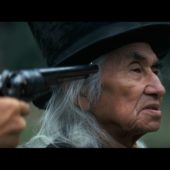