If you have some ideas for possible submissions to the site but can’t seem to stretch any of them out to a full length treatment, you can always swipe a page from Thomas Sowell’s playbook and write a “Random Thoughts” article.

Self-referential jokes are the puns of the 21 century.

That Captain Marvel’s go to move when fighting henchmen was to toss them off things… bridges, cliffs, 5 story parking garages, etc… Yes these were bad guys and they were trying to kill him, but he is invincible, is certain death the proper punishment? It brings to mind the discussion once linked to or brought up here about how many times do you let an infant hit you before you defend yourself.

I have no idea why people complain about the content of either the posts or the comments on this site, do they not have a mouse with a scroll button?

Things I hate about this site-

A.  People linking to one asshole and claiming that “they” are speaking for “x”, I’m tempted to bring back my ‘Name Seven’ schtick. One asshole is not “them”, or ‘The Democrats’ , or ‘the progs’, or ‘the commies’. I challenge all of you to go a week without using “They” or “The – (generic name for people you disagree with)” or “These are the same people who…”

B. Speaking of commies, quit calling everyone you disagree with a Commie ratfucker, “they” (see above) have stripped the terms ‘Racist’ and ‘Nazi’ of all meaning through overuse, you’re doing the same for ‘Commie’. When everyone is a Commie no one is.

Pointing out Hypocrisy is the laziest form of political discourse

Even with listening to a different SiriusXM music station each day of the week I’m getting tired of hearing the same shit over and over. Some stations (LSUG, and Outlaw Country!) do add new music fairly often but most still rely on the same playlists, over and over and over and over again. We need pirate radio, and we need it now!

Every time I encounter one of those “You Are Going This Fast” signs, I am ashamed if my speed is displayed in green with the “Thank You” message underneath, I will speed up until I am breaking the law. Red numbers and “Slow Down” is how I roll, I am a rebel! 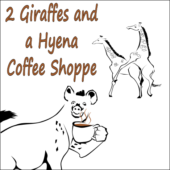