5am. It’s the time that Tom’s Cafe opened every day but Sunday, when it opened at 6am. It was a pastime for members of our fraternity house to stay up all night drinking and then head over to Tom’s for Biscuits and Gravy ($1.50 for a giant plate!). It was a tiny little place, a hole in the wall as they say. There wasn’t even a smoking section, you could just smoke anywhere. Of course, this was several years ago.

After my freshman year, the kind Greek waitress (50ish and showed it in every way) even knew me and my friends by name. In her accent she would always ask, “You boys been playing poker all night again?” Of course we answered “yes”, no matter what our previous night’s antics entailed. She seemingly loved us and only one time did she ever seem annoyed with us. She didn’t like the morning that we were literally falling over, I guess it didn’t go over well with the family environment.

My first time heading to Tom’s was quite an adventure. It was probably my second week of college. As I stayed up drinking all night with a group of guys, they kept saying this place, Tom’s, would be open soon and we’d get breakfast. I was all for it. They really talked the place up and I was getting excited as my drunken stupor intensified my hunger. It was almost 5 and there were about 12 of us getting ready to go. Now, it was close enough to walk, but being lazy and in a place where minor consumption’s were the norm, driving seemed like a better option (at the time, I was young and dumb, that’s all I can say).

So simple, so delicious.

The group that was raring to go was almost all freshman, save for two seniors. No one in the group had a car, especially not one to hold all 12 people. That led us to a another quite wise decision, we went into Adam’s room and took the keys to his truck. Clearly, drunken driving a stolen truck with a bunch of people in the bed was a great idea. I hopped in the passenger seat next to Brian and everyone else made their way to the bed. We proceeded to Tom’s uneventfully. There I had the best breakfast I may have ever had. And I met that wonderful Greek waitress. What a great experience. And it really brought on our second wind.

We hopped in the truck to head back. I snagged shotgun again and we were off. The crowd in the back of the pickup got a little rowdy on the way home. There was some yelling, maybe throwing of a beer can or two, and even one guy trying to “surf” around the turns. I don’t know it how it happened with us being so inconspicuous, but a fine law enforcement officer somehow saw us. Brian saw him as we passed by the 7-11 where he was sitting. Brian knew, being an intoxicated minor and all, that we could be in some serious trouble. He turned onto an alley, hoping the officer didn’t see us turn and allowing us to get home. It was only four or five blocks at that point.

Brian wasn’t so lucky though. In that alley, as the sun was fresh in the sky, the lights turned on behind us. Brian looked at me like he wanted to run. I just looked at him and then looked back at the group in the bed. There was no way to run without flinging people out. Brian hung his head down and pulled to the side of the alley.

The officer walked up to the window just glancing at the overcrowding of people in the back. He asked Brian where we were going and Brian pointed down the street said “just a few more blocks”.  He asked for a license and registration. Brian fumbled around looking for a registration. It dawned on me at that point that we never asked to take the truck, it was essentially stolen. He found it and handed it over. The officer looked rather annoyed, but hadn’t said anything about the large drunk group. As he walked back to his car to run the license and registration he looked at the 10 wary folk and said, “It smells a lot like booze, boys.” At that point the only person who was 21 in our entire group chimed up, “Well officer, that’s because we’ve been up all night drinking.” Laughter broke out among a few, as others looked shocked by the comment.

The officer spent some time back at his car. I assume checking for any open warrants. When he returned, he asked if we had permission to be in Adam’s truck. We assured him in our staggered speech that we did. He asked how far we were going one more time. We told him the cross streets. He had a certain look on his face, a little bewildered, or maybe just a little overwhelmed. But he looked at us, then looked at the 10 drunks in the bed, then back at us. His voice got very stern as he looked Brian straight in the eyes, “I want you to head straight home, do not stop anywhere. And I NEVER want to see your faces again.” Brian replied quickly and affirmatively, “Absolutely sir.” We headed straight back with no further issues. Brian put Adam’s keys back and the event was over.

My own thoughts on why he let us go are fairly simple. He thought he was going to have an easy shift. It was after 7am when he pulled us over. He didn’t want the headache of dealing with a bunch of paperwork. I think he just wanted his donut and an easy shift. Maybe he felt a little sympathy for a group of kids, but I doubt it.

We were also lucky that he was a city cop. I have no doubt that the University Police would have taken us all to jail. It’s something they loved to do, minor consumption’s were easy busts for them. And we were in one of two counties in the state that didn’t ticket arrest for minor consumption’s, but actually took you to jail. And I’d like to tell you that we learned our lesson and never drove drunk to Tom’s ever again, but that would just be a lie. 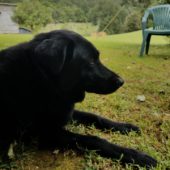